Vertigo presents a trans-disciplinary challenge and it is therefore understandable that the neurologists establishing guidelines also include Menière’s disease, a disorder of the inner ear. Unfortunately, Menière’s disease causes not only vertigo in affected persons but also uncertainty among treating physicians, since even the etiology of the disease is uncertain—except for the physical final stage.

It is perfectly understandable that the authors present their research into the subject. Even though it seems highly unlikely that a detected increase in circulation (in animal ears) can actually influence the course of Menière’s disease (2). We fail to understand, however, why the Cochrane analysis on betahistine was not included in the certified CME article, whereas it was included in the report on reliably effective intratympanic gentamicin therapy. In the analysis it says that, although the drug is well liked by prescribers, a review of the seven studies accepted by the reviewers, which included a total of 243 patients, could not find evidence that betahistine works. It is stated in the review that most of the commissioned studies show favorable results, but are not valid (1).

The observational study cited by Strupp et al.—their own—has at best important limitations, like its follow-up study, which raises doubt as to what type of vertigo can be assessed regarding its course (3).

Even though the limited space of a reader’s letter leaves little room for substantial discussion, the suggestion seems that betahistine influences patients’ and treating physicians’ hopes rather than the Menière’s disease itself.

What is left out in this context is the fact that disappointed hopes constitute a serious adverse effect. We furthermore think it is tragic that betahistine in the meantime is prescribed far too often in cases where Menière’s disease is only suspected. 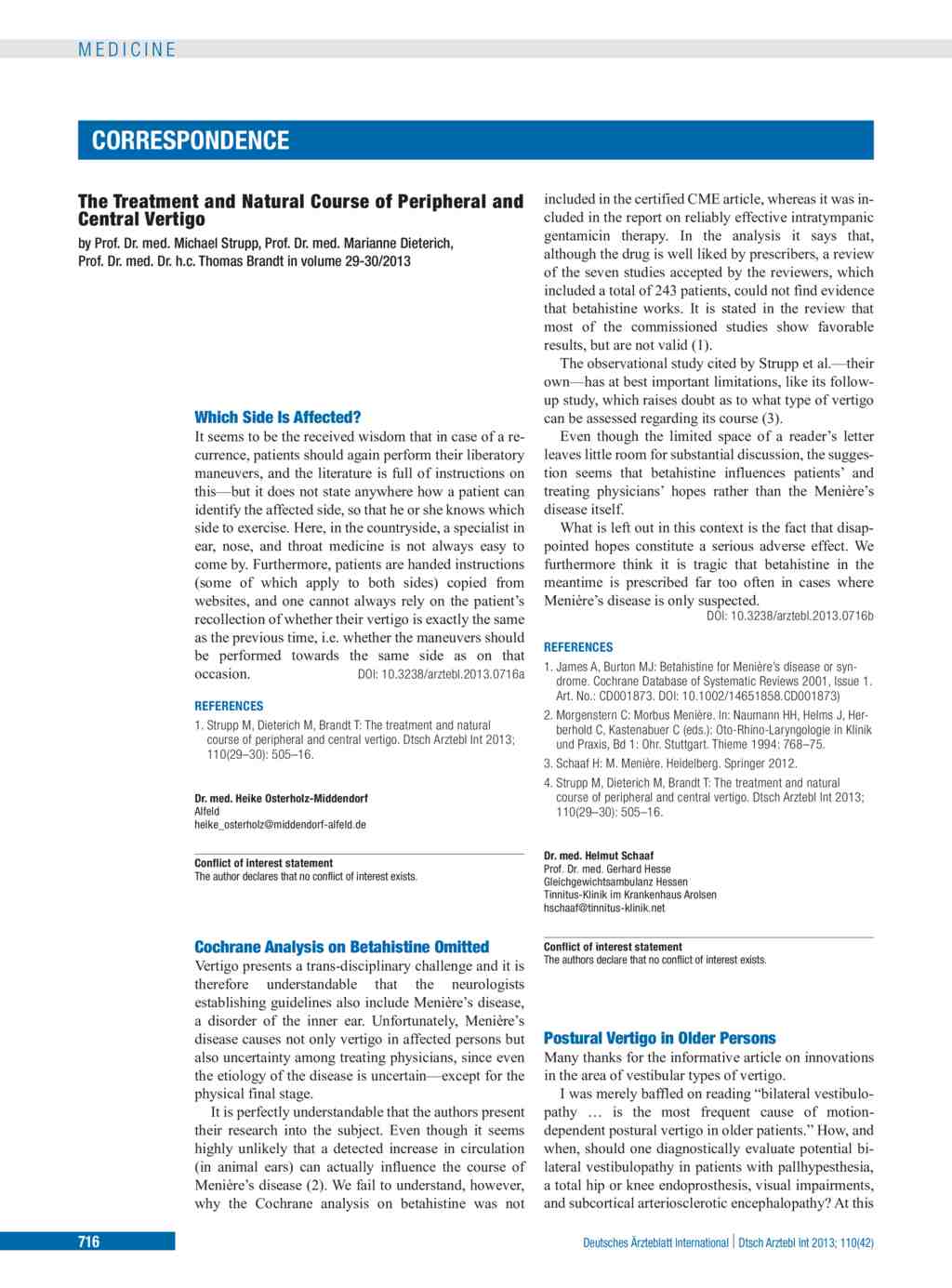