I would like to sincerely thank the authors of the review about brain development in adolescence (1). With their paper, they contribute to a differentiated approach to a sensitive issue which at times is dealt with in a very simplifying manner.

I very much agree with the key statements, but would like to highlight another aspect: Underlying the described maturation processes and an asynchronicity of their distribution over the cortex, there are in parallel neuromolecular analogies, which again correspond, rather phenomenologically, to two poles or “basic needs“ (i.e. functions of development and maturation) – seen from a biological perspective, one could thus refer to “protection and connectedness“ on the one hand, and “autonomy and freedom“ on the other (2). While maturation occurs earlier on the lower limbic levels, the upper limbic or paralimbic areas reach “maturity” later and then lose plasticity, a phenomenon which may also be due to the effect of dopaminergic groups of neurons in the mesolimbic-mesocortical network (2, 3).

The endogenous reward systems not only control affective-emotional conditioning and the “memorizing“ of corresponding contexts, but obviously also social integration and control, although not at the same time. Essentially this ability seems to be maintained beyond adolescence, which occurs to be highly relevant from a medical perspective, because decisions in terms of lifestyle and health behavior, or the active change of it, over the entire lifespan depend on those reward mechanisms, and on an only slowly maturing (i.e. unceasing) integration and control ability. Subjective quality of life and life satisfaction seem to be influenced by it as well (4). Health promotion interventions should make larger use of that knowledge, not only in adolescent medicine (2, 4).

The author has received honoraria for research projects initiated by him from Stiftung Humor Hilft Heilen, the Oberberg-Stiftung, and the Samueli Institute. 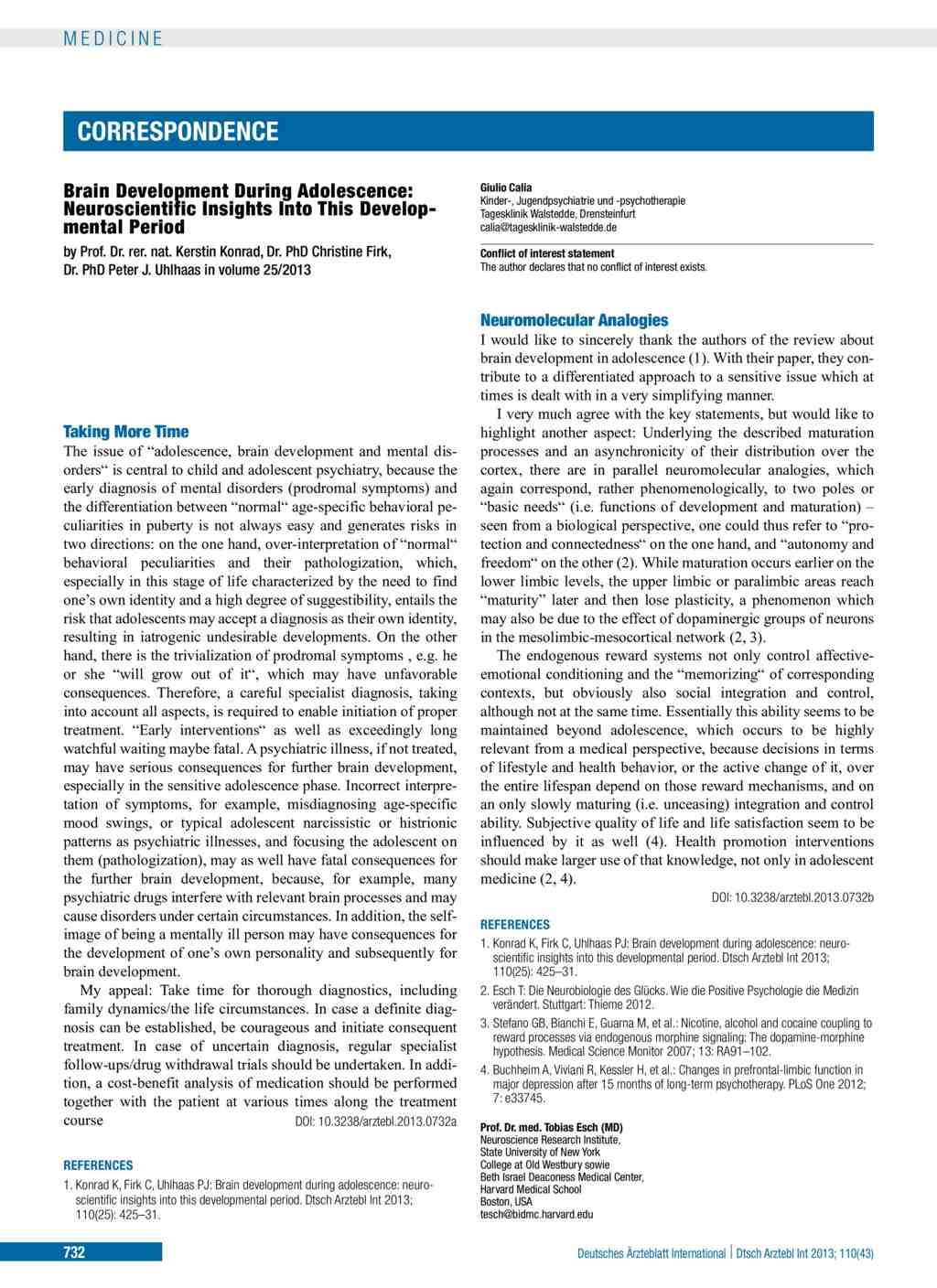