Almost all the arguments listed by Schott et al. (1) as the basis for their criticism of the evaluation of efalizumab are invalid. The cited NICE guidance TA103 (2) is not a guideline but a technical appraisal (3) of the cost effectiveness of efalizumab and etanercept; it is therefore not comparable to a clinical guideline. Contrary to their statement (Table 2 in the article)—“efalizumab is explicitly recommended for induction therapy. This recommendation is inconsistent with the drug’s approval status”—the authors omit to mention that:

The assertions in Table 2 of the article, that the NICE guideline “contains no statement concerning the effects of efalizumab on health-related quality of life […] and concerning the efficacy of efalizumab in previously treated patients,” are incorrect. The TA 103 documents (p 13, 4.1.2.2.): “DLQI outcomes were reported in four trials, all of which reported a statistically significantly greater reduction in patients taking efalizumab” and comments regarding efalizumab and etanercept (p 18) that “… these drugs … were as effective in patients who had not responded to other available treatments as in those who were treatment naive” (2).

The allocation of evidence levels was done methodically under the supervision of the AWMF and strictly according to AWMF regulations (4). The recommendation for efalizumab (on a grey underlay) requires a consensus based statement from all authors. Schott et al. should be invited to submit a correction.

On behalf of the German psoriaris guideline group 2006. 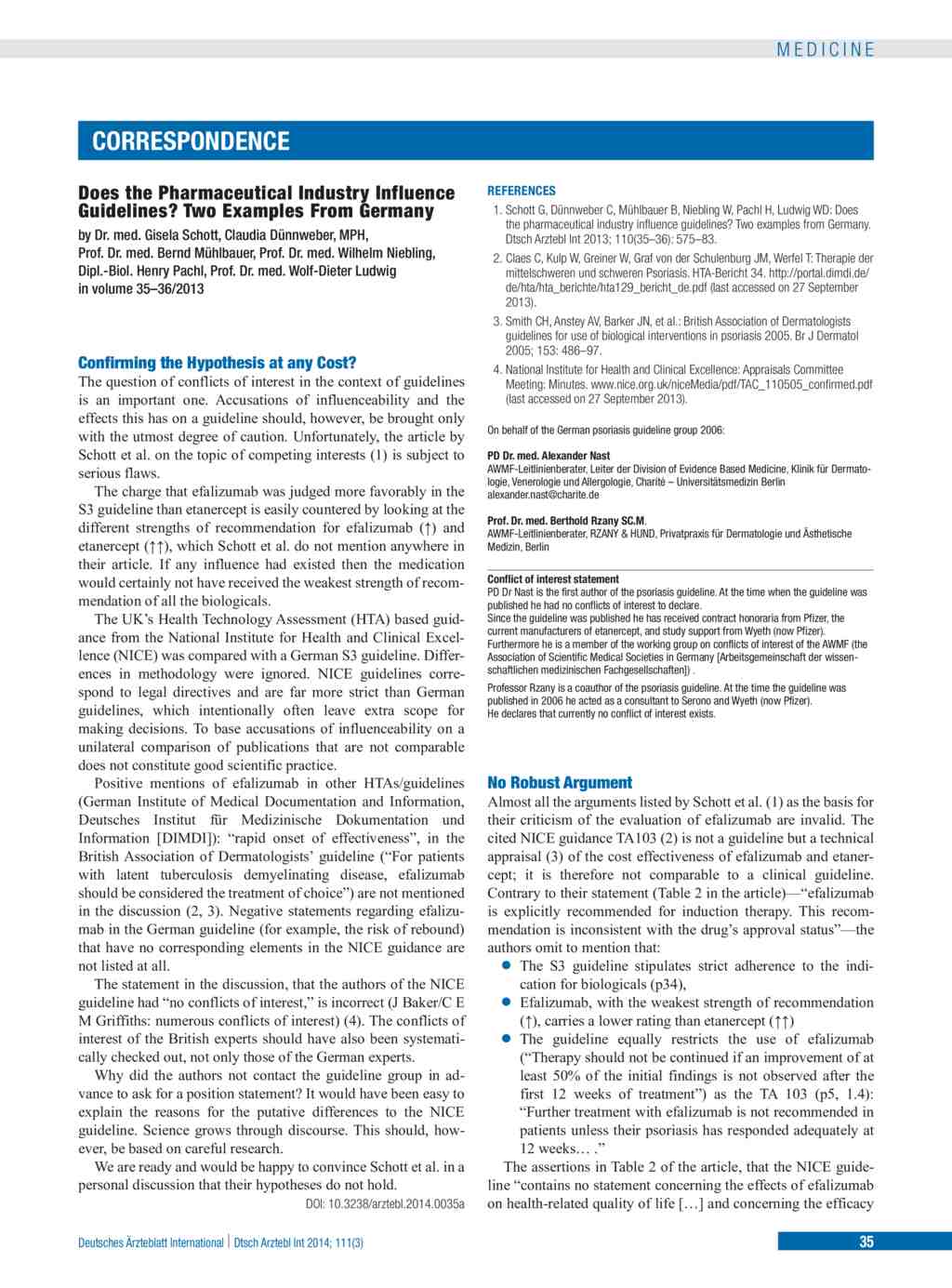