The authors critically discussed the important question of conflicts of interest in the context of guidelines (1). However, we share the political responsibility and are deeply disappointed that this article passed the control systems of the coauthors and of Deutsches Ärzteblatt, as it does not do any justice at all to this difficult and responsible topic. In particular, the S3 guideline on psoriasis met with ubiquitous praise at the time, as an excellent example of high-quality work; it also formed the basis for an international guideline.

A biased selection of citations, omission of relevant information, and invalid conclusions create in uninformed readers the impression of a characterization of efalizumab that is too positive, and the blame for that is laid squarely at the guideline authors’ feet, for being too close to the pharmaceutical industry.

The authors omitted to say that efalizumab is described in the guideline, as well as in the comparator guideline, as the weakest biological agent.

Furthermore, the authors hold the guideline responsible for the increase in prescriptions of efalizumab; but this increase is true for all biologicals in the same time period, as at this time, a new class of substance placed the focus on the systemic therapy of severely affected patients that had been underprovided for up to that point and who are subject to a high degree of suffering.

The authors construct an association between the guideline and the incorrect prescribing of efalizumab in psoriatic arthritis, although this drug is not suitable for that very purpose, according to the guideline. The “independent” guideline cited as a comparator is not comparable; it is a comparison of the efficacy of two medical drugs on the basis of a health technology assessment.

We would ask Deutsches Ärzteblatt, but also the coauthors and the Drug Commission of the German Medical Association, to discuss appropriately the criticisms regarding the article and to print an appropriate explanation of the real facts. An extensive critique is available at www.derma.de. 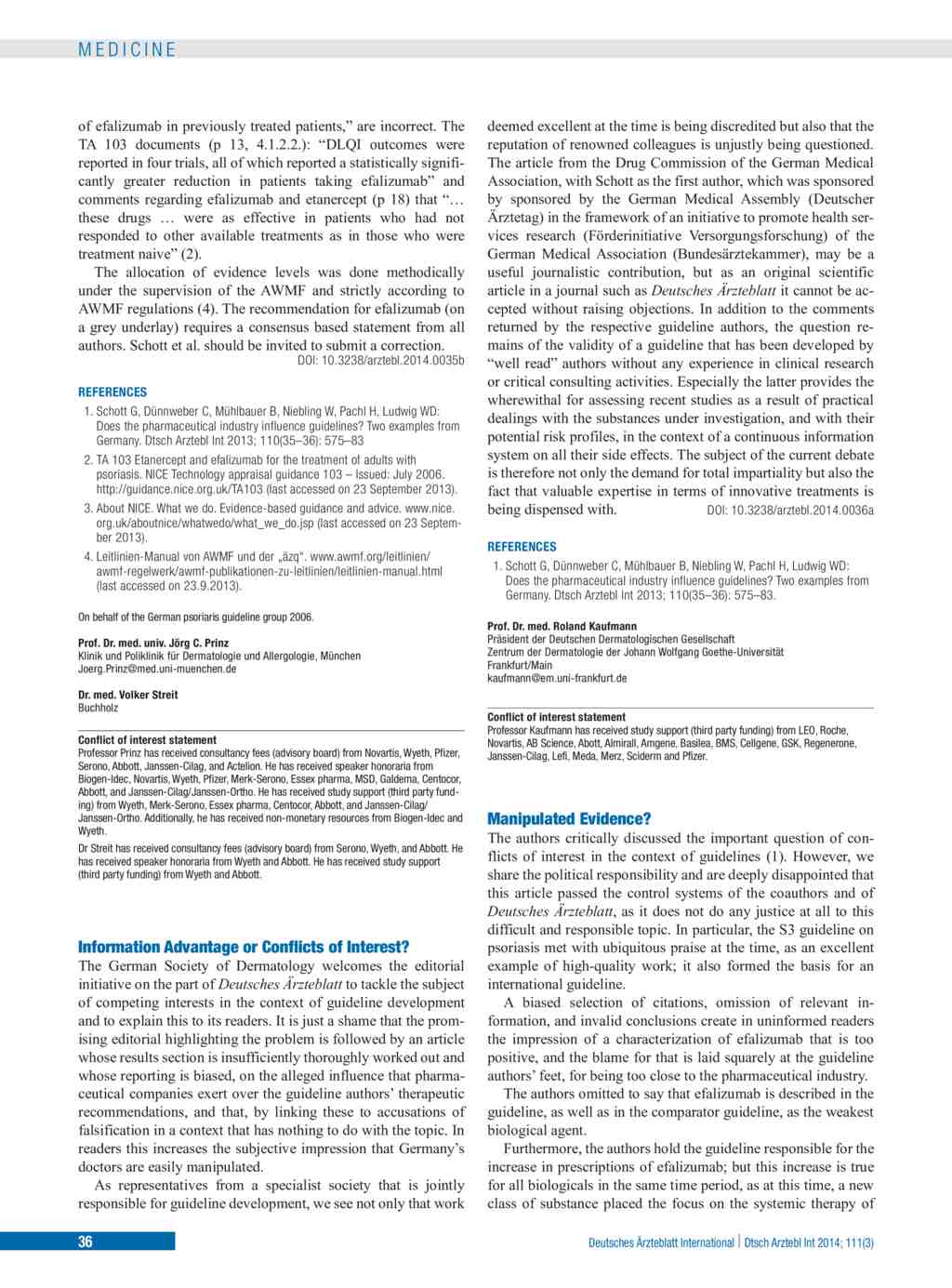