SIRT does indeed constitute a new therapeutic option for the local treatment of advanced HCC at the intermediate stage. The 2013 guideline from the German Society for Digestive and Metabolic Diseases (Deutsche Gesellschaft für Verdauungs- und Stoffwechselerkrankungen, DGVS) recommended further investigation of this method, especially compared with transarterial chemotherapy (TACE), which is well established and has been evaluated in clinical studies. Currently, only few studies exist that undertook a direct comparison of these methods among themselves or in combination with sorafenib. Salem and colleagues showed that in 291 patients who had been treated with yttrium microspheres, liver function and the presence of portal vein thrombosis were the most important parameters for survival. An advanced study (Salem et al, 2011) showed in a comparison of SIRT and TACE a longer time to progression in the SIRT group (13.3 months vs 8.4 months), however, the difference in median survival between the two groups did not reach significance (20.5 months vs 17.5 months). Furthermore, it became obvious that more than 1000 patients would have had to have been recruited into the study in order to show a significant difference. In future this will be realized only by conducting large multicenter studies. We live in hope that the value of SIRT for the treatment of diffuse tumors and in portal vein thrombosis will be confirmed in appropriate studies. A comparison of the treatment costs for SIRT and for newer medications (sorafenib, avastin, etc.) is currently not the main issue, as palliative drug treatment is employed only in patients who are not eligible for locoregional treatment.

Prof. Malek has received payments for lectures from Bayer and consultation fees from Lilly.

The remaining authors declare that they have no conflicts of interest. 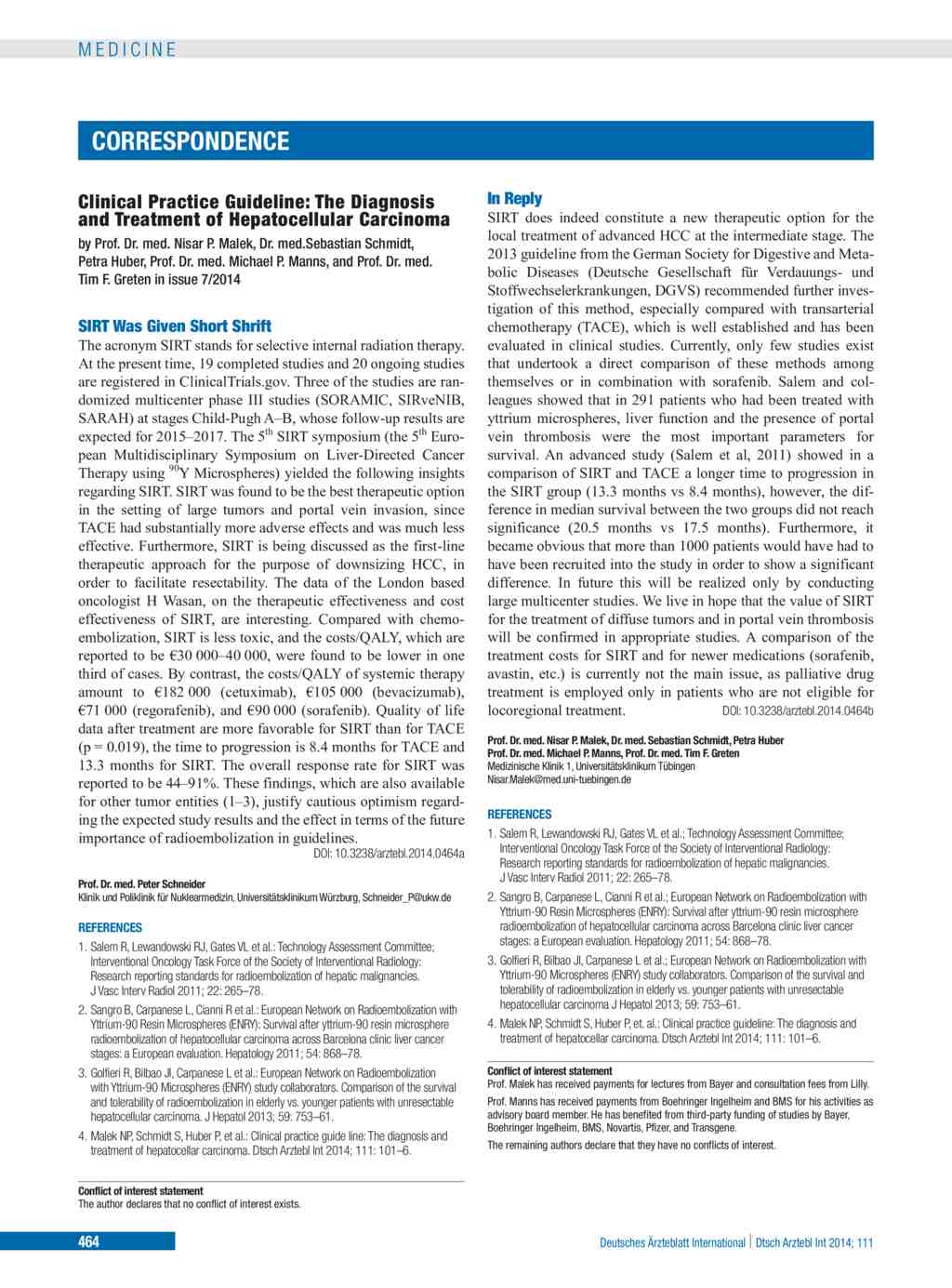