In a single-center study conducted in Serbia, 220 patients with advanced pancreatic cancer were randomized into two arms: best supportive care (BSC) and mistletoe treatment. A significant survival improvement from 2.7 months to 4.8 months was found and published elsewhere. Now quality-of-life data are presented (1). Here again, mistletoe appears to be superior to BSC. The following questions arise:

Various studies found quality of life improvements along with mistletoe treatment, for example (2). The molecular causes are manifold and include increased endorphin levels which perhaps could also be achieved with other treatments (4).

Prof. Neubauer is Head of the Committee on Cancer Therapy of the German Cancer Aid. 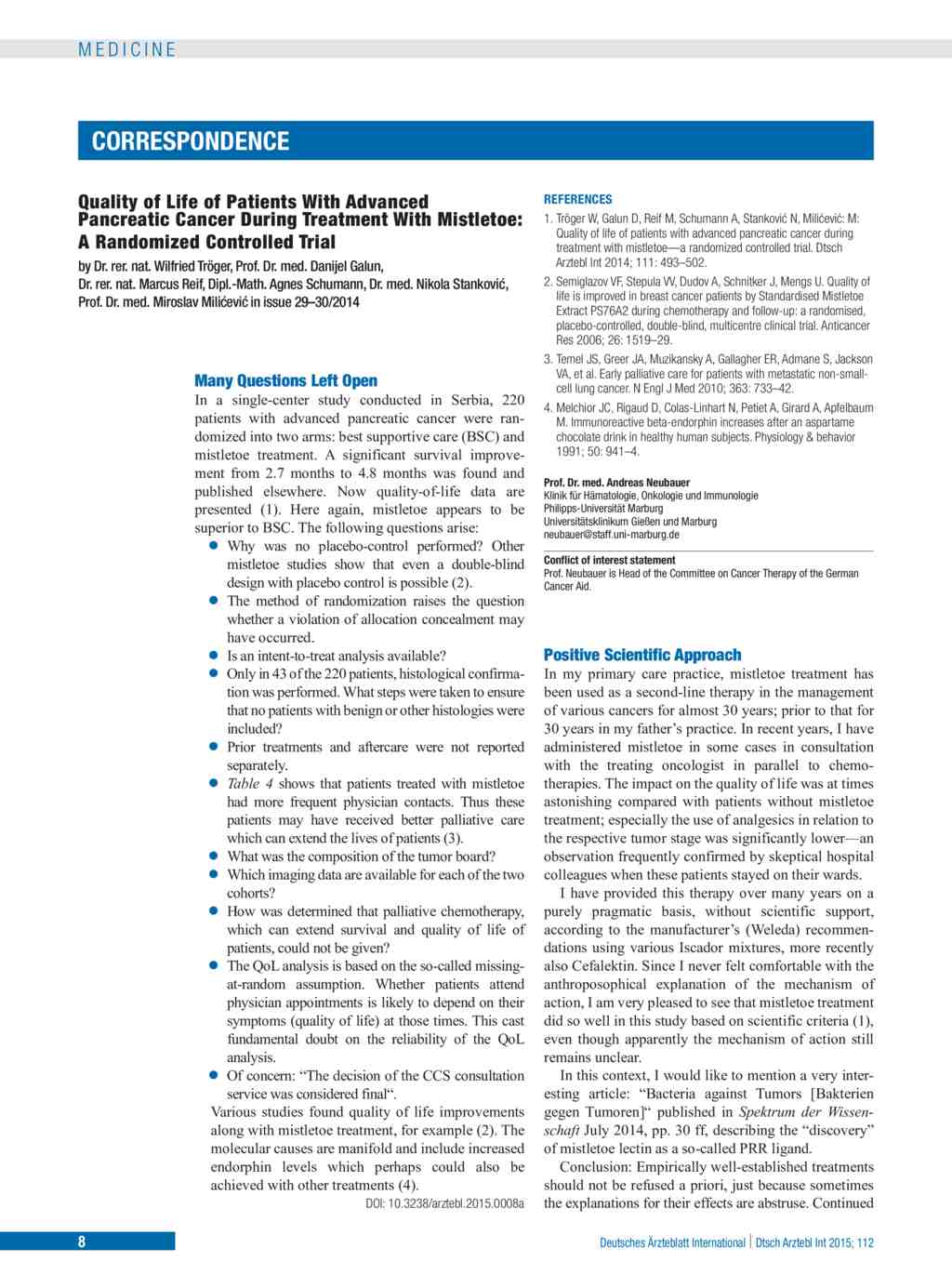