Since time immemorial, the mistletoe branch has been held in superstitious veneration across Europe. Plinius mentioned that the druids considered nothing else to be as holy as the mistletoe and the tree on which it grows, provided it is an oak tree. The druids called the mistletoe the cure-all. In today’s Celtic language of the Bretagne, Wales, Ireland, and Scotland, the expression cure-all still is synonym with mistletoe (1).

However, the opinion the medical community holds on the mistletoe’s healing properties has changed dramatically. While druids believed that the mistletoe is capable of curing all illness, the physicians of more recent times are of the opinion that it cures no illness at all (2). The most valuable property of the mistletoe could be that it provides satisfactory protection against witchcraft. Rudolf Steiner (1861–1925) was the founder of the Anthroposophical Society, some mix of religion and philosophy which influenced anthroposophical hospitals, Waldorf kindergartens and schools, curative education facilities, and also bio-dynamic agriculture (Demeter). The anthroposophically extended medicine does not provide any dogmas dictating what an anthroposophical physician should and should not do. For a start, an anthroposophical physician is a physician with the same standard training in conventional medicine as any other doctor. The anthroposophical extension states that a human being is a unity comprising body, soul and spirit (3). However, although it has been used for several decades, there is still no proof that the treatment of cancer patients with mistletoe can prolong lives or reduces the tendency to develop metastatic disease. Because of the risk that the stimulation of the immune defense could also stimulate tumor growth, and because of potential adverse reactions (to the extent of life-threatening shock), both the American Cancer Society and the Swiss Society for Oncology (SGO) are opposed to mistletoe injections. 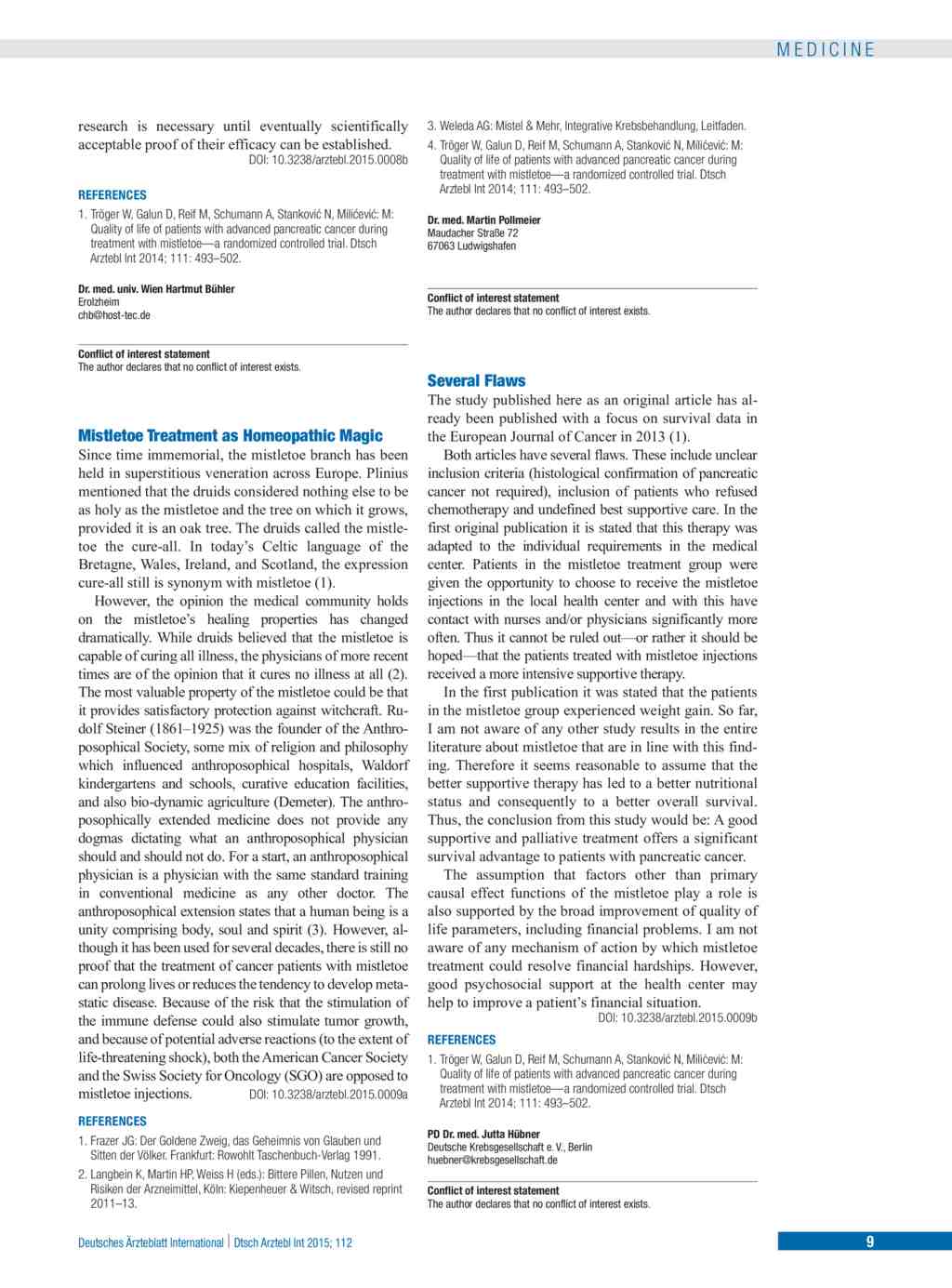