DÄ internationalArchive1-2/2015New Drug for the Treatment of Inoperable Pancreatic Cancer?

New Drug for the Treatment of Inoperable Pancreatic Cancer?

In Germany, pancreatic cancer is the malignancy with the lowest survival rates. Even though anti-tumor therapy with cytostatic and targeted agents helps to alleviate symptoms and improves the median time of survival to 7–11 months, there is still a significant unmet need for new and effective drugs (1).

Deutsches Ärzteblatt published the results of a quality-of-life analysis from a randomized clinical study investigating the use of a mistletoe product (Viscum album [L.]) in patients with inoperable pancreatic carcinoma. This single-center study was conducted in Belgrade (Serbia). In the mistletoe arm, median survival was significantly longer compared with the control arm (4.8 months versus 2.7 months) (2).

Unfortunately, this study had several methodological shortcomings. Of these, the most significant are as follows:

Apart from methodological aspects, the publication in the DÄ has a health political dimension. For some years now, scientific societies and the German Cancer Aid, among others, have undertaken significant efforts to integrate complementary and alternative treatment modalities into cancer patients’ care (3). The publication of biased studies which are not transferable to the setting of care in Germany, sends out a signal in the wrong direction. 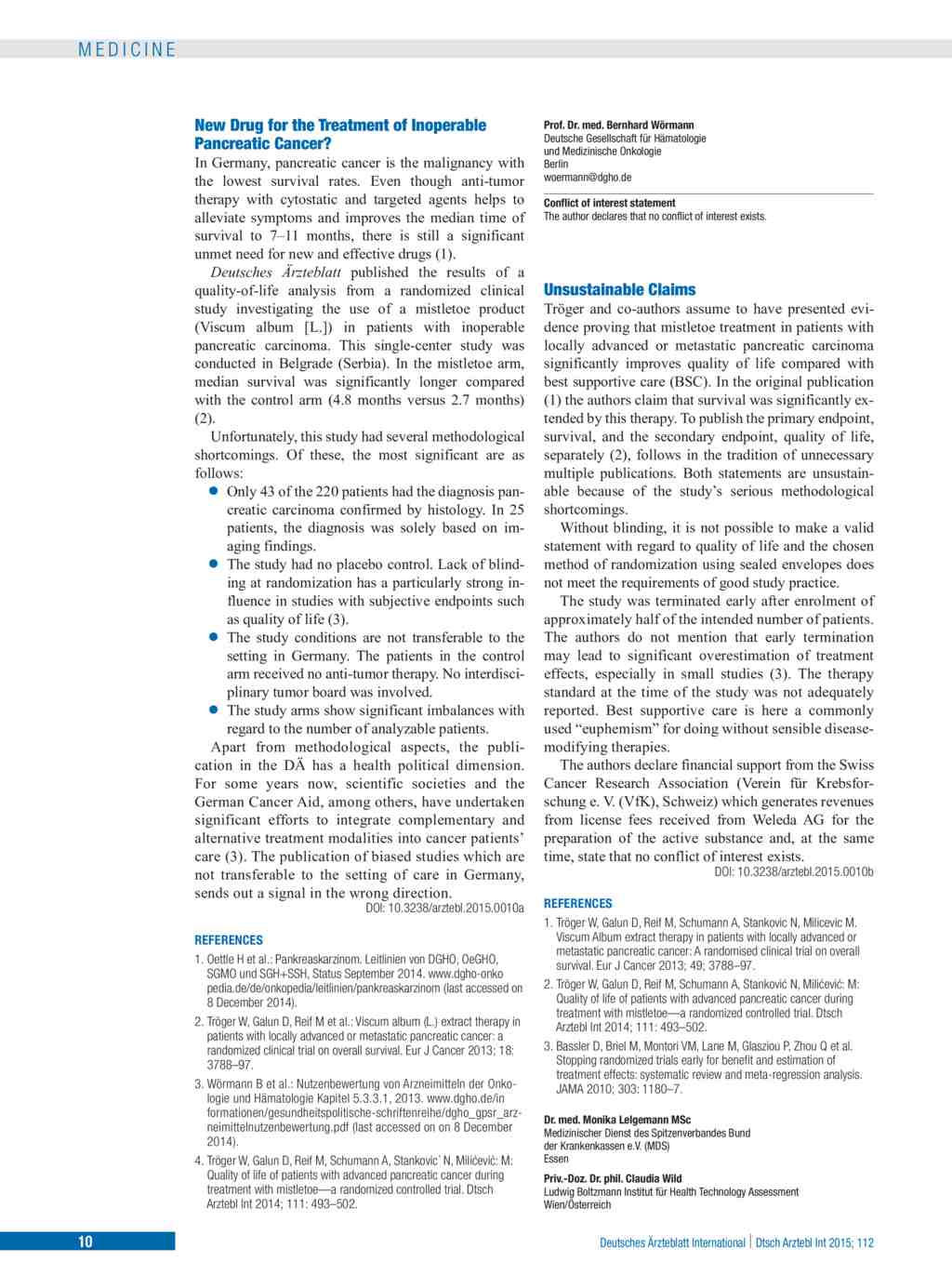