We welcome Seifert’s comments. In his letter to the editor, he explains in detail from a pharmacological perspective the most important pharmacological effects of adrenaline and the rationale of an early adrenalin administration in anaphylaxis. Mentioning autoinjectors is important because these can be used quickly and easily, not only by patients and their relatives, but also by medical support staff.

The letter by Ting focuses on the importance of legumes pulses. From an allergological perspective, these are potent allergens due to their physicochemical and immunological characteristics. Severe allergic reactions have been described for several species in this group. Severe reactions to lupine flour have been reported and this allergen has been included in the list of food allergens whose declaration is compulsory. For peas and beans too—lately because of to the increased use of pea flour in bread manufacturing—numerous reports of the occurrence of severe allergic reactions exist. Suffice it to say that legumes are valuable from a nutritional perspective, but from an allergological perspective they constitute a risk, especially for individuals with a predisposition for allergic diseases. 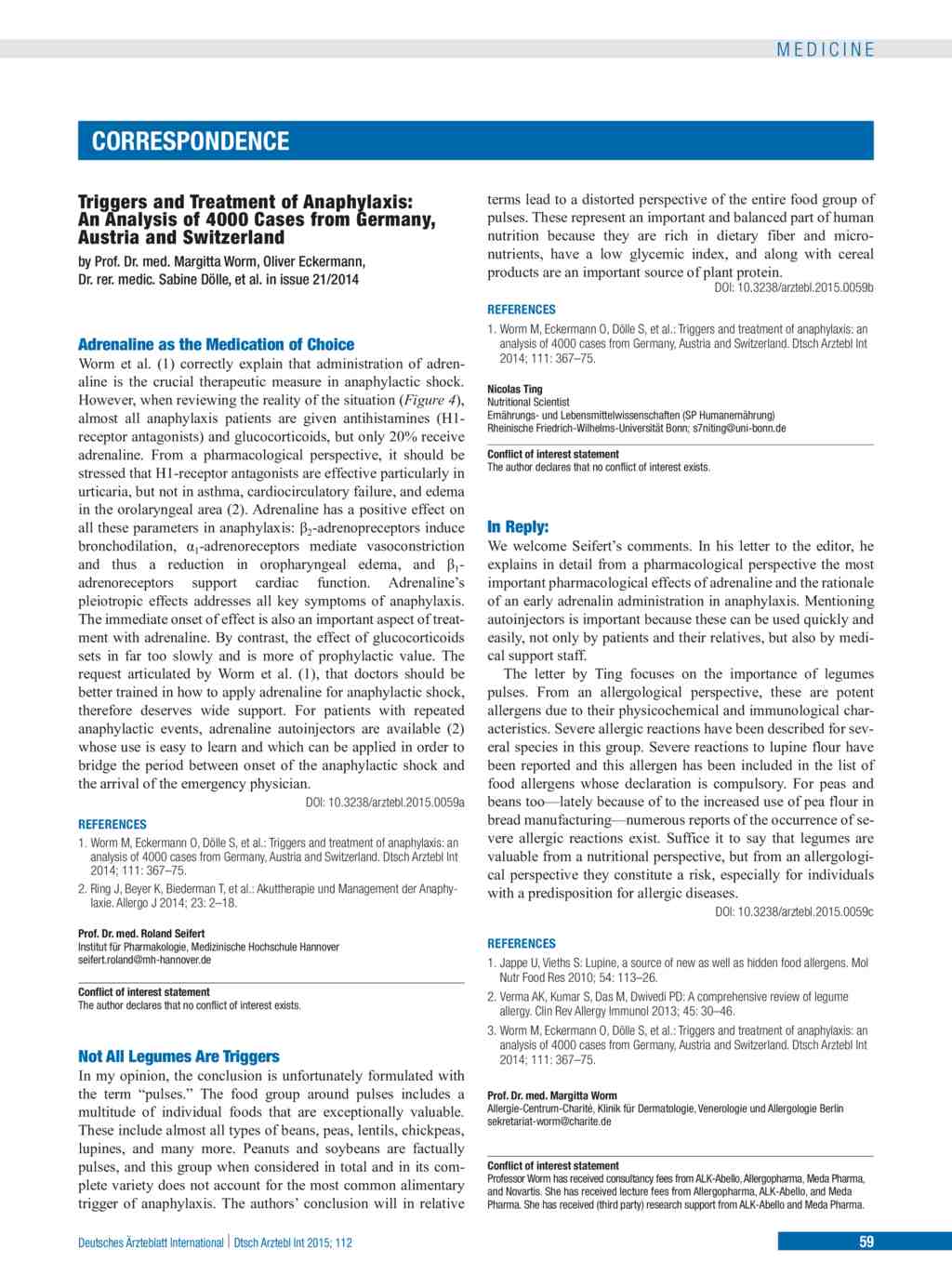