In our article, patients’ subjective assessments of the surgical outcome relate to the time of their initial breast cancer treatment. The routine data available to us do not allow for any further analyses. All we were able to establish was whether initially a mastectomy had been done or whether patients had had breast conserving surgery. We do not have any information on the subsequently provided reconstructive therapy, whether implant based or as flap reconstruction. For this reason we cannot comment on the different aspects of surgical breast reconstruction after mastectomy.

What we showed is from the patients’ perspective a notably higher degree of satisfaction with the surgical treatment outcome after breast conserving therapy. Similarly, significantly fewer complaints relating to arm swelling and impaired shoulder/arm function were observed after breast conserving therapy. These descriptions from patients’ perspectives are confirmed by the literature (1, 2). With regard to the adverse effects of surgical therapy, not only the method of breast surgery should be mentioned but also the axilla. Patients who had not had an axillar dissection complained significantly less often about ipsilateral arm swelling and impaired shoulder and arm function. This is also confirmed by the literature (3, 4).

We therefore wish to underline our statement that, whenever it is medically justifiable, breast conserving surgery should be the method of choice. Furthermore, also whenever it is medically justifiable, the axilla should be operated as non-radically as possible. The question raised by Penna et al. and Hernekamp et al., which is so very important in our opinion too—of the extent of which reconstructive breast surgery has a positive effect on breast cancer patients’ shoulder/arm function, arm swelling, esthetic self image, and psychosocial wellbeing—should be the subject of a separate prospective study. We wholeheartedly agree that only competent interdisciplinary advice/information, therapy planning, surgery, and systemic therapy will yield an optimal oncological and esthetic result. 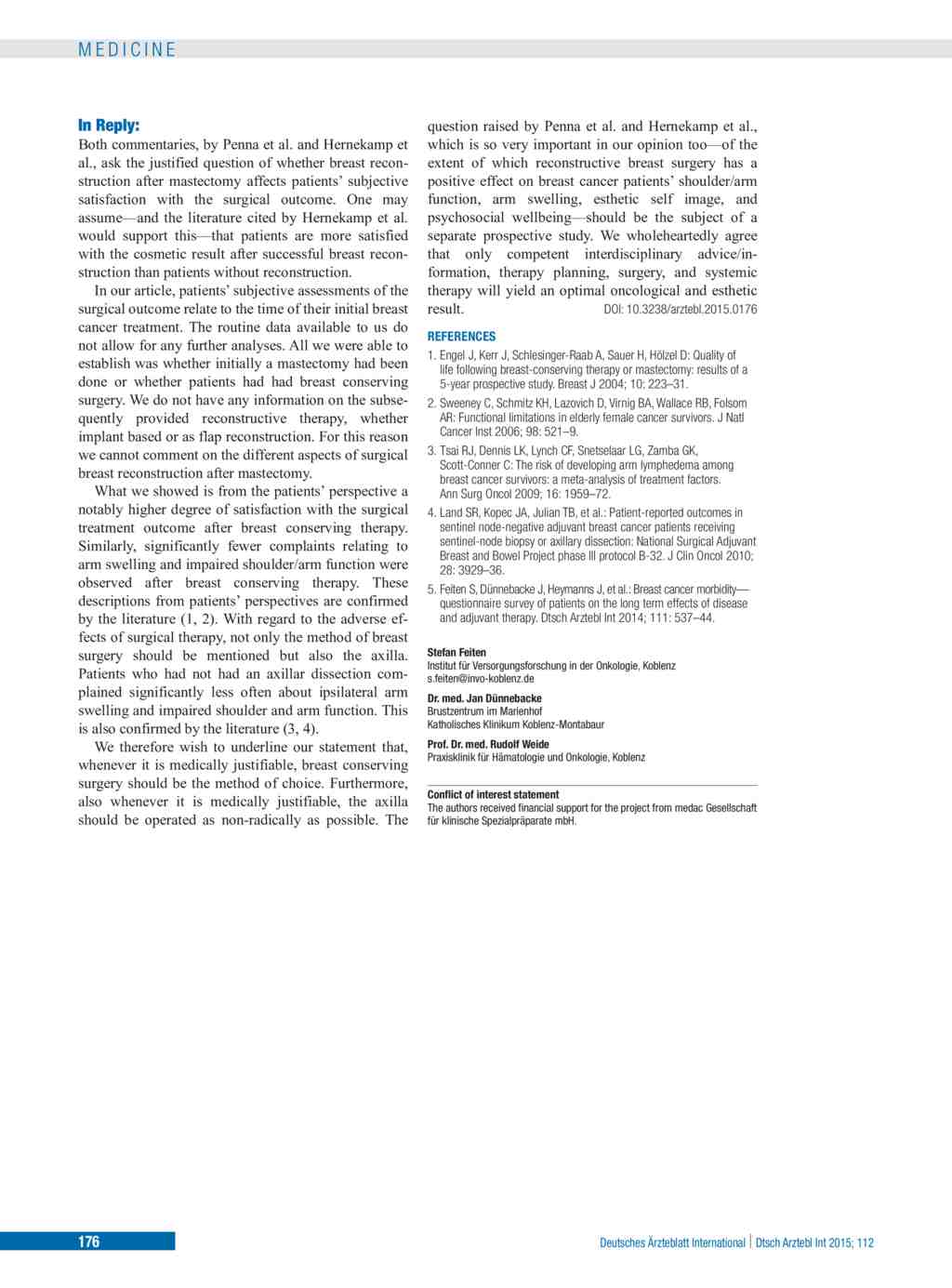