The comments on our article showing the trends in disease burden between 1990 and 2010 in Germany, based on the methods and results of the Global Burden of Disease (GBD) Study 2010, support the arguments we make in our article. They stimulate further discussion and invite debate.

The calculations by Brinks et al. show that, despite the quite complicated modeling procedures of the GBD 2010 Study, the YLL estimates for diabetes, derived from the KORA Study are comparable to those from the GBD 2010 Study. However, the difference to the GBD 2010 data is considerable, and the uncertainty intervals are wide, comparable to those calculated in the GBD 2010 Study. Further studies are necessary to elaborate on the comparability of the morbidity component or the results for other disease entities. The approach taken by Brinks et al. confirms that a concerted initiative is required to estimate the burden of disease at the national level. Possible data sources should be sought, potential discrepancies in the results analyzed, gaps in the data identified, and methodological limitations recognized and if possible reduced or eliminated. We are convinced that such an initiative would not only increase the transparency and reproducibility of the methods and results for estimating disease burden and the burden attributed to risk factors, but can also provide further insights into prevention and other health policy measures. In Germany, a solid basis of data is already available from the population-representative data gathered by the continuous health monitoring carried out by the Robert Koch Institute, and these cross-sectional data will be further improved by a growing pool of longitudinal data acquired in the national cohort. The potential of such continuously and comprehensively gathered data is that diseases are always jointly analyzed, allowing to draw an overall picture of the current state of the health status of the population living in Germany. As indicated by Wenderlein, the burden of disease concept additionally provides the opportunity to study diseases and associated risk factors in a unified framework using a common measure, the DALY.

The results of the current GBD Study already provide a wealth of important information for Germany, which might be further enhanced by a national burden of disease study tailored to the needs and demands with special relevance for health policy making in Germany. 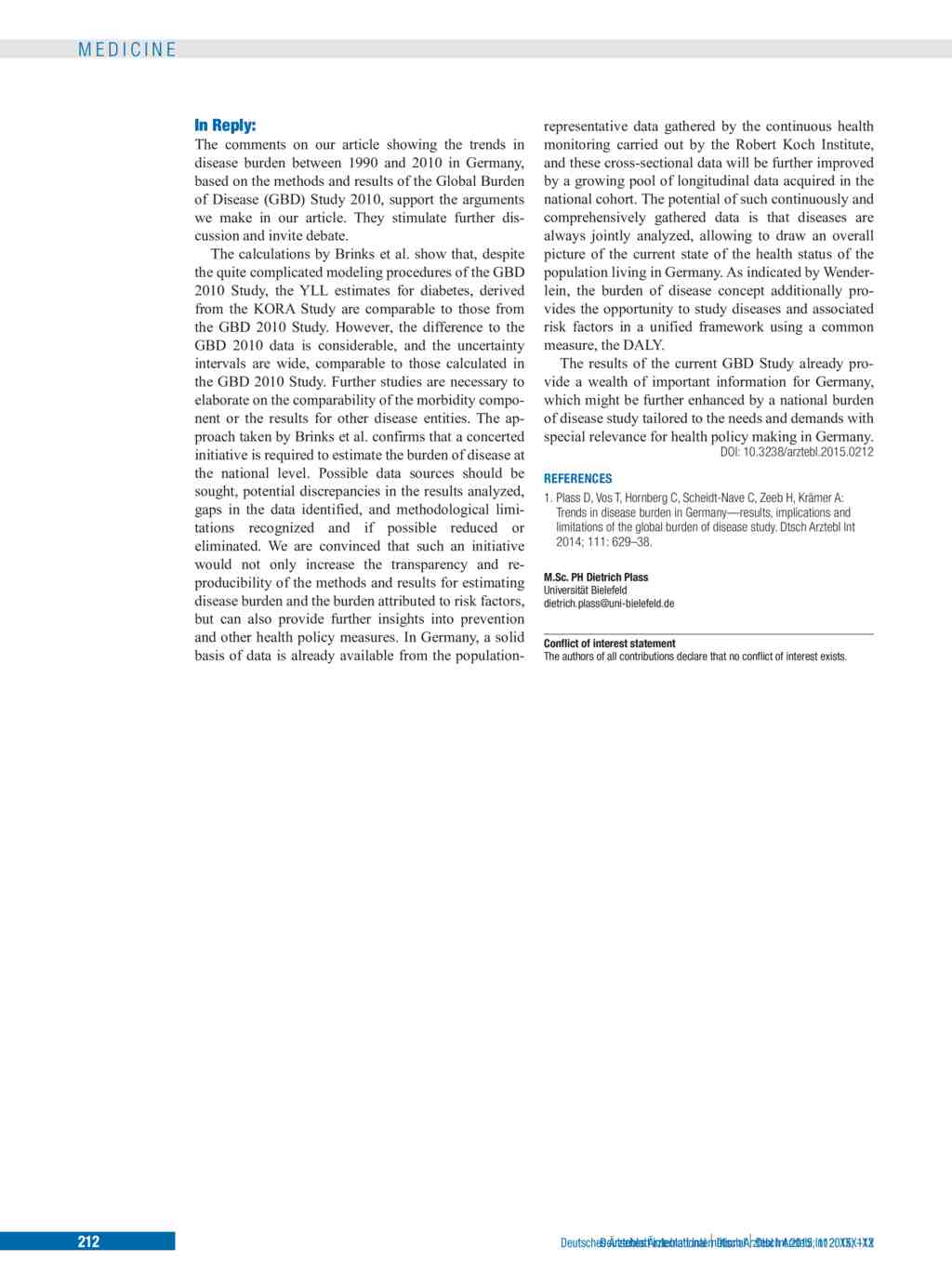