We conclude from these observations that even just dwelling in indoor locations where hookahs are smoked—which is a common occurrence in so called shisha bars—may be sufficient to induce toxicologically relevant carbon monoxide exposure.

The literature on this topic is limited and restricted to case descriptions and small study cohorts (1–3).

In our view, further systematic studies are urgently required, especially of indoor carbon monoxide concentrations in commercially run shisha bars, because the risk potential in this setting can currently only be speculated on. 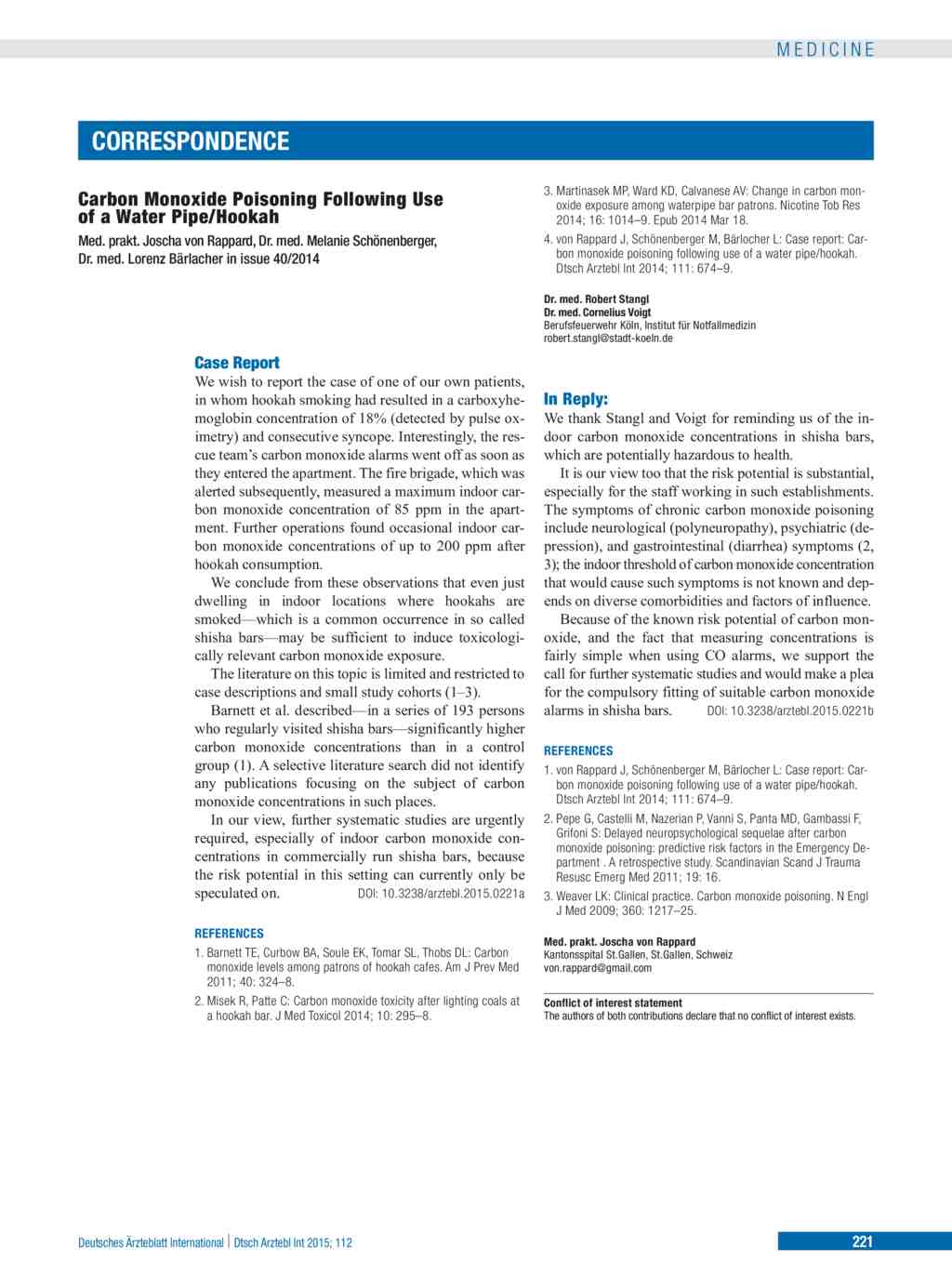