The list of important differential diagnoses of aphthous ulcers in the box on page 667 had one important omission: a congenital metabolic disorder that is characterized by total or near-total absence of enzyme activation of catalase in the erythrocytes, and which is listed in the Online Mendelian Inheritance in Man under #614097 as acatalasemia or acatalasia.

Acatalasemia was first found and described in Japan in 1948 by Takahara—an ear, nose, and throat specialist—in patients with progressive oral gangrene, because in these patients the local application of H2O2 (hydrogen peroxide) did not result in the usual release of oxygen. In addition to Japan (2), human acatalasemia has also been found and described in individuals in Switzerland, Hungary, Peru, and in Germany (3).

The disorder has an autosomal recessive pattern of inheritance; its incidence in Hungary was described to be 5:106. The treatment of these patients with aphthous ulcers and oral gangrene presents a particular therapeutic challenge. 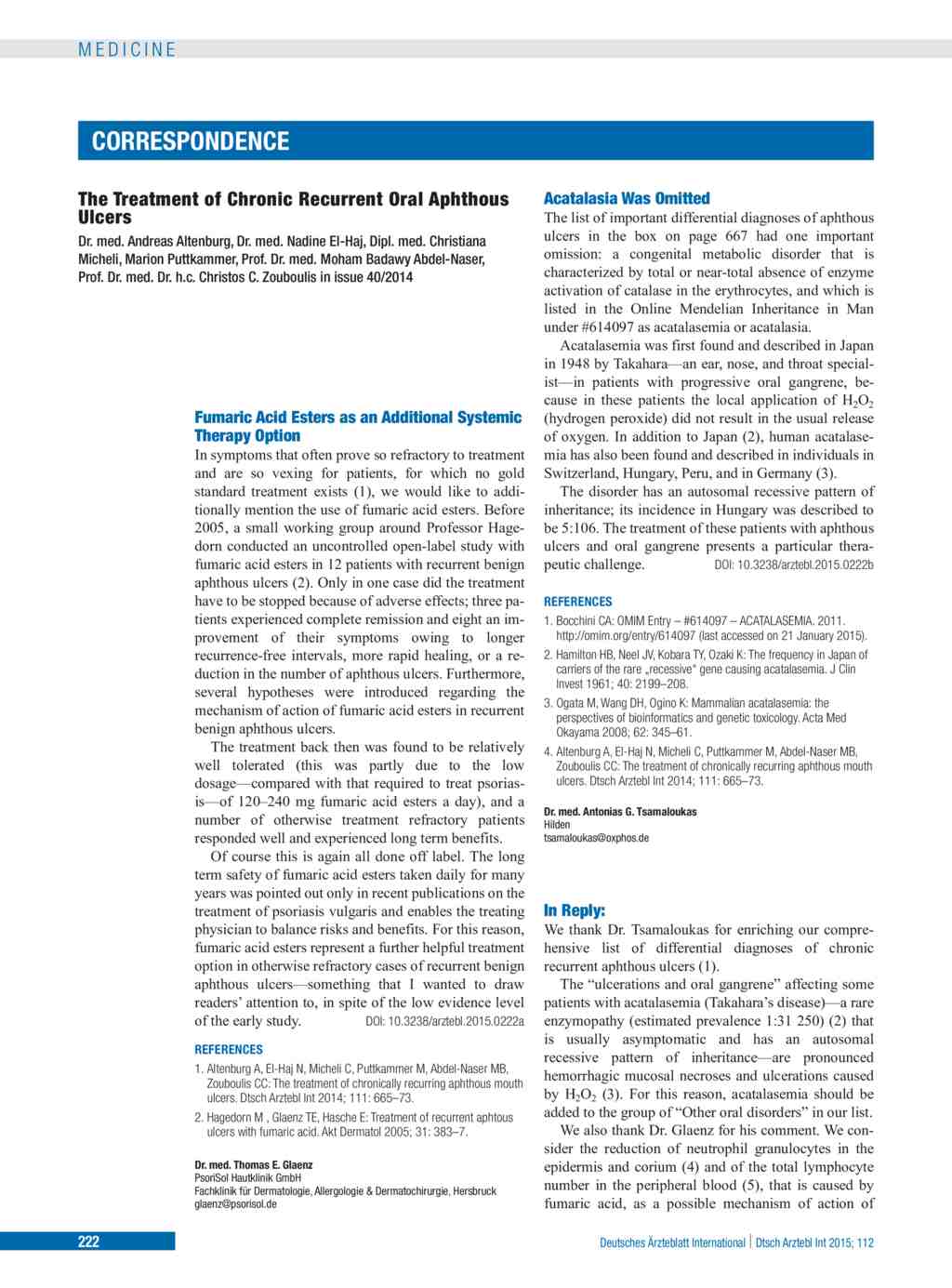