Given that obesity continues to be a pressing health problem, the “Prevention and Treatment of Obesity” guideline (1) prepared by Wirth, Wabitsch and Hauner is very commendable. Based on a literature search for the period 2005 to 2012, the guideline describes the possibilities and limitations of the conventional treatment approaches (dietary therapy, exercise therapy and bariatric surgery).

Unfortunately, the authors overlooked an innovative, telemedicine-based treatment supported by not only one but two controlled and randomized studies published between 2010 and 2012 (2, 3). Another extensive and controlled study about this method has been published this year (4). The Magdeburg University Hospital’s multimodal “Active Body Control“ (ABC) program combines dual nutrition with continuous exercise monitoring and regular personalized online support (www.abcprogramm.de).

With weight reductions of 9 kg and 11.6 kg after 3 months and 12 months, respectively, the ABC program achieved significantly greater weight loss than the conventional methods discussed in the guideline (4–6 kg for dietary therapy; 2–3 kg for exercise therapy, and 5.5 kg for the multimodal M.O.B.L.I.S program). By leveraging new technologies, the time required by patients and their coaches is significantly reduced compared with other German programs, as are the drop-out rates (0 to 18%). In the meantime, three German health insurances have agreed to (in some cases significantly) subsidize participation in the ABC program.

Given these favorable and well published data, the ABC program should be adequately represented in the guideline, too.

Conflict of interest statement
Prof. Luley has developed the ABC program at the Magdeburg University Hospital. 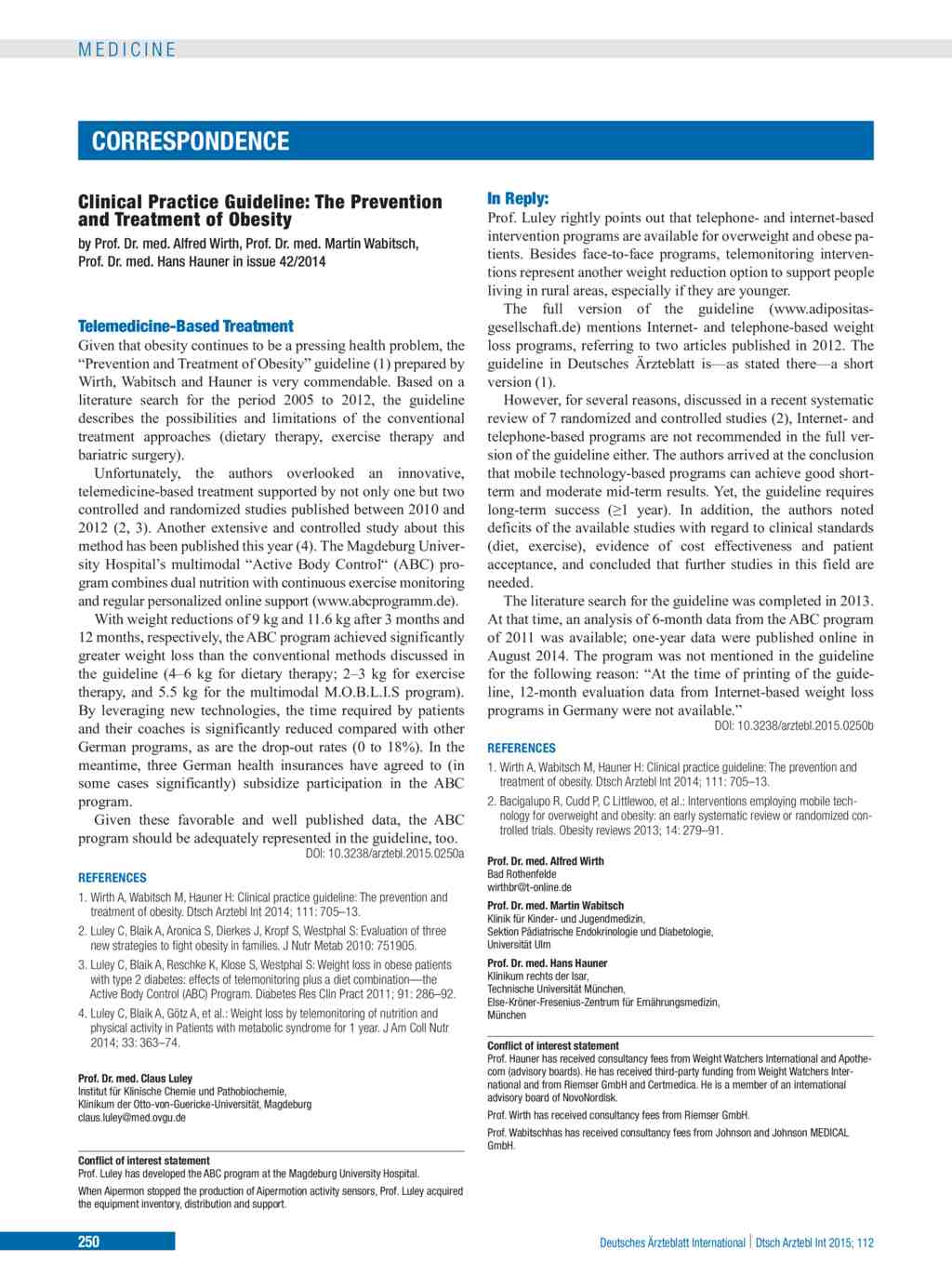