The authors showed that not all the defined quality criteria were met in the care of stroke patients and highlighted the existence of regional differences (1).

From an Austrian perspective, we would like to draw attention to the significance of documenting the defined quality criteria. The evaluation report of the so called reform pool project “Integrated Care of Stroke Patients in Styria“ (March 2007 to December 2008) showed that the documentation had serious shortcomings. The aim of the project was to ensure that patients with a stroke receive better-quality care. The increased mortality found among female patients was explained with their higher age, even though no obvious age and/or sex discrimination was observed (2). On the initiative of the Advisory Committee for Women’s Health of the Styrian Health Platform (www.gesundheits fonds-steiermark.at/Seiten/Frauengesundheit-1.aspx) data were then re-analyzed for sex-specific differences in the health care stroke patients had received. The analysis showed that female patients compared to male patients were less frequently admitted to a stroke unit, received magnetic resonance imaging and thrombolysis less frequently, had a poorer health status and were discharged in poorer health more frequently. However, female compared to male patients benefited more from hospital stays of the same duration (3).

At present, only few systematic reviews on stroke and sex differences are available (4). Their results point in a similar direction as the Styrian re-analysis. The existing differences in care disadvantage female stroke patients. Thus, it would be of great interest to re-analyze the data of Wiedmann et al. specifically for sex differences. Possibly, such an analysis would provide general evidence that female patients with a stroke receive poorer quality care across hospitals, regardless of whether the quality criteria are met. Research and clinical evidence support sex, and gender, are quality indicators. 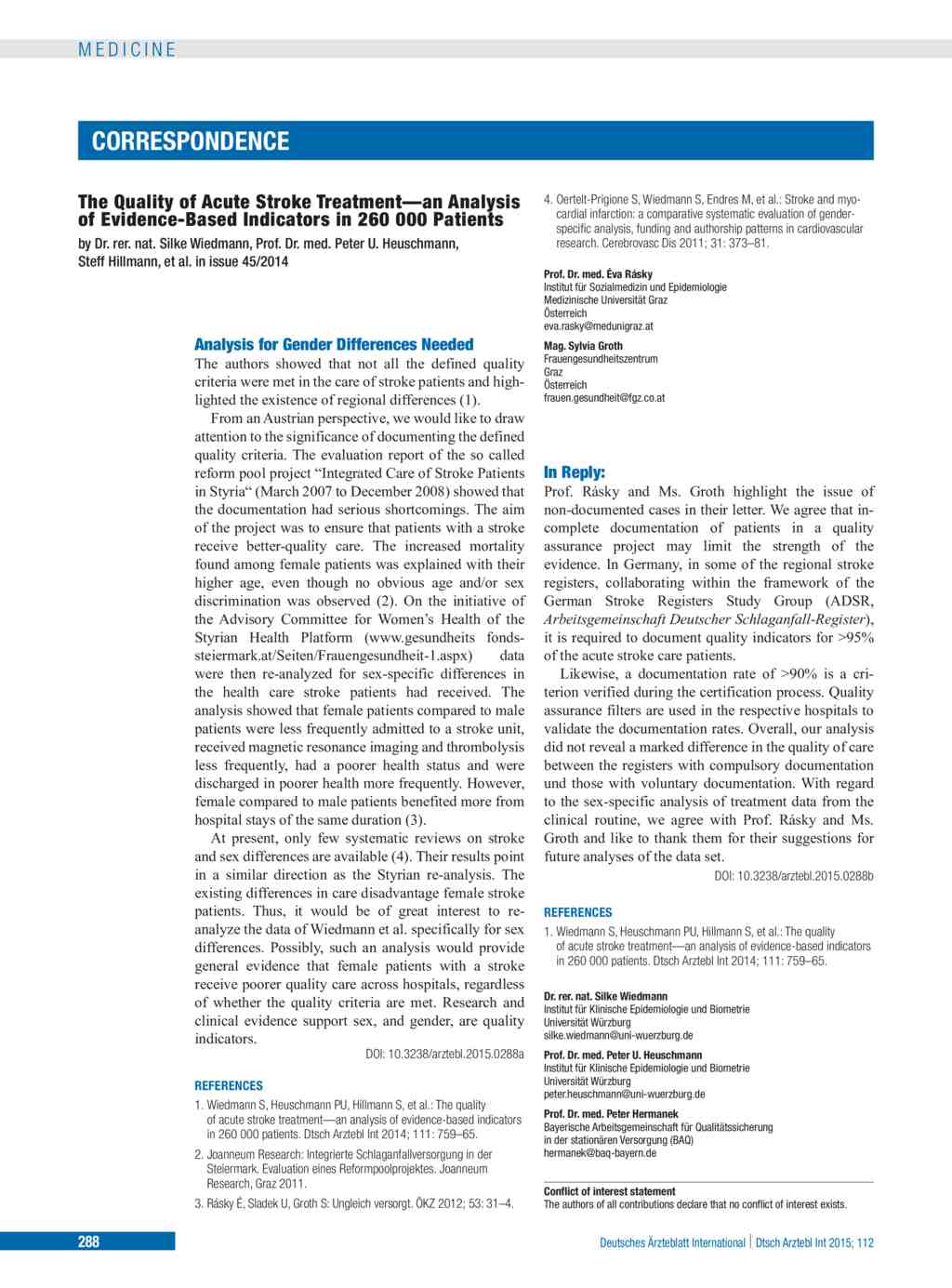