The authors discuss numerous treatments of fibroids (1), including MR-guided focused ultrasound surgery (MRgFUS/MRgHIFU). However, no reference is made to the option of ultrasound-guided high intensity focused ultrasound (USgHIFU), which was introduced in Germany in May 2014. Today, 140 USgHIFU systems are used in 17 countries around the world, including 9 systems at locations in Europe.

The primary advantage of USgHIFU systems over MRgFUS is the use of larger and more powerful transducers, enabling shorter treatment times along with greater efficacy. In addition, USgHIFU is less sensitive to movement and offers greater flexibility with regard to patient positioning. USgHIFU features an anatomic real-time background and direct ablation monitoring capabilities based on gray-scale changes.

Its efficacy and safety has been demonstrated worldwide in numerous studies. For example, using USgHIFU avascular fibroid areas of 80 ± 12% (n=76) (2) and 77 ± 19% (n=282) (2) were achieved while the rate of adverse events was very low; in addition, patients reported a significant amelioration of symptoms.

The studies conducted so far have found no evidence of an increased risk of abortion after HIFU treatment. Approximately 100 cases of pregnancy after USgHIFU have been published to date. For example, one study observed 24 unexpected pregnancies in 435 patients treated with USgHIFU in the first year after the intervention; 8 of these patients had stated prior to becoming pregnant that they would like to have children (4). HIFU treatment was not associated with an increased complication rate and had no negative impact on sexual activity and menstrual cycle. 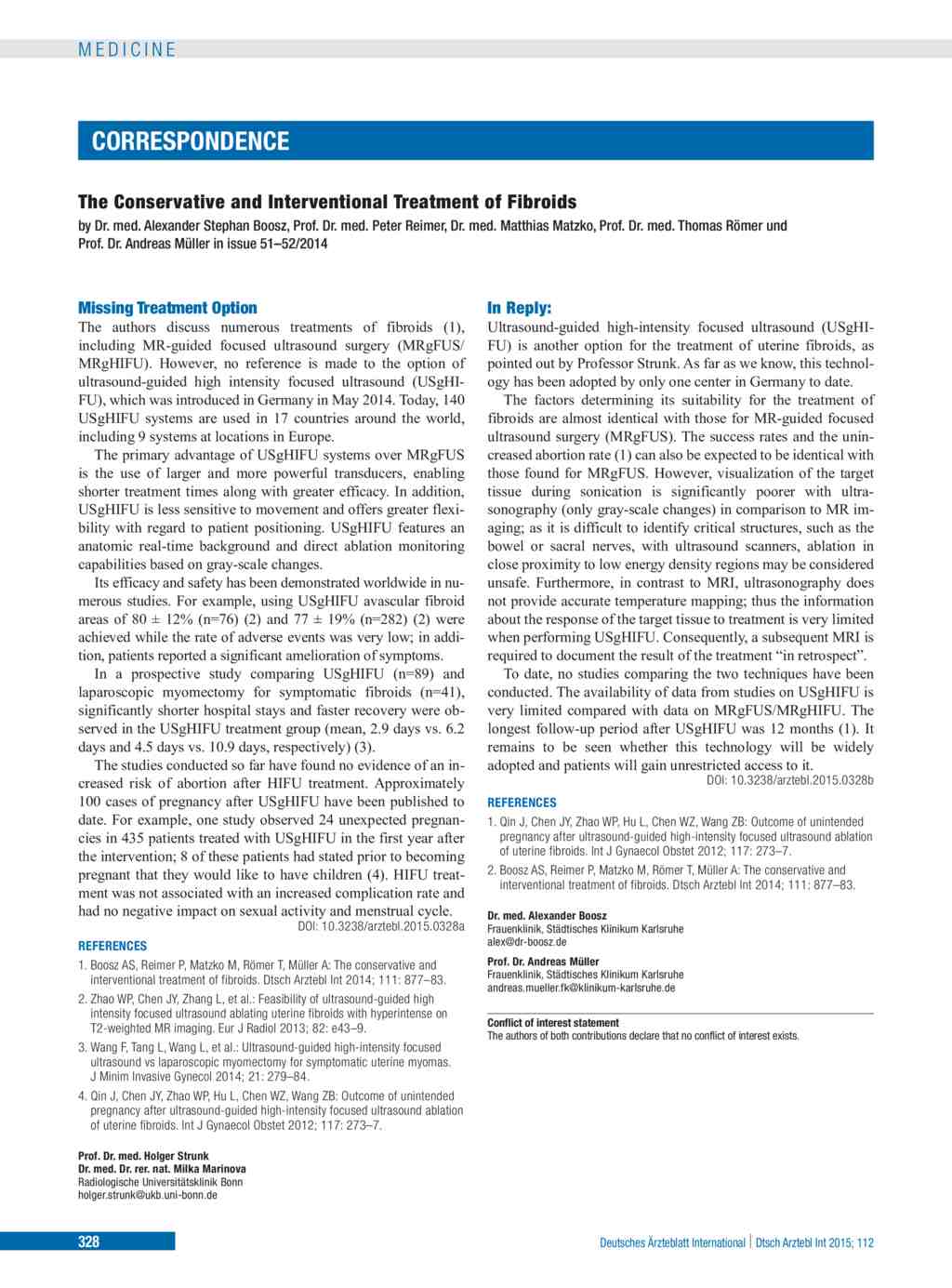