Duodenal Application Is the Method of Choice

We would like to thank the authors for their insightful review of Clostridium difficile infection (CDI) (1) and to add the following information to complement the section about stool transplantation: At the SRH Kurpfalz Hospital, 22 stool transplantations (allogenic intestinal recolonizations) have been performed to treat CDI to date. In all of these cases, donor feces was infused exclusively into the duodenum using an endoscope, in line with the method described by van Nood (2). The clinical response rate was comparable with published data; 16 of 17 patients were relapse-free during the 3-month follow-up period.

Due to the pooling of the data on gastric and duodenal administration, no inferiority of the antegrade versus the retrograde route of administration can be derived from Table 3. In contrast to the information provided in the table, the 18 patients of Aas et al. (3) received the fecal suspension by gastric delivery. Thus, in 3 of 6 studies (45 of 101 patients) gastric application of the fecal suspension was performed, involving the risk of aspiration pneumonia by fecal bacteria, besides the inactivation of the donor microbiota by gastric acid. Another significant difference in the methods used is the preceding bowel lavage which, among the studies with antegrade application, was only used in the study by van Nood which was also the only randomized controlled trial (2). Colonoscopic application is more taxing for the patient and associated with the risk of perforation of the inflamed colon. Provided the patients receive sedation with propofol, the acceptance is excellent. The passage of the donor microbiota through the small intestine does not represent an undesirable contamination but is rather seen as favorable, as it accelerates the reconstitution of the resident microbiota. Thus, we consider duodenal application after peroral bowl lavage as described by van Nood as the reference method until other data from randomized trials have become available. 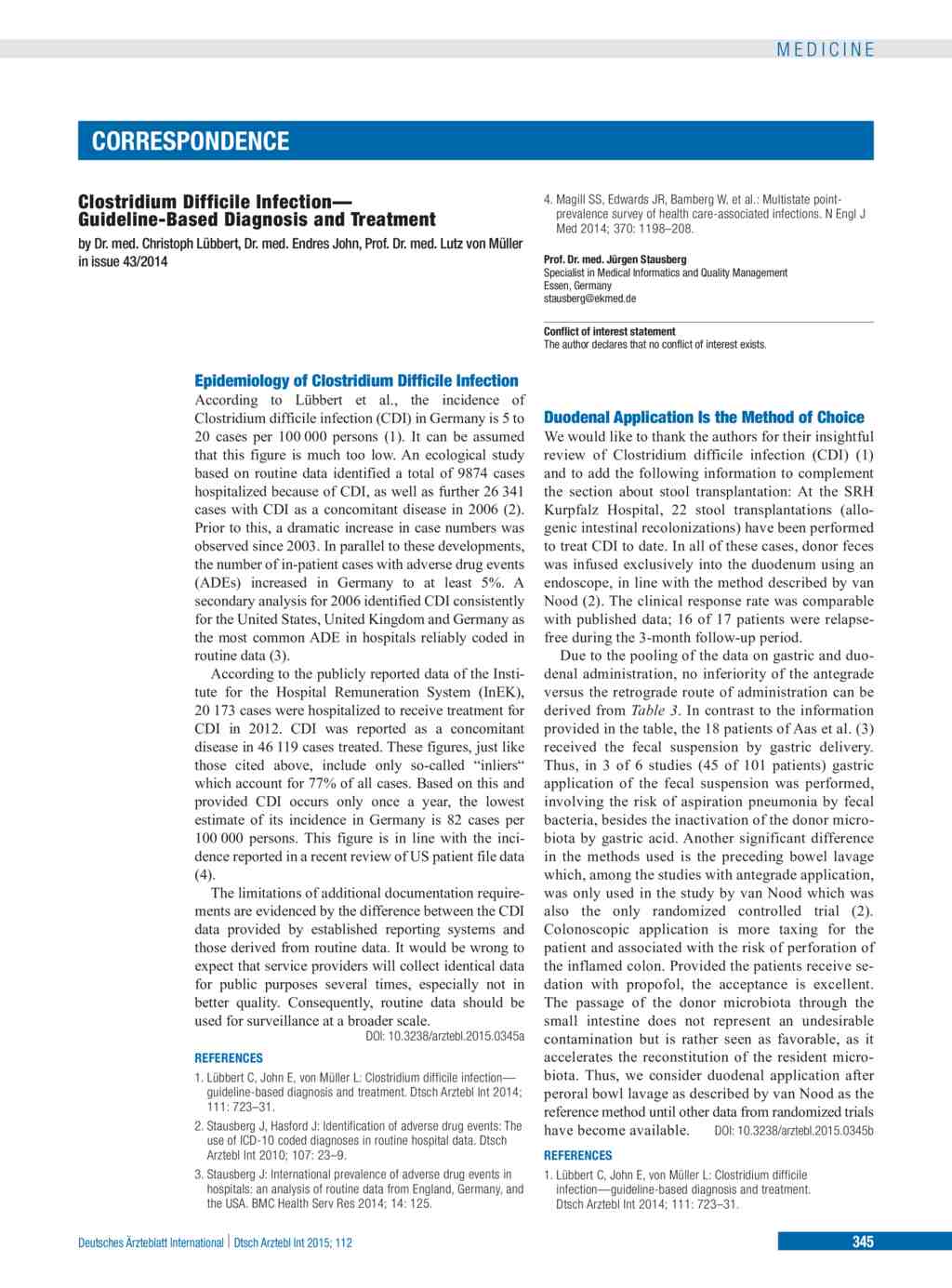