We like to thank the authors for their article which discusses in great detail the pharmacotherapy, psychotherapy and electroconvulsive therapy (ECT) used to treat chronic and treatment-resistant depression (1). What we found missing is the bio-psycho-social aspect of an overall treatment plan. It is our understanding that pharmacotherapy, ECT, psychotherapy, and sociotherapy should be well-orchestrated parts of an overall strategy, not just isolated measures that patients have to go through in a particular sequence. To achieve complete remission and to prevent chronification, the integrated use of all available resources is required, while taking into account the patients’ wishes.

Apart from that we would like to point out that the “high rate of early recurrence“ associated with ECT, can be deduced without difficulty from the abrupt termination of a highly effective intervention. In case of antidepressant therapy, successful treatment is continued over several months. Consequently, ECT is increasingly and successfully used as a maintenance therapy. Unfortunately, patients are frequently informed too late, not adequately or not at all because of irrational concerns and the treatment’s alleged stigma (2). Since the efficacy of ECT declines with increasing duration and treatment resistance of the disease (3), not starting the treatment in time is detrimental to the patient. For this reason, the psychiatric societies of Germany (DGPPN), Austria (ÖGPP), Switzerland (SGPP), and South Tyrol (SIP) called for the timely and adequate use of ECT in a joint statement issued in 2012 (4). Earlier in 2003, the German Medical Association and, in 2004, the Austrian ÖGPP pleaded for the evidence-based use of ECT. These statements from German-speaking countries are in line with those from international psychiatric societies. 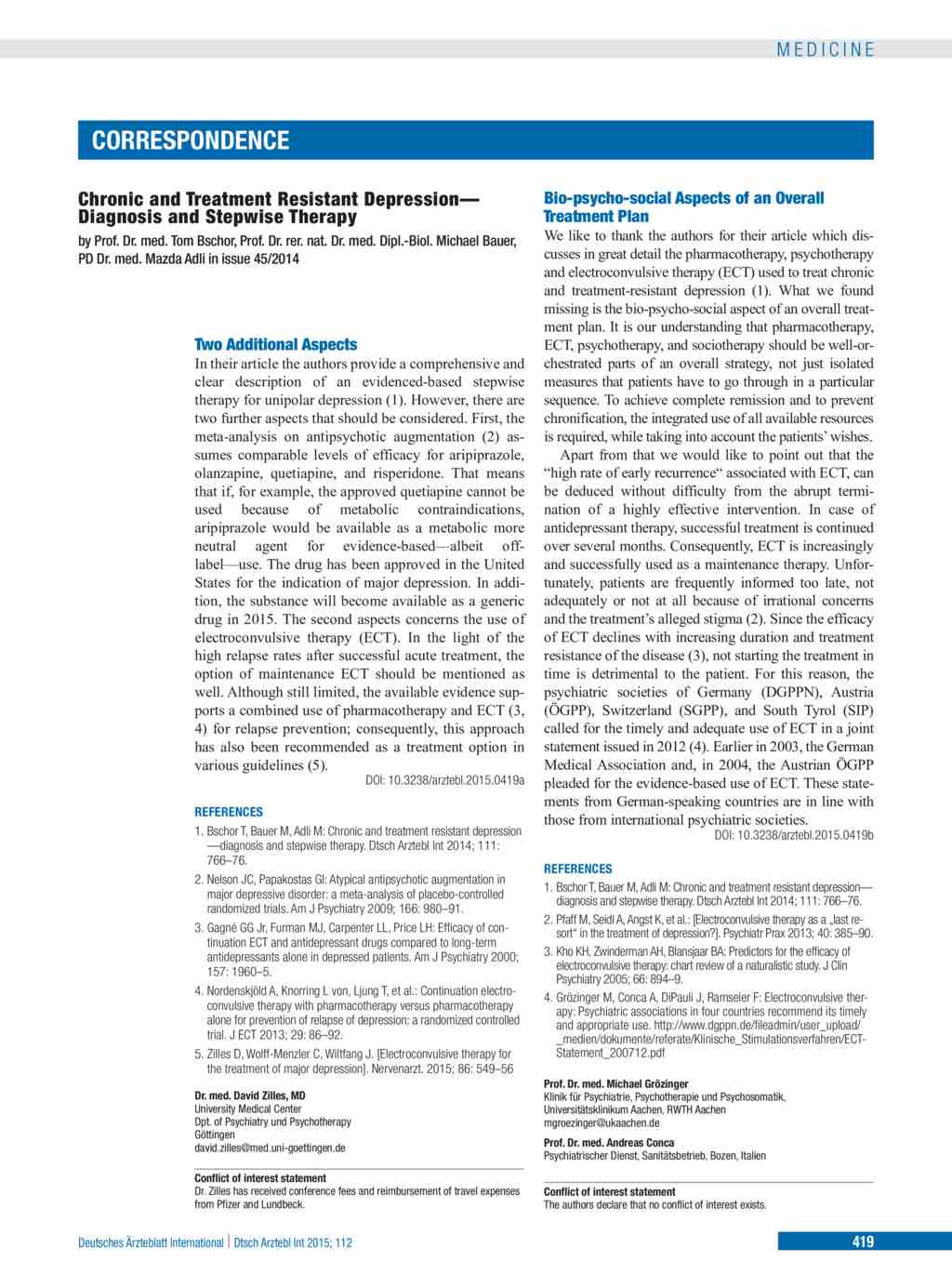