Hormone Replacement in Patients With Depression

This chronic mood disorder is common among the elderly, but the significant increase in its incidence in postmenopausal women and men with the onset of hypogonadism is often overlooked. This stage of life is often associated with cognitive impairments and psychosocial withdrawal; therefore, it pays to address its hormonal aspects.

According to data from the Berlin age studies performed twelve years ago, only 10% of these patients received adequate treatment with antidepressants. In men, one likely reason for this is the development of more pronounced sexual dysfunction while taking antidepressants. Half of the patients taking selective serotonin reuptake inhibitors (SSRI) report a decrease in libido and the same percentage complains about increased orgasm- and ejaculation-related problems. With this, the association of depression with hypogonadism should become apparent.

According to the Care Report 2013/14 on depression, neurologists observe the steepest rise in care among people aged between 40 and 60 years. This applies equally to both women and men, although the level among the latter is somewhat lower. In these two decades, gonadal function progressively declines.

In 2001, a study (1) demonstrated a significant correlation between androgen receptor structures and depression in men. Low testosterone levels were associated with a 5-fold increased risk of depression. Another study (Shores MM, et al.: The prevalence and incidence of depression in older hypogonadal men. Abstract, presented at the Annual meeting of the American Association of Geriatric Psychiatry 2001) found a 3-fold increase of the risk for depression associated with untreated hypogonadism. Both studies showed a very efficient elimination of symptoms of depression. As the reason for that, direct effects of testosterone on the central nervous system based on monoaminergic neurotransmission-related mechanisms were cited. These direct antidepressant effects were complemented by anabolic effects of testosterone on the energy level, resulting in greater stamina. This approach improved depressive symptoms independent of baseline serum testosterone levels close to the limit for hypogonadism.

A prospective long-term study on male hypogonadism confirmed that the depression rates without testosterone replacement are significantly higher (2).

Conclusion: More attention should be paid to testosterone deficiency in older men with depression. 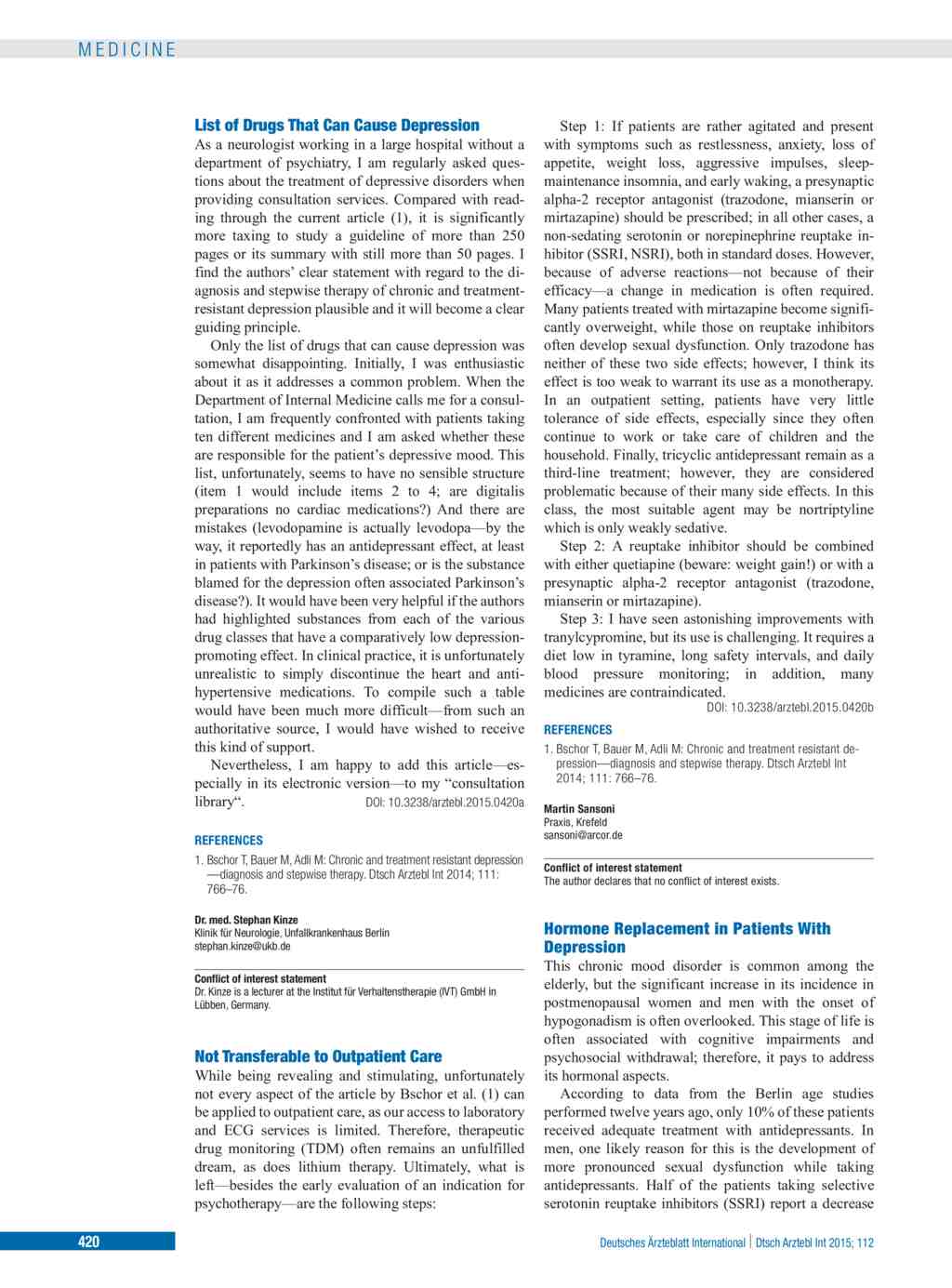