First of all I wish to express my congratulations to the authors for their comprehensive study (1). It is, however, regrettable that the authors use the same language as representatives of gender theory, which has empirically been invalidated a long time ago. They like to instrumentalize transsexual persons for their own far-reaching sociopolitical intentions. That happens when the authors claim early on in the study that “Culturally, gender is considered an obvious, unambiguous dichotomy.” As a matter of fact, gender dichotomy is not cultural but transcultural and natural and we would not exist without it. Transsexual persons confirm this dichotomy by feeling that they belong to the other sex, but they always remain oriented to one of the two sexes. There has been no proof that liberal societies that place less emphasis on the difference between the sexes have fewer transsexuals than traditional societies, although liberal societies provide better living conditions for transsexual people. Transsexuality entails grave suffering for those affected, for their relatives, and especially for their children, for which hormonal or surgical measures offer merely a modicum of alleviation. The 2011 study from Sweden by Cecilia Dhejne et al. showed the increased rate of mental disorders, attempted suicide, and completed suicide after gender reassignment surgery. The repeatedly expressed desire to have the surgery reversed should not be ignored either—cf. www.sexchangeregret.com. The speed with which nowadays even adolescents in puberty are directed towards surgical measures is frightening. In spite of all our successes we need to admit to ourselves that we are not covering ourselves with glory by tackling a profound identity disorder using hormones and knives. We should aim to find ways of alleviating the suffering in such a way that such measures will be history one day. 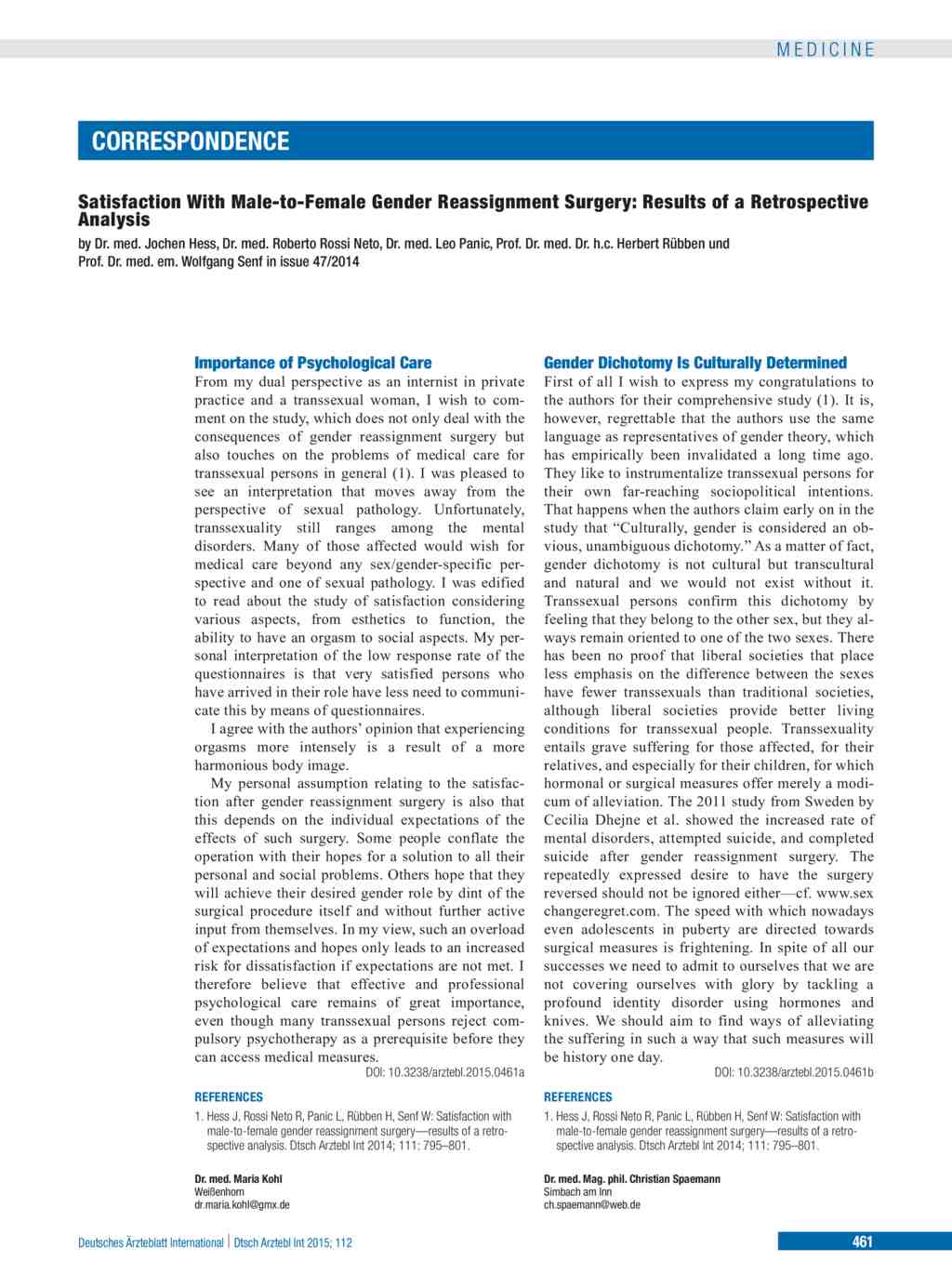