Duration of Immobilization to Be Factored in

The authors’ results show the continued need for a critical evaluation by means of randomized controlled trials of the use of volar locking plate fixation, even though today this technique has been widely adopted in clinical practice (1).

In our letter, we like to highlight an important aspect which has only been briefly touched in the study. We think that the type of aftercare provided was among the key factor influencing the treatment outcomes achieved. In the Methods section of the article, the aftercare is described as consisting of two weeks of postoperative physiotherapy according to local standards (1). However, we would have been interested in information about how long the periods of immobilization were in the various centers. While some hospitals altogether avoid postoperative immobilization after volar locking plate fixation, other centers prescribe postoperative immobilization periods of several weeks (2). Likewise, there are several distinct immobilization regimes used together with the standard casting techniques for this injury (3). Prolonged periods of immobilization frequently increase the need for physiotherapy after cast removal to such an extent that two weeks, the time limit stated in the article, are not enough (4). Thus, different periods of immobilization within and between the treatment arms could act as a confounder for the level of recovery, at least at the follow-up study visits at 3 and 6 months (3).

These differences between aftercare regimes are of interest from the perspective of resource utilization and against the background of the epidemiological trend described by the authors. 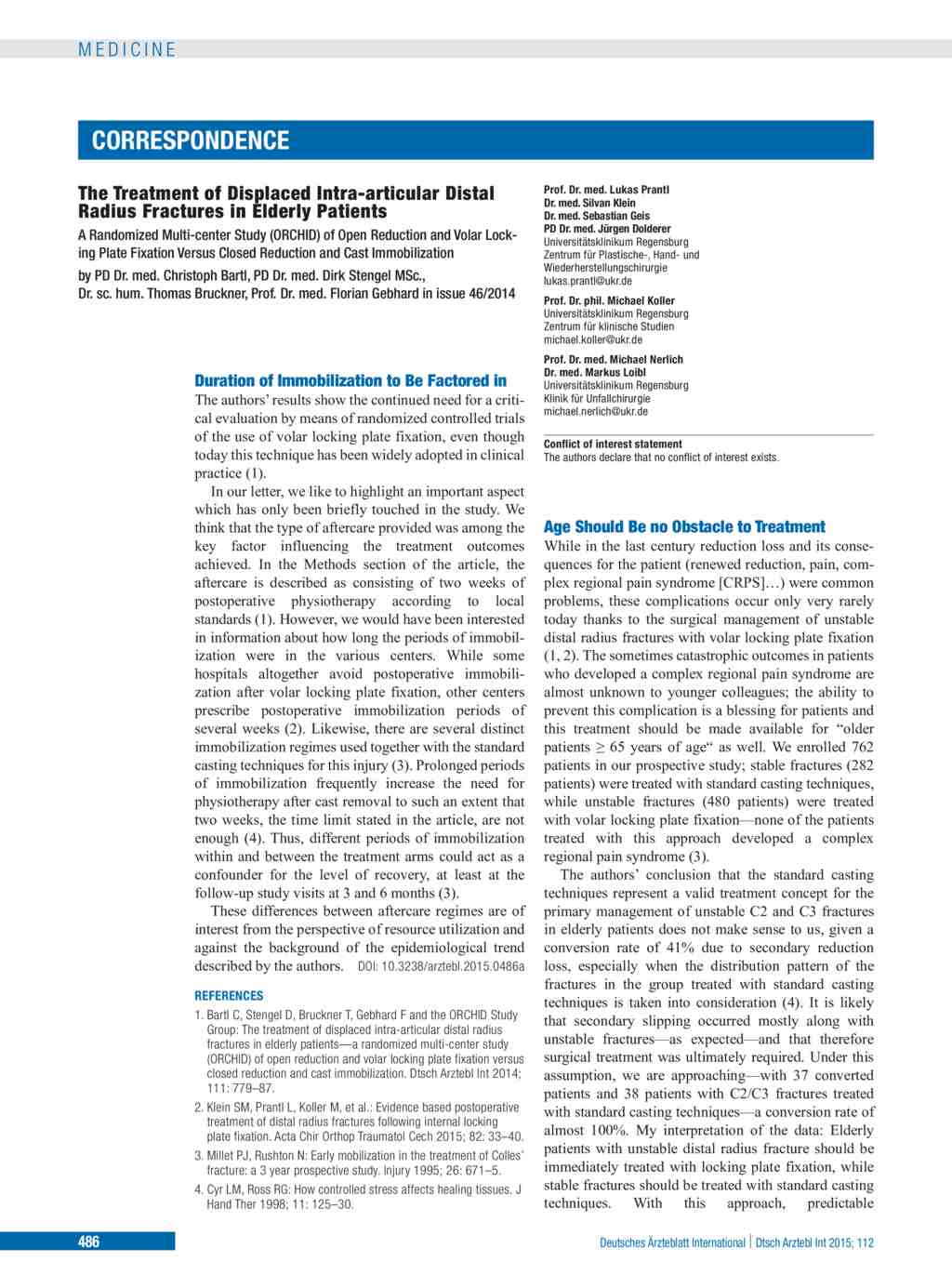