Congratulations to the authors for their presentation of patient characteristics and related healthcare data (1). Unfortunately, their article is flawed by a few errors which can result in wrong conclusions being drawn (2). This applies in particular to Figure 3 where the completeness of the initial diagnostic evaluation is depicted. The authors describe an improvement in the guideline-compliant diagnostic assessment during the observation period (2004 to 2014). However, 24% of cases were excluded for incomplete data. It remains unclear how cases of missing documentation were distinguished from those with missing diagnostic evaluation. It would be important to know whether documentation quality has evolved over the observation period and at what time improvement initiatives were implemented, if any.

The analysis is primarily based on the reported data available in 2010 (935 cases); following the reporting gap between 2011 and 2013, only 23 newly diagnosed cases seem to have been added, despite the postulated rise in incidence. It appears to be plausible that a selection of cases of very committed reporting colleagues contrasted the poor documentation quality of less enthusiastic contributors to this project. The usability of the data should have been critically discussed against the background of lower reporting activity. Furthermore, the confidence intervals of the 2013/2014 data are so wide that the low case numbers alone make it impossible to ascertain the increase. In addition, limiting the y-axis scale to 100% halves the current confidence intervals, creating the false impression of high precision.

Thus, it would appear that the now presented data only allow for a very limited evaluation of care quality, if any. Likewise, due to insufficient data quality, other information, for example about phenotyping and medication, should be viewed critically. The authors overestimate the value of the registry in this regard. In any case, the issue has not been discussed in appropriate detail.

Conflict of interest statement
Prof. Timmer coordinated this registry between 2008 and 2010 and wrote a publication based on the registry data. 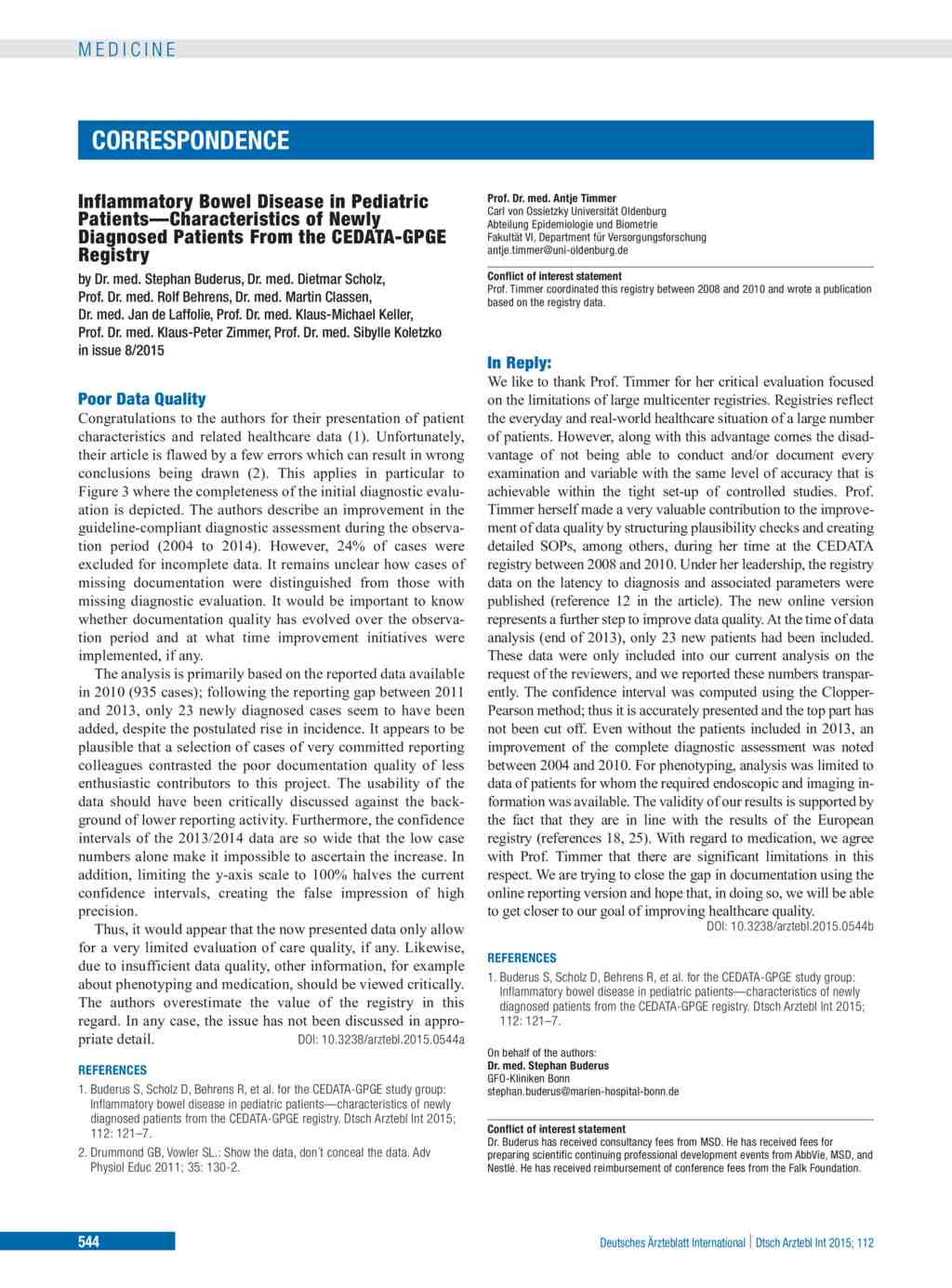