The Use of Antidepressants in Patients With Benzodiazepine Dependence

Janhsen and colleagues describe the disturbing proportions of benzodiazepine use and speak of 230 million defined daily doses (DDD) prescribed per year to patients covered by statutory health insurance (1). With 1341 million DDDs in 2013, antidepressants are prescribed even more frequently (2).

With regard to the common practice of prescribing both substance groups concomitantly, there is only the brief statement: “The use of antidepressants is recommended only in patients with comorbid depressive symptoms.“ Here, reference is wrongly made to a study (3) evaluating the use of an antidepressant on benzodiazepine withdrawal in explicitly non-depressive patients. This recommendation of Janhsen et al. is not helpful since almost all patients with addiction show depressive symptoms as part of their illness.

The Drug Commission of the German Medical Association (AkdÄ) has recently issued a detailed statement on the problem of identifying a depressive disorder in patients with alcohol dependence and treating it with pharmacotherapy (4). These recommendations can essentially be applied to patients with benzodiazepine dependence as well. Key messages include: Symptoms such as lack of energy, social withdrawal, insomnia, and a sense of guilt are in most cases associated with addiction and not related to an independent mood disorder. A depressive disorder can only be reliably diagnosed after at least two to four weeks of abstinence. Stringent treatment of addiction is crucial, also to improve depressive symptoms. Along with strict abstinence, depressive symptoms frequently improve.

Prescribing antidepressants will inevitably reinforce ideas typically associated with addiction, such as the assumption that the oral intake of substances is the only way to control the mental state. Physicians should be self-critical and ask themselves whether they take this approach only to avoid the unpleasant discussion about addiction. It remains unclear whether and how antidepressants are acting when concomitantly addictive substance are continuously consumed.

The same recommendations are made in the S3 guideline/National Disease Management guideline Unipolar Depression. 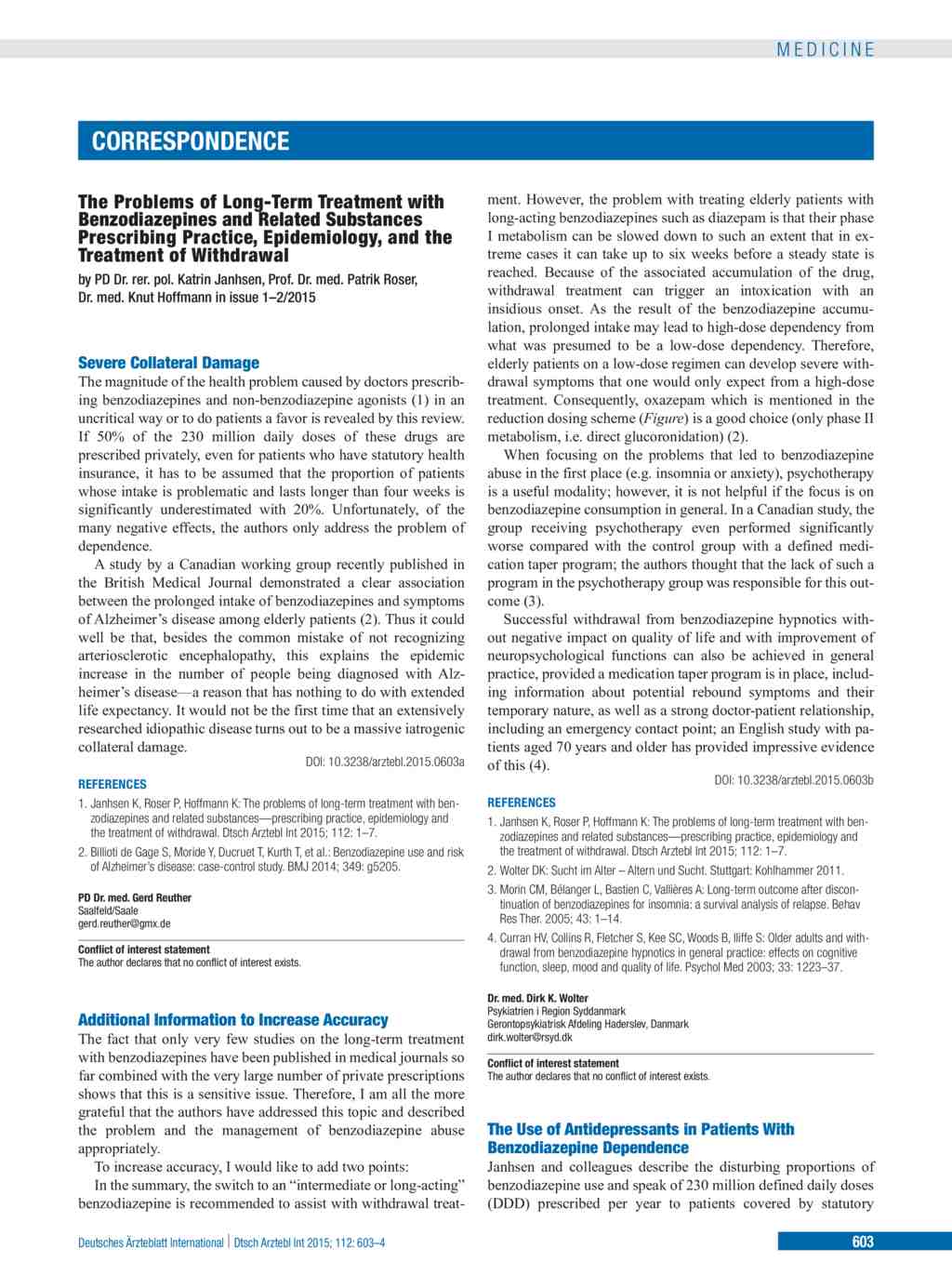