Ethics Discussion Was too Brief

“Social freezing” is part of the controversial discipline of enhancement medicine (1, 2). For this reason, it is not only the medical-technical discussion that is important, but mainly the ethical discussion. This discussion is very brief in the article, and the supporting reference list is sparse. The central statement, “Ethicists see a woman’s autonomy as an essential good by reason of which she can decide for herself whether she takes measures for fertility preservation,” is supported by only two references. In one of the studies, the authors (Mertes, Pennings) accept the decision in favor of social freezing, without questioning it in any way. Their objective is a different one—namely, improvements in how the method is dealt with: how women can be convinced to use the method as early as possible, at an age where “good results” may be expected. The second article (also by Pennings) explains that medical and social reasons can often not be clearly separated from one another—an odd hypothesis, in my opinion: on the one hand, we have a woman whose ovaries are threatened with destruction by aggressive cancer treatments; on the other hand, the woman for whom a child does not fit into her life plan at a particular moment. Citing these two references does not amount to an adequate discussion of the topic “autonomy.” The only critical voice that is cited is the position taken by the Swiss ethics committee. The discussion in Germany is not mentioned—for example, the extensive 2014 article by the medical ethicist Giovanni Maio: “Schwangerschaft auf Abruf? Warum Social-Egg-Freezing nicht der richtige Weg ist [pregnancy on demand? Why social egg freezing is not the way forward]” (3), in which he critically reflects on the “promise of freezing time itself” and warns against the neverending spiral of what is possible and feasible.

It is very much to the authors’ credit that they—as tried and tested experts—tackle such a hot topic, but please allow me the question of whether the authors’ declared conflict of interests maybe narrows their focus to a degree. 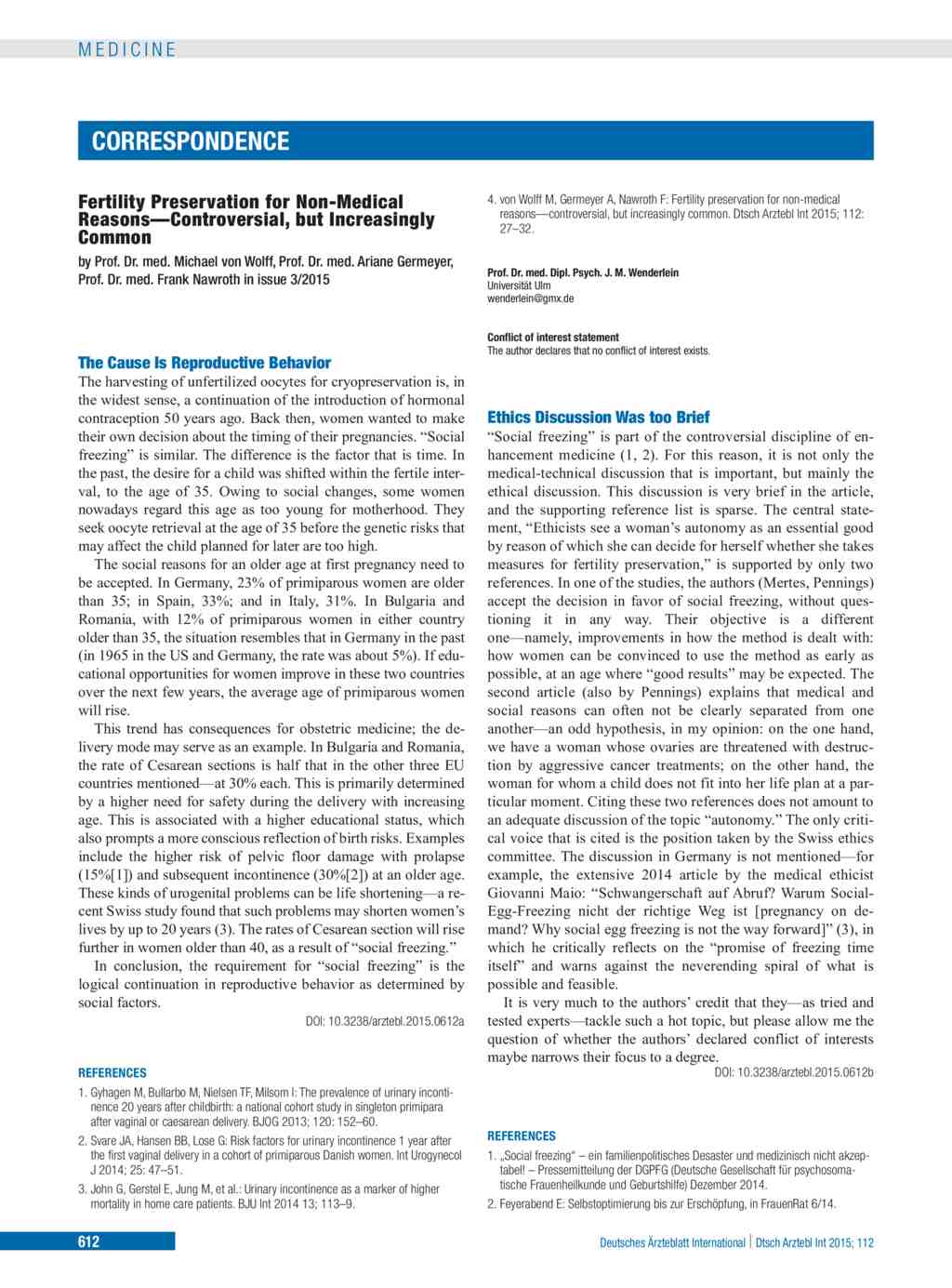