Gurlit and colleagues are pioneers in the prevention of postoperative delirium in Germany; their ground-breaking work has significantly contributed to delirium prevention in Germany (1). They have revealed key aspects of the management of geriatric patients with cognitive deficits in a general hospital: The longer duration of hospital stays among patients with postoperative delirium as a cost factor associated with complication-ridden hospital courses and lack of awareness of established delirium prevention methods among medical and nursing staff. We believe that the prevention and management of “abnormal behavior in patients with dementia“ (better referred to as Behavioral and Psychological Symptoms of Dementia [BPSD]) is as important as the prevention of delirium (2). Given the demographic background of an increasing number of patients with dementia as a secondary diagnosis treated on somatic wards in general hospitals, we think it is essential to train, educate and support nursing and medical staff in the management of geriatric patients with cognitive impairments. For this reason, we at the Evangelisches Krankenhaus Königin Elisabeth Herzberge have—led by the nursing staff—developed a delirium/dementia management approach which is now sponsored by the Robert Bosch Foundation, too. In addition, an advanced training program to become a “Nursing Expert for People Suffering from Dementia” has been established in collaboration with the AOK Nord-Ost and the Evangelische Diakonieverein Zehlendorf e.V.

Only a complex approach to the situation of hospitalized people with dementia can lead to improvements in the care of these patients. For us, the idea of a dementia-sensitive hospital is an important goal to pursue; and the prevention of postoperative delirium is a first step on our way to reach it. This development could be fostered by adopting approaches of liaison psychiatry on somatic wards in general hospitals (3).

Mr. Heinrich and Dipl.-Geront. Schlauß declare that no conflict of interest exists. 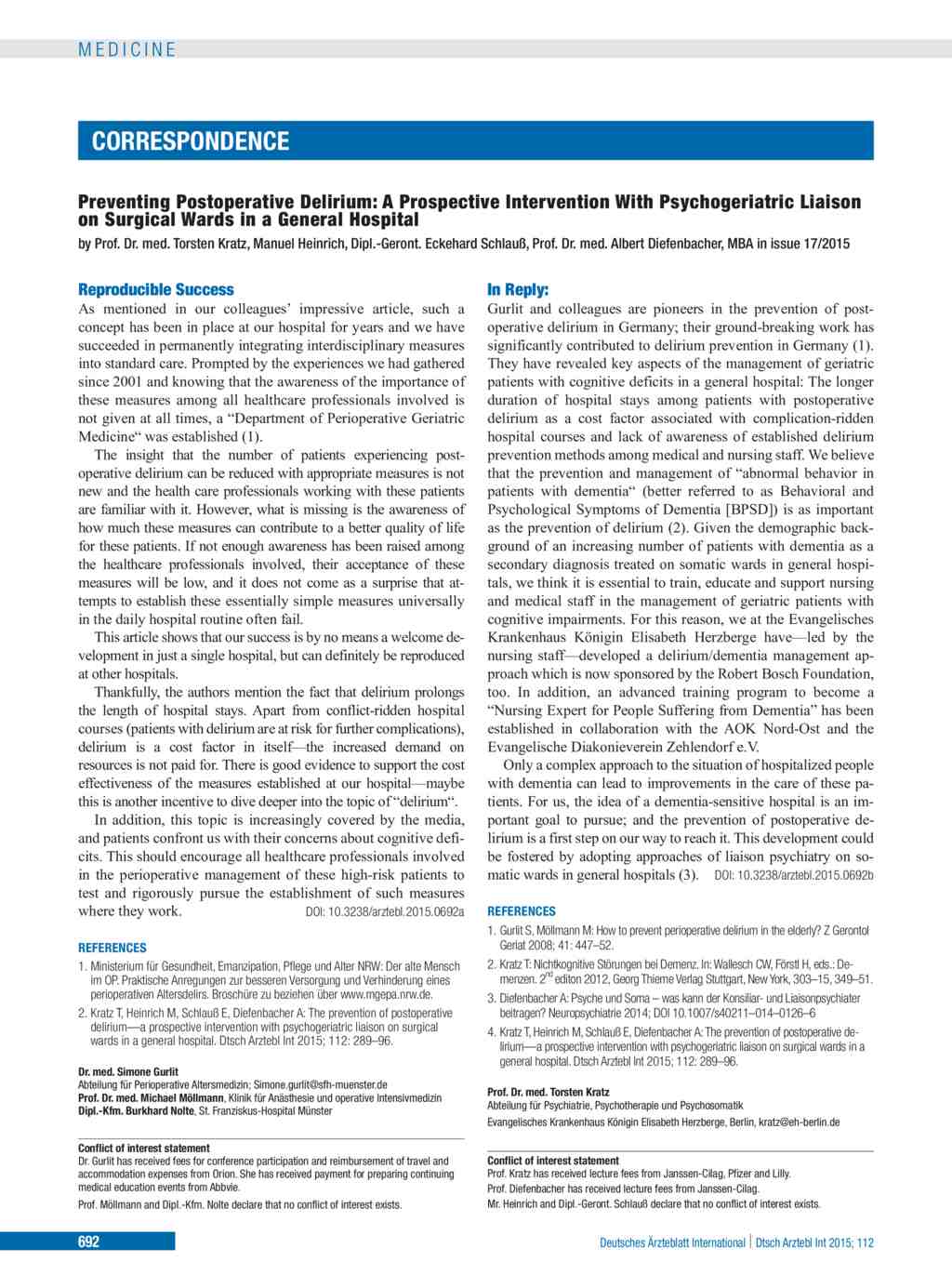