Obviously, sexual dysfunction is always a multicausal and multidimensional problem, but radiochemotherapy of the pelvis is an unambiguous risk factor for the development of physiological and anatomical exchanges to the genital area, which may materially affect sexual functioning even years after the treatment was administered.

The LENT SOMA Score (Late Effects of Normal Tissues; SOMA = Subjective, Objective, Management and Analytic Categories) (4) is a suitable instrument in persons with sexual dysfunction for determining symptoms before and after treatment and to determine the therapeutic need. Unfortunately this is done too rarely in routine clinical practice. We can only assume that feelings of shame on the part of both patients and doctors is responsible for this omission.

Informing women about the regular use of vaginal dilators, as early as possible and also, if possible, during treatment, but at the latest after the inflammation has subsided results in a notable decrease in sexual dysfunction. 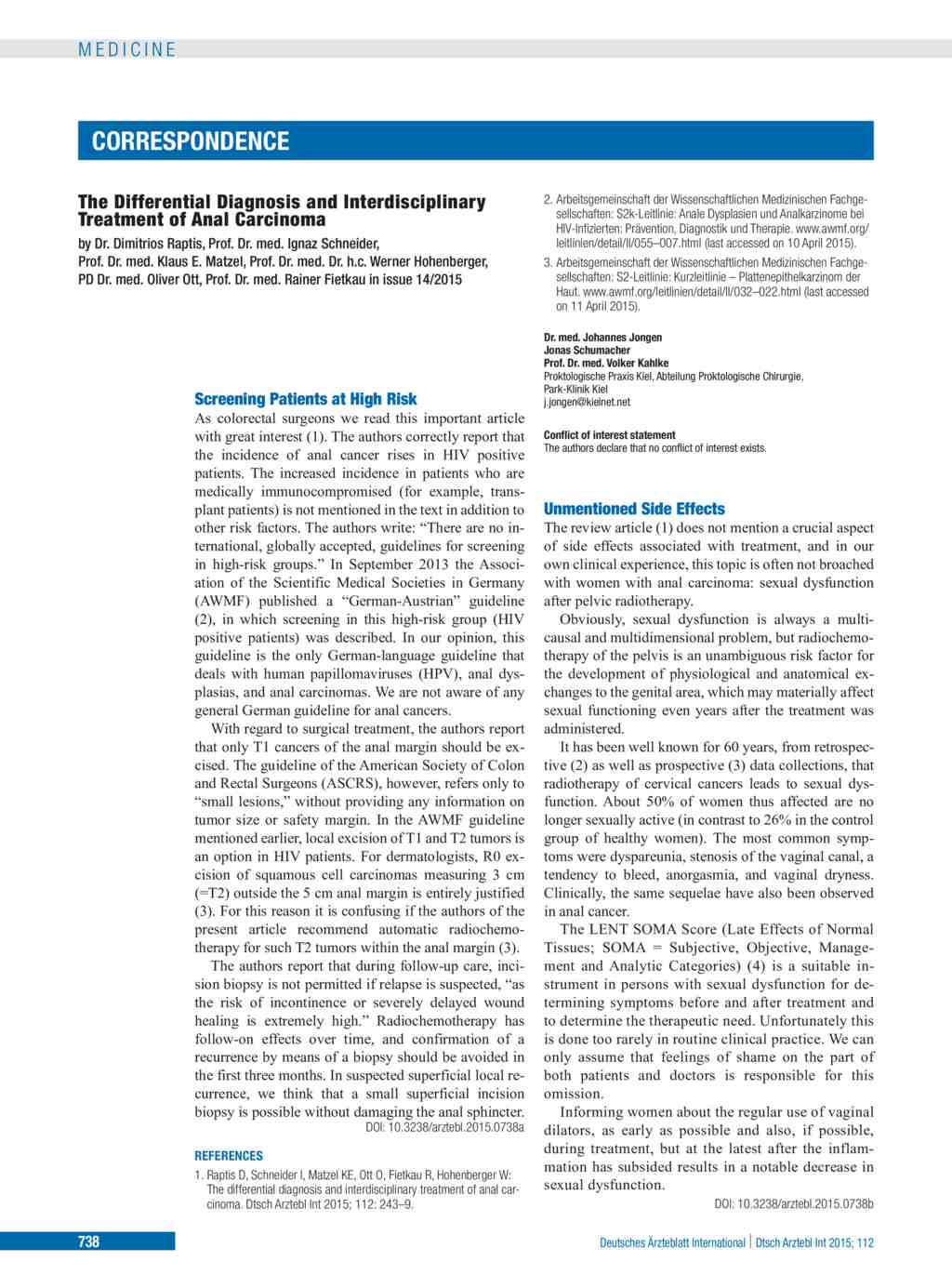