We agree with Reuther’s view that by international standards the indication for thermal ablation is more restrictive in Germany and surgical resection is often preferred. The data compiled in our review (1) reflect the current discussion on this topic and suggest that the role of thermal ablation in the S3 guideline will no longer be restricted to that of an alternative treatment option, for instance in patients with an increased anesthetic risk.

The topicality of the discussion allows us to regard thermal ablation as a novel technique since the follow-up period of 15 years is very limited compared with the 150-year history of surgical nephrectomy; furthermore, long-term outcomes observed 5 to 10 years after thermal ablation have only been published recently.

There are a number of effective techniques available to prevent thermal injury to adjacent structures. Apart from the commonly used hydrodissection (2), insufflation of a gas is considered an effective method to create a heat shield. In addition, the use of angioplasty balloons as an ideal method to prevent collateral thermal damage has been reported in recent studies (3). Targeted randomized controlled studies evaluating the various options to prevent thermal ablation-related heat damage are needed to identify the most effective technique. Currently still in the design stage, such studies can be expected to be initiated in the near future.

He has received fees for preparing continuing medical education events from Astellas.

PD Regier declares that no conflict of interests exists. 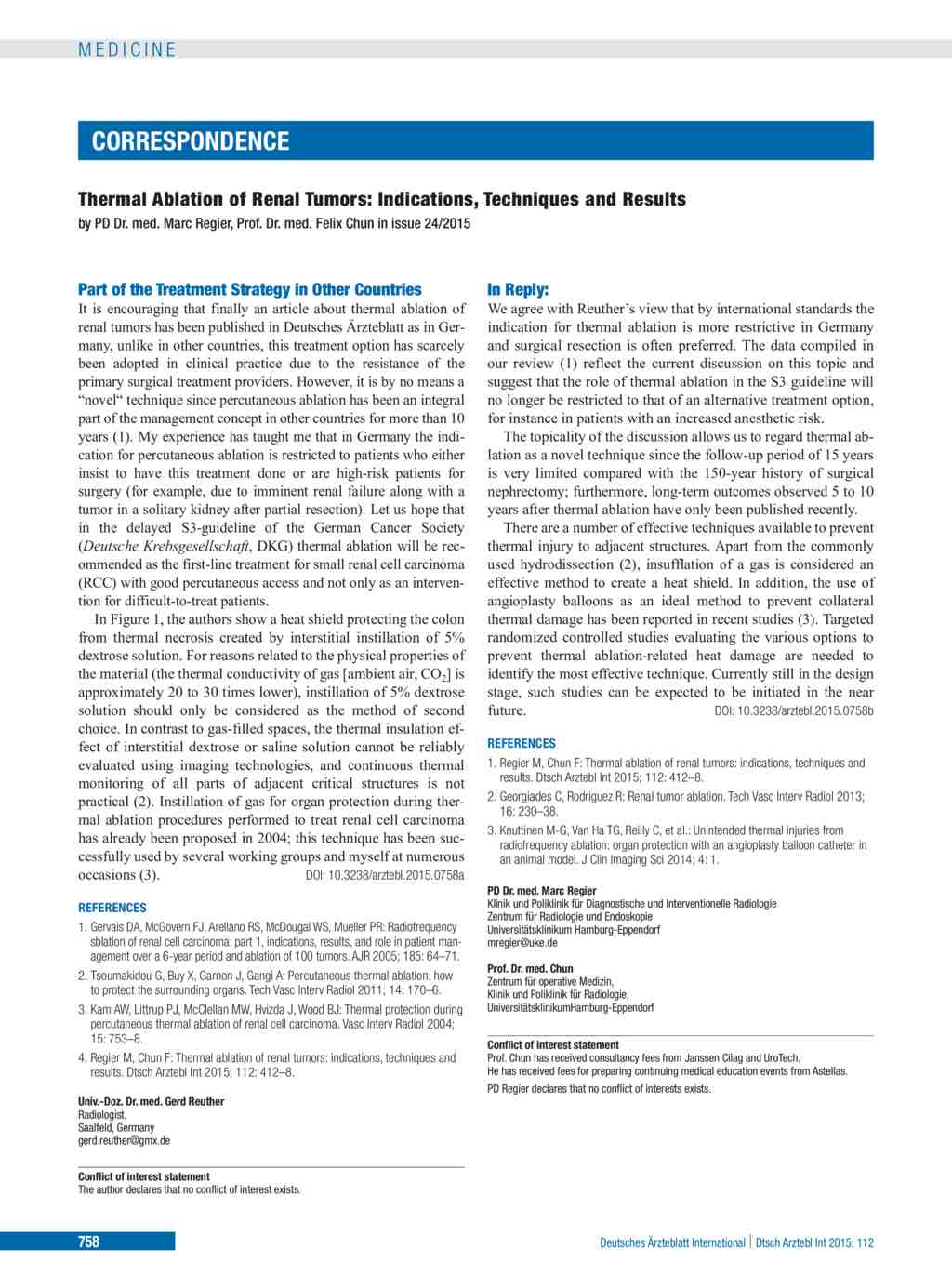