Between 1985 and 1990, we conducted extensive environmental epidemiological studies at the Erfurt District Institute of Hygiene, using the instruments available at that time. Our aim was to identify a correlation between the exposure to sulfur dioxide and sedimentation dust (in these years the air pollution in the City of Erfurt was extremely high) on the one hand and the incidence of acute bronchopulmonary and cardiac events on the other. In addition, the incidences of these types of disease, including pseudocroup in children, in Erfurt were compared with those in rural areas with low levels of pollution. Unfortunately, we were not allowed to publish our data at that time.

Interestingly, we could not demonstrate any relationship and thus concluded from our data that in situations with acute exposure to high levels of air pollutants, such as episodes of smog, residents tend to avoid spending time outdoors; thus, their actual exposure was significantly lower than it would have been expected from the pollutant levels measured in outdoor air.

According to the literature, people these days spend 80% of their time in indoor spaces. Therefore, we thought that indoor factors play a more significant role than outdoor ones because people, except for a few professions, spend most of their working hours and leisure time in an indoor environment. Consequently, the exposure levels measured in atmospheric outdoor air do not accurately reflect the actual exposure of people living in the area.

In this otherwise very comprehensive publication I would have wished for a discussion of this issue as apparently conclusions about a causal relationship were drawn from the particulate matter exposure at the place of residence, i.e. from outdoor air data. 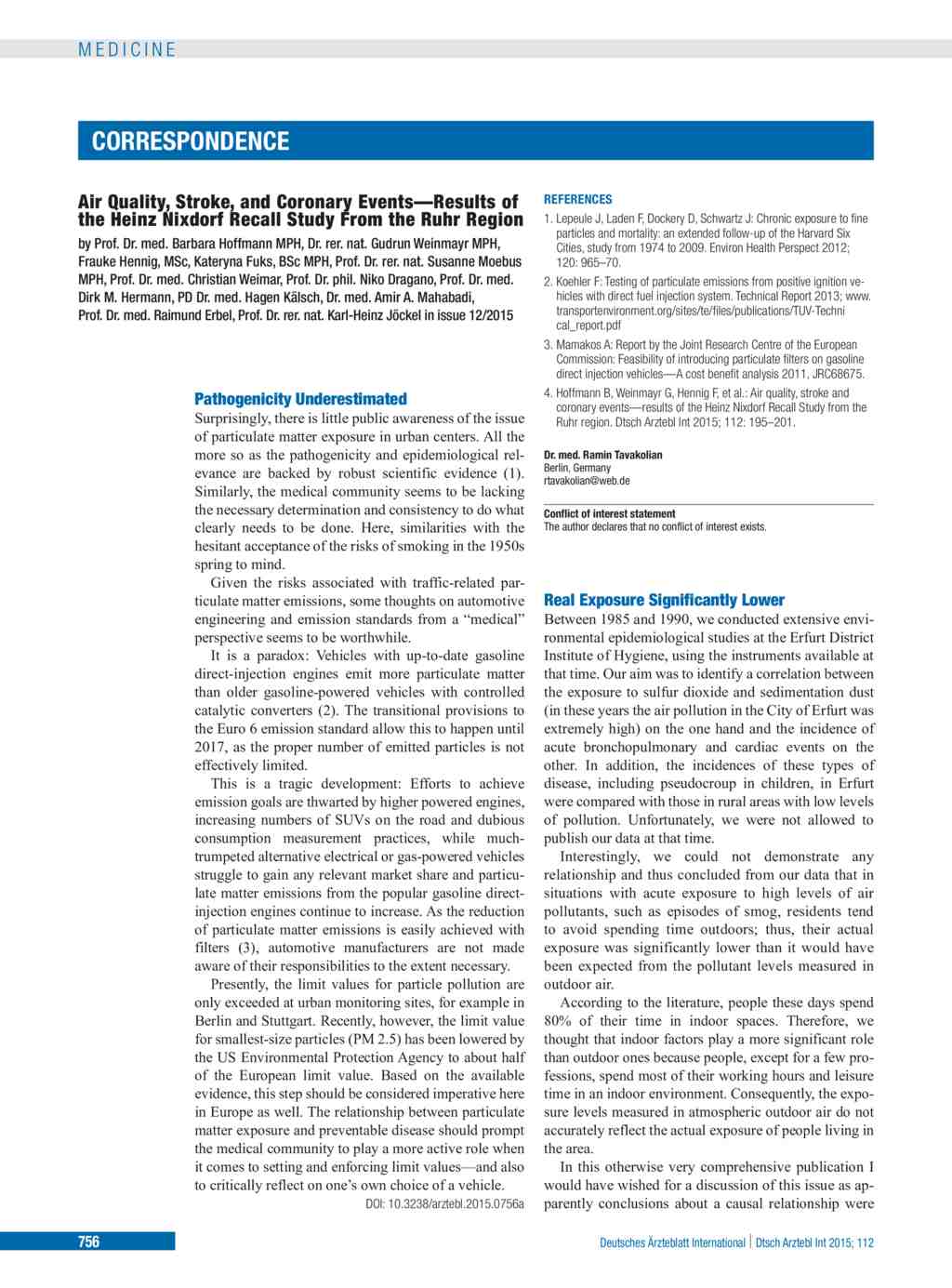