The Renaissance of Digitoxin Is Overdue

A 12-page review article on heart failure is very commendable (1). However, it is a source of irritation that in such a comprehensive article, a total of six lines is all that is given to the positive inotropic digitalis glycosides. A distinction between digoxin and digitoxin was not provided. Positive experiences have been reported for a long time for digitoxin (made from Digitalis purpurea). Some 50 years ago, digitoxin (oral, i.v.) and strophanthin (i.v.) were used in clinical practice on a daily basis. When clinical pharmacologists then claimed that digoxin (made from Digitalis lanata) was more easily controllable—its saturation dosage is lower and it is excreted more rapidly—digoxin was seen as more modern and displaced digitoxin almost completely (2). This however, meant that right from the beginning no attention was given to the fact that clinical pharmacologists’ data came from young students, whereas usually heart failure occurs in old age. Renal function decreases physiologically in old persons. Digoxin is excreted via the kidneys, which means that in this setting there is a risk of cumulation with symptoms of toxicity, such as heart arrhythmia. By contrast, digitoxin is excreted via the liver and does not cumulate in older persons. In case of doubt, concentrations can easily be measured. As might have been expected, clinical experiences with digoxin were disappointing. The indications were reduced and are currently restricted to absolute tachyarrhythmia. However, study results are increasingly reporting higher lethality for digoxin for this indication too, with reported increases of up to 27% (3). A digitoxin study is being conducted at Hanover Medical School. I am certain that this will confirm the positive effect of digitoxin and thus confirm that the preference for digoxin is an aberration. A renaissance of digoxin is overdue, in the interest of the many affected patients. 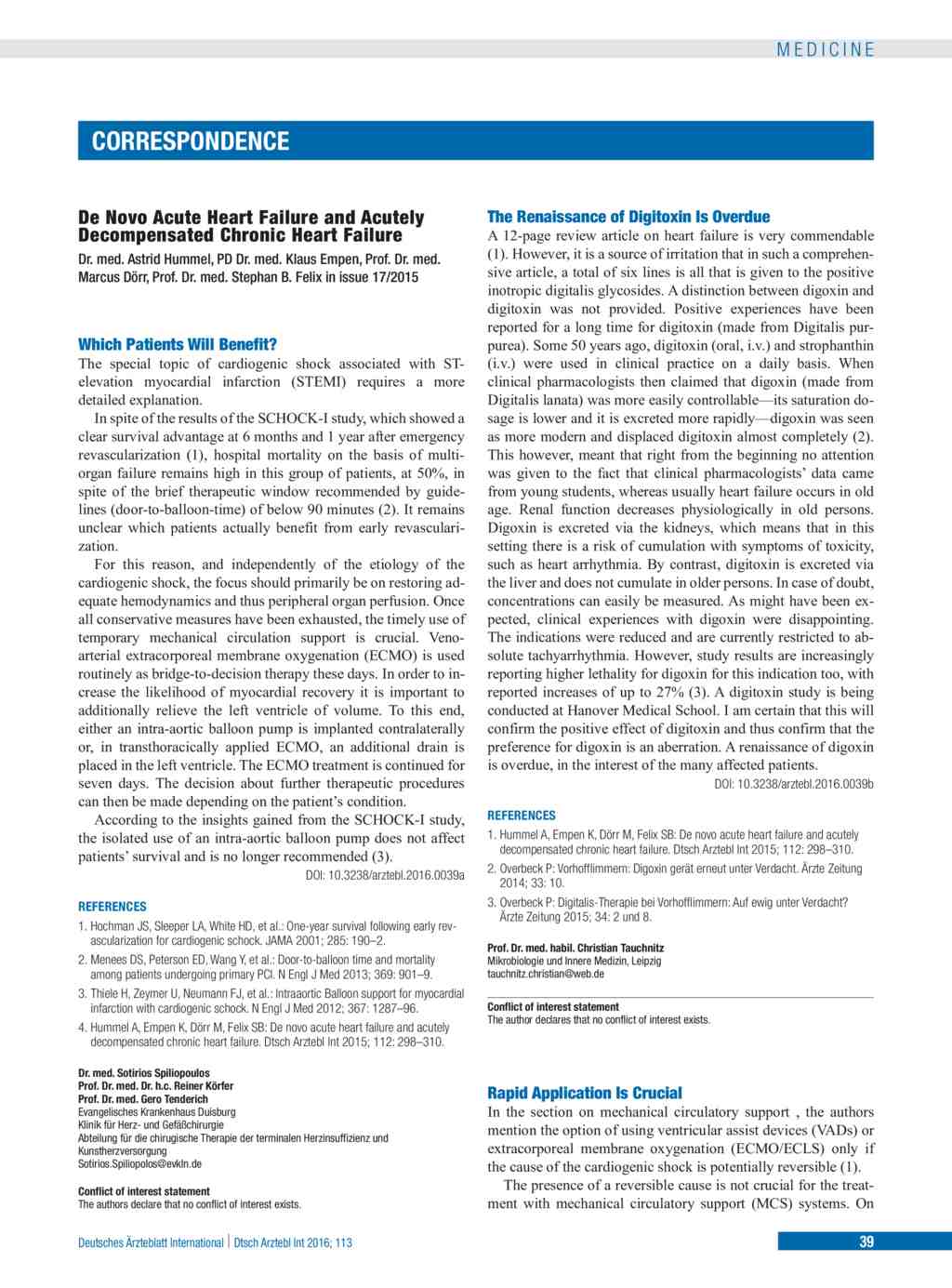