Unfortunately, it is necessary to broaden the view on the surgical treatment of vaginal vault prolapse (1) and also include long-term data from the CARE study conducted in the United States (2) and data from a Czech multicenter study (3). In the CARE study, in which only continent women with vaginal vault prolapse underwent surgery, 81% of all women were incontinent 7 years after sacrocolpopexy. By means of abdominal Burch colposuspension, incontinence could be prevented in only 6% of these women. During the same period, 34%–48% experienced “anatomical“ recurrences. Mesh erosions occurred in 10% of these patients. The authors were “[…] surprised by the high failure rate as this procedure has been regarded as the gold standard in pelvic floor repair surgery“.

The Czech multicenter study showed as early as one year after sacrospinous ligament fixation (Amreich-Richter) that 40% of all women had become incontinent (25% de-novo stress urinary incontinence, 15% de-novo urge urinary incontinence). 39% of all patients experienced anatomical recurrences and 20% mesh erosions (Prolift). The authors regarded these outcomes as “unexpected and unexplainable“. These results should lead to greater reflection on this approach. 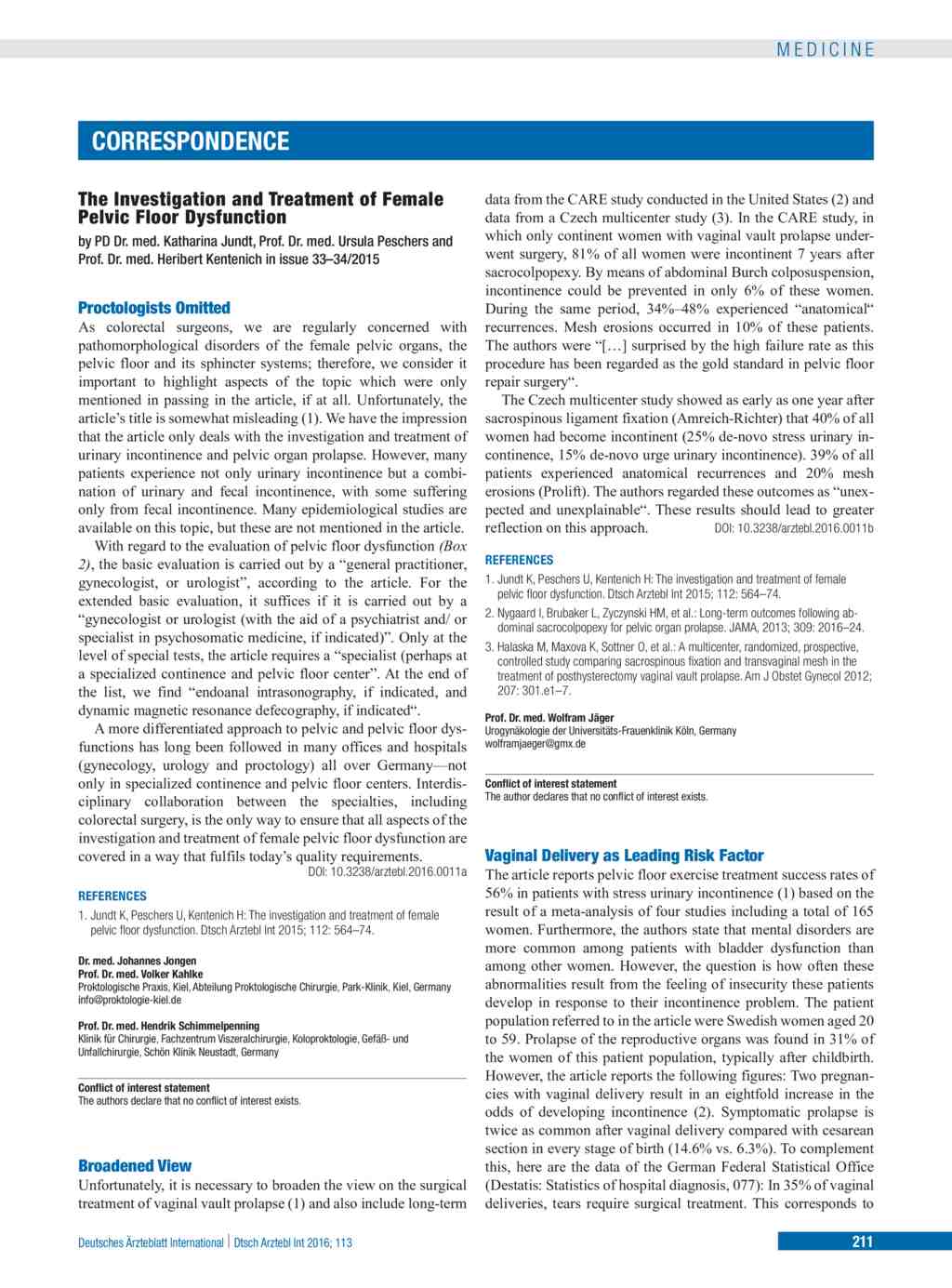