In the United States, inguinal hernias and femoral hernias have been treated on an outpatient basis in most cases (92%) for decades now. Even in the former German Democratic Republic, the importance of outpatient surgery was recognized, and in the Veneto province in Italy, the proportion of outpatient operations has risen to comparable levels (1). Only in unified Germany, 66.78% of inguinal hernia repairs are undertaken as inpatient procedures and only 33% on an outpatient basis, according to Jähne (2). Nimptsch and Mansky (3) conclude that death rates for inpatient herniotomies could be lowered. Possible causes of death include complications (perforation, repeat laparotomies, suture failure) that have been described especially in the context of laparoscopic procedures. Recent national registry studies from Scandinavia (4) have confirmed that laparoscopic herniotomies have a higher risk for severe complications than open herniotomies: an extra-abdominal condition turns into an intra-abdominal condition. In view of the fact that in our neighboring countries (the Netherlands, United Kingdom, Denmark, Sweden) the frequency of laparoscopic operations is lower than in Germany, the question that arises is what distinguishes German patients from those of other countries? When taking into consideration the overall economic efficiency of our hospitals, of the complications, and of death rates—maybe less would be more? 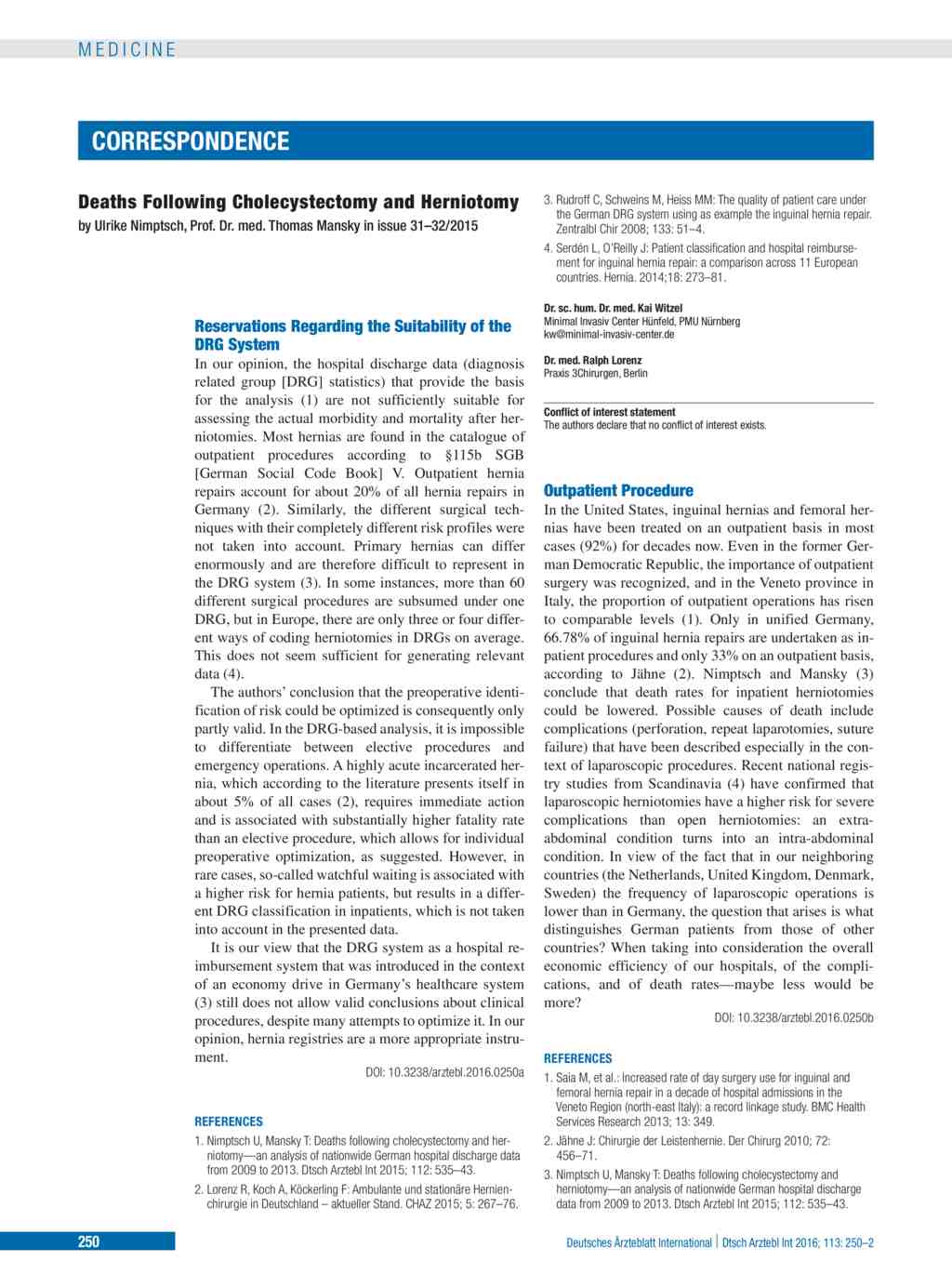