DÄ internationalArchive39/2016Making the Most of Yoga in the Individual Setting

Making the Most of Yoga in the Individual Setting

Thanks to the authors for their meta-analysis of scientific studies of the effectiveness of yoga in mental disorders (1). The value of yoga classes as preventive measures in health care has become widely accepted—e.g. according to §20 of the German social code (Sozialgesetzbuch, SGB), statutory health insurers are refunding expenses for such classes. But the therapeutic potential of yoga in the context of medical treatment has been made the most of only in individual cases so far in Germany.

I wish to point out that the comment in the article, that patients with more severe symptoms benefit less, should be qualified in as far as this conclusion from the presented data can be drawn exclusively for yoga in group settings. In fact, the more severe the disorder—whether physical or mental—the more sense guided individual yoga therapy makes, and the more effective it will be. In such settings, yoga as an empirical science provides a complementary therapeutic approach or even an independent, non-pharmacological therapeutic approach in order to sustain remission.

Psycho-emotional stability can be attained effectively by means of breathing techniques, among others. The experience of self-efficacy and self-regulation on the part of the patient is an additional bonus; the article explains very well how this was successful in non-inpatient phases of a disorder.

It is desirable for such a yoga therapy option to become better known among colleagues and subsequently applied more often for the benefit of the patients. Obviously, this requires competent, specially trained yoga therapists, maybe with prior medical training. A source of qualified yoga therapists is available from the German society of yoga therapy (Deutsche Gesellschaft für Yogatherapie e. V., www.degyt.de).

1.
Klatte R, Pabst S, Beelmann A, Rosendahl J: The efficacy of body-oriented yoga in mental disorders—a systematic review and meta-analysis. Dtsch Arztebl Int 2016; 113: 195–202 VOLLTEXT
Making the Most of Yoga in the Individual Setting 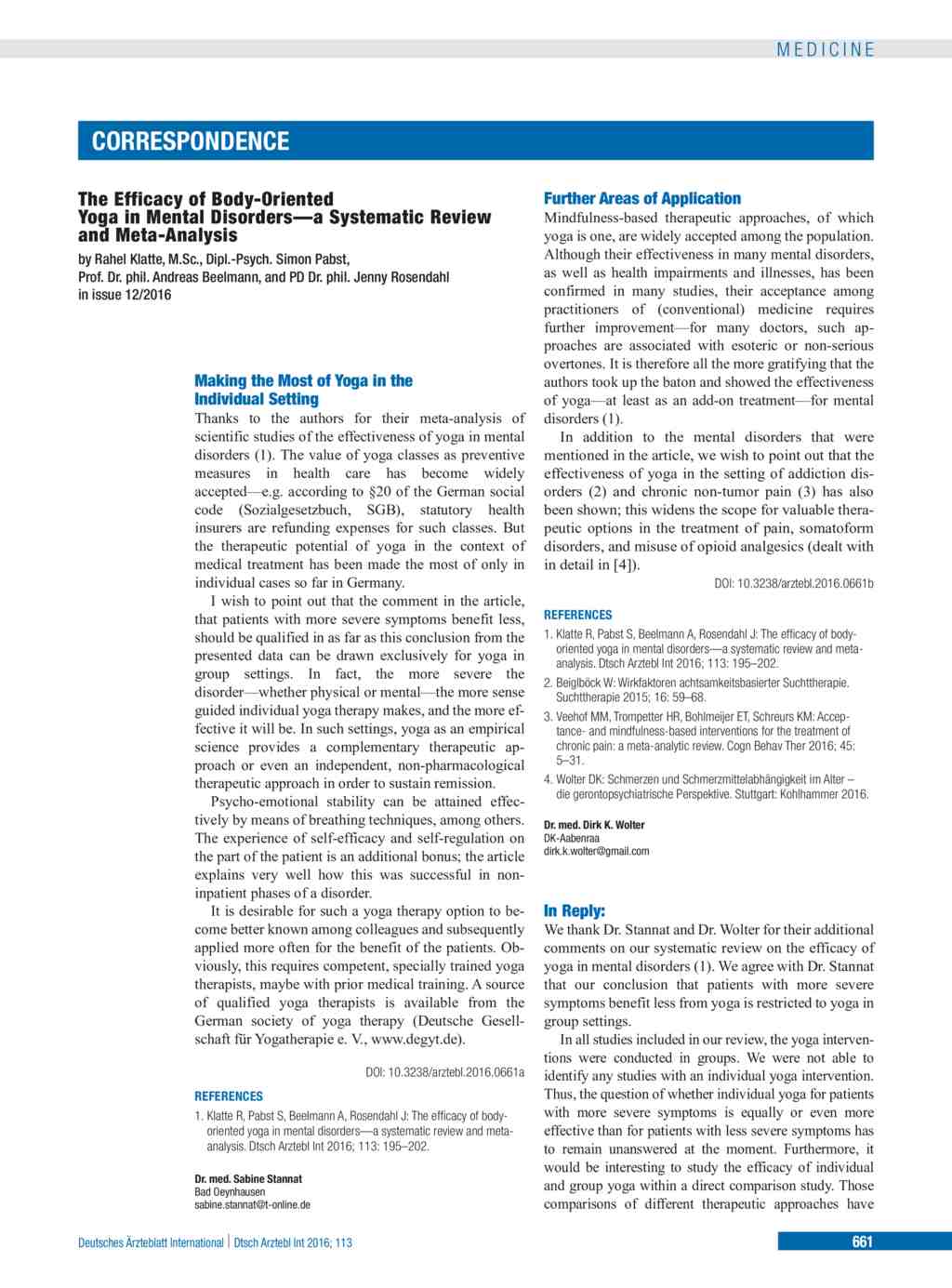