Trappe and Voit showed in a methodologically sound study that merely listening to music goes hand in hand with a reduction in the concentrations of the stress hormone cortisol (1). This effect reached significance and was observed independently of the musical genre of the music on offer; furthermore, it was also not merely the expression of a physiological effect of rest.

This finding is consistent with music therapeutic routine experience and with the results of musical preference research—namely, that individually different musical genres are used to achieve a subjective state of relaxation. By contrast, the effects of different musical styles on heart rate and blood pressure were obviously less pronounced than in the control setting without music (1). Standardized serial measurements of heart rate variability (HRV) during rest might be suitable for confirming such changes (2). In a study of the effects of “calming/relaxing” or “stimulating” music on the HRV, we also found a drop over time, independently of the musical genre (Bertling B, Harenbrock S, Agelink MW: Musik und Vegetativum [music and the autonomic nervous system] . [conference abstract] Jahrestagung der Deutschen Gesellschaft für Musikpsychologie [AGM of the German Society for Music Psychology]; Karlsruhe, 17–19 September 1999). Neither musical style resulted in significant changes to the HRV. What was interesting, however, was that subjects who subjectively liked the “calming/relaxing” music had a tendentially greater increase in the vagal modulation of the heart frequency than subjects who did not like the same piece of music. By contrast, Trappe and Voit could not demonstrate any significant effects resulting from subjective ratings, but then 90% of their subjects described all three musical styles as a pleasant sensation (1). The idea of compiling a “musical pharmacy” from certain musical genres that has a defined therapeutic effect in an existing indication is exciting—but it should not be allowed to blank out the subjective perception of the individual. 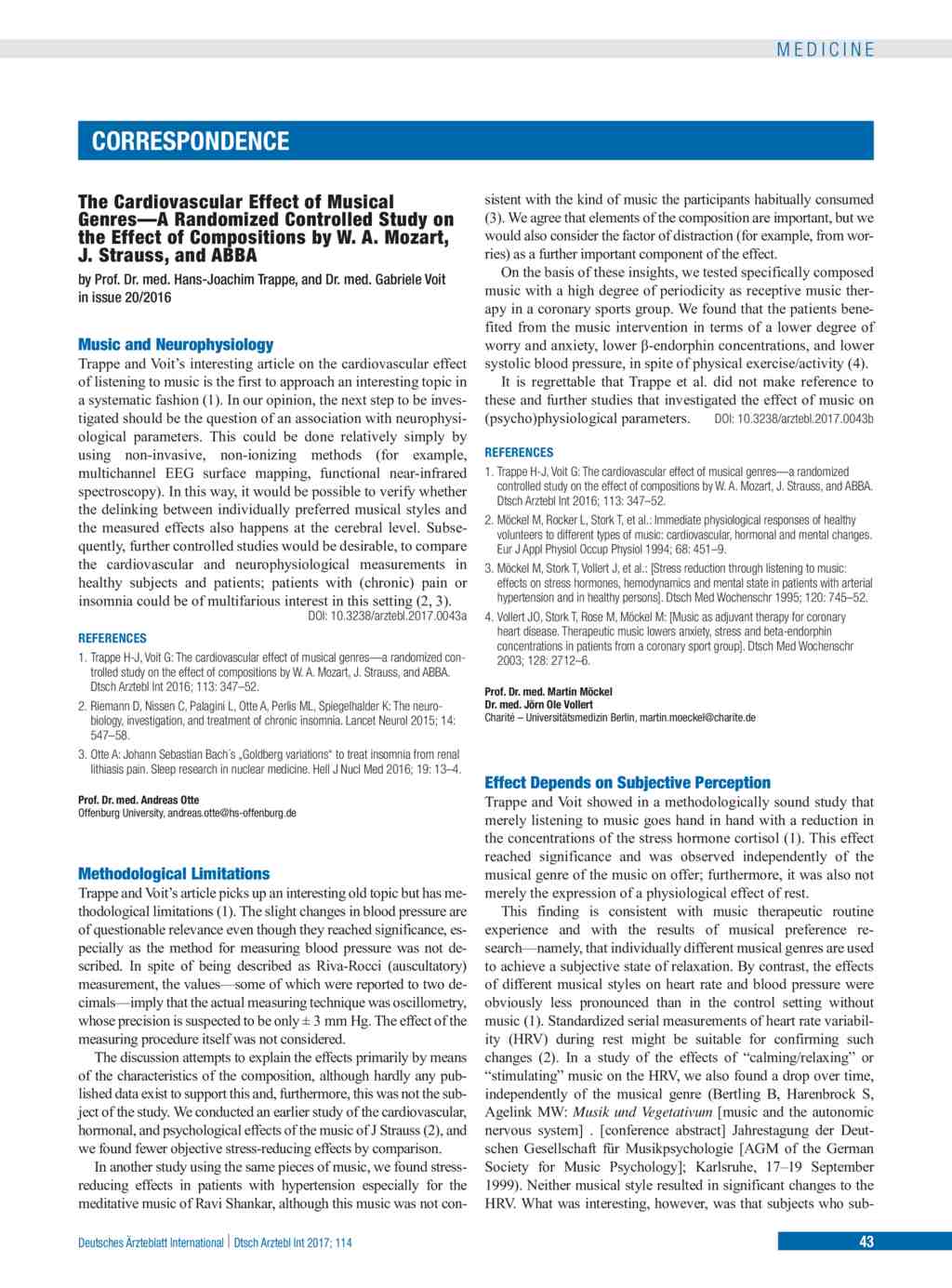