We thank Prof. Göring for his important comment and will complete the diagnostic investigation by including the relevant test. Because of the patient’s age, acquired C1 inhibitor deficiency seemed more likely than acquired angioedema (1). But this deficiency is altogether extremely rare (2) and unlikely, because one would expect repeated episodes (3). No further such events affected our patient before and after he had the tattoo in the autumn of 2014 (status on 28 November 2016) (4). We did not find any indications of isolated gastrointestinal manifestations in the patient’s past, and neither did we have grounds for suspecting typically associated disorders—for example, lymphoproliferative disorders, B-cell malignancies, or autoimmune disorders. On this background, we continue to regard acquired C1 inhibition deficiency or hereditary angioedema as an unlikely diagnosis.

On the other hand, several known allergens were confirmed, whose application has a temporal association to the development of symptoms; consequently, we still think that the suspected diagnosis of a severe allergic reaction is the most probable one. However, it is important to stress that the named differential diagnoses also represent a further relevant health risk, which tattoo artists and their customers are usually unaware of. The commentary therefore complements our key message, that better pre-interventional information is required in order to prevent newly tattooed persons from entering potentially complicating situations—such as air travel—directly after the procedure. 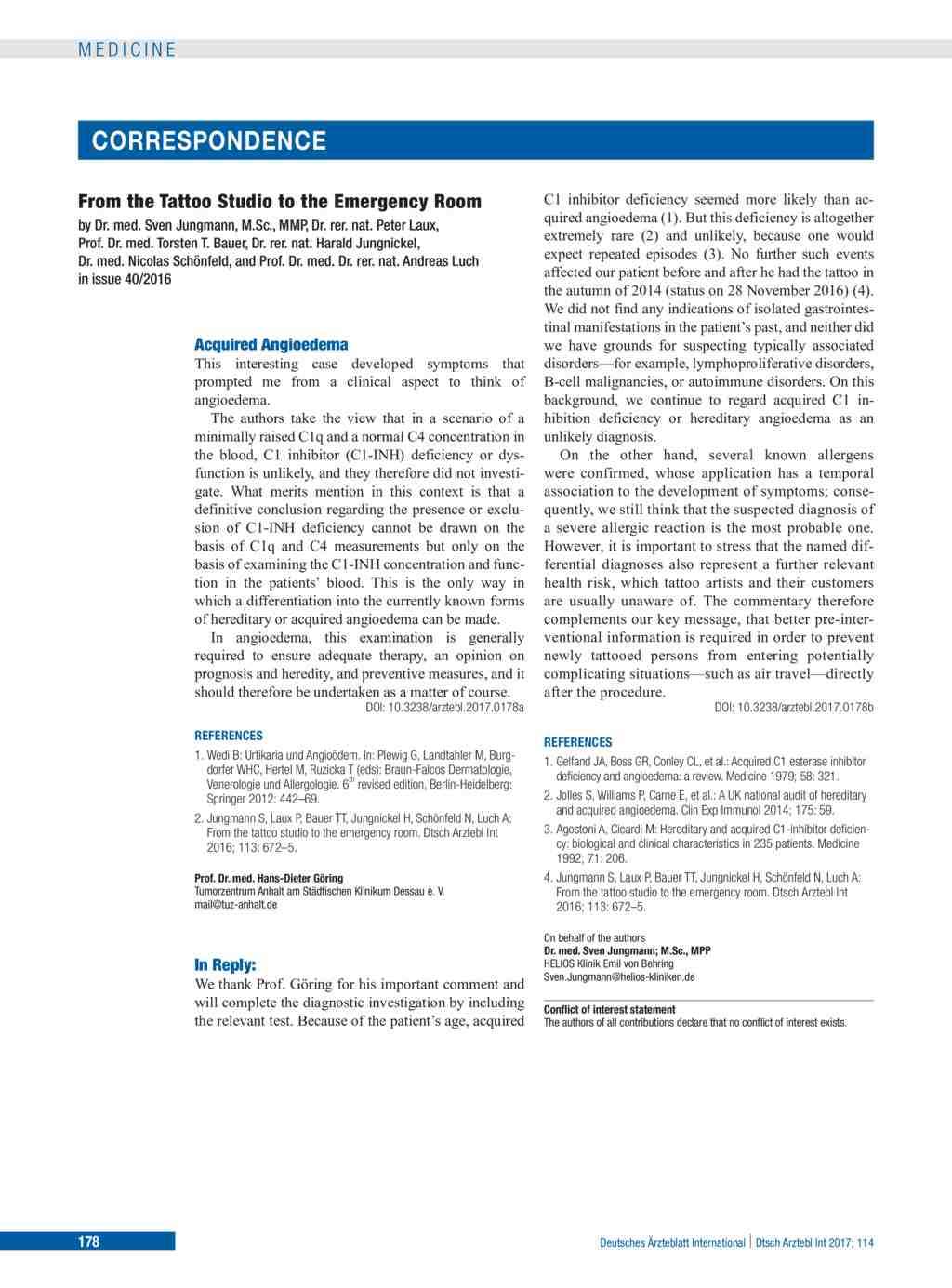