DÄ internationalArchive12/2017New Perspectives for the Importance of Cardiometabolic Risk Factors

New Perspectives for the Importance of Cardiometabolic Risk Factors

So far, only the classic risk factors for the development of cardiovascular diseases have been discussed, but the important co-existing inflammatory processes have not been sufficiently considered. However, for more than 20 years it has been scientifically proven that local inflammatory reactions play an important role in the development and progression of such disorders (1). These conclusions agree with the scientific results that had already been published more than 40 years ago by our research group in New York (2). During our studies on the antigenic structure of cardiovascular tissue, we demonstrated that in different stages of atherosclerosis, C-reactive protein as well as two different vascular-specific autoantigens—lipoprotein and a glycoprotein—play an important role during the development of these diseases. On this background, several years later many different and intensive studies, dealing with the development and dynamics of atherosclerosis, have been performed subsequently. More than 10 years ago, Wick et al. could demonstrate that in the early stages of atherosclerosis, the heat shock protein 60 (HSP 60) of the vascular intima cells is of special pathogenetic importance as its release causes local inflammatory processes associated with severe damage of vascular tissue (3). Interestingly, shortly thereafter Udvanoki et al. have reported that HSP 60 shows cross-reactions with the C-reactive protein. Later on, Koenig et al. were able to demonstrate that C-reactive protein can likewise trigger atherosclerotic lesions.

All these scientifically and clinically proven facts opened up completely new perspectives on the development of atherosclerosis as well as other cardiovascular diseases: they are not just caused by degenerative, but also by inflammatory and most likely autoimmune reactions. This means from the clinical perspective that not only the classic but also the inflammatory risk factors should be considered in the diagnostic evaluation and therapy of these diseases. The therapeutic consequences are a specialized treatment with antibiotic and immunosuppressive drugs or even a specific immunization. Such therapeutic means are currently in development and under study. 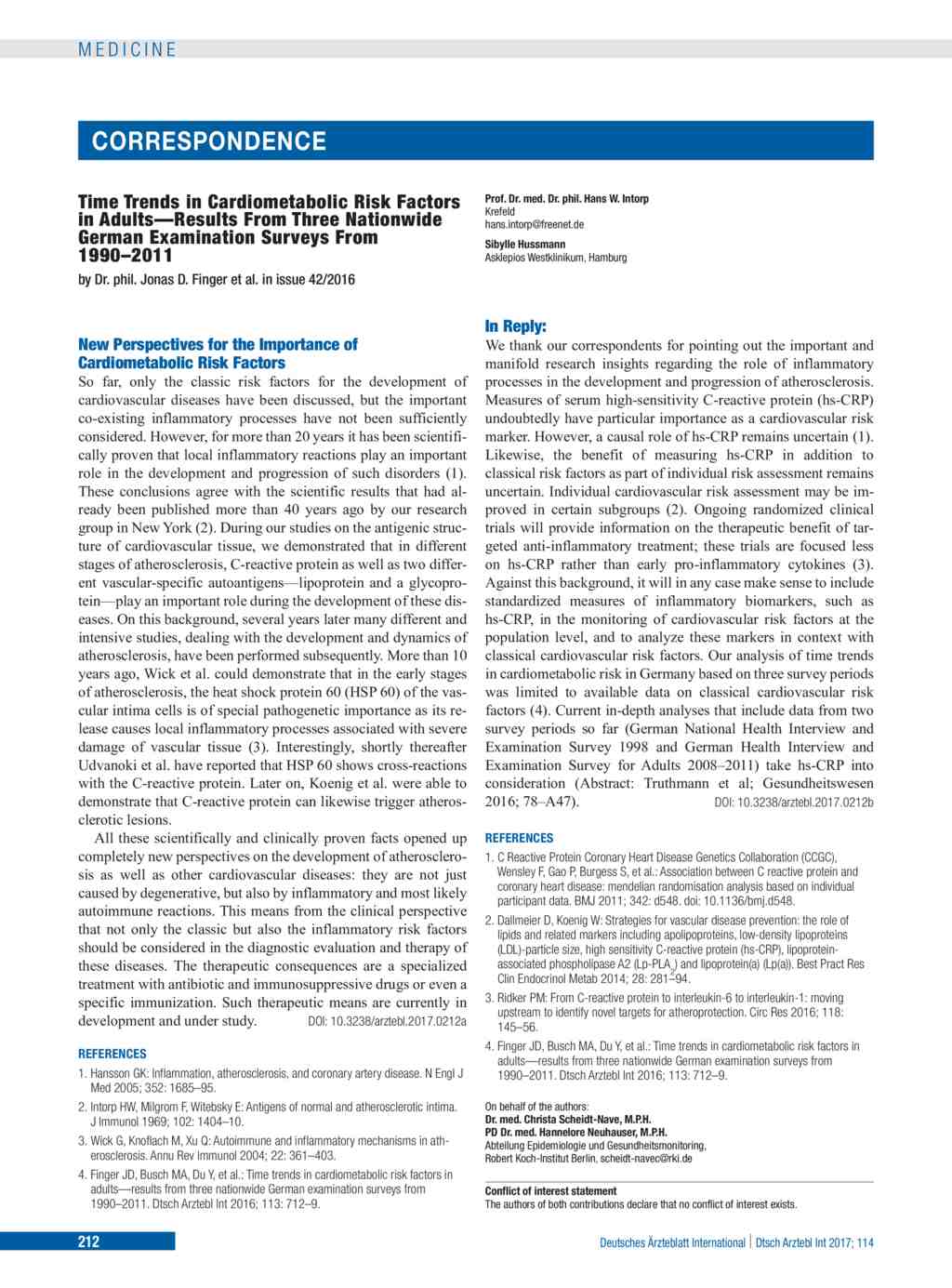