Effect of the Method for Creatinine Measurement

Haase et al. in their review article conclude that an electronic alert system in acute kidney injury coupled with concrete treatment recommendations, has a positive effect on relevant endpoints (1). With regard to the applicability of these study results to the German speaking area, we wish to draw attention to an aspect that is important in the context of the creatinine measurement procedure .

Most of the studies cited by Haase et al. measured creatinine—as is common in Anglo-Saxon countries—by using the kinetic Jaffé reaction with compensation. Many laboratories in Germany, however, use an enzyme-based assay, that is less influenced by interfering substances, such as a high glucose concentration in the specimen (2). For chronic renal failure, it is well known that different methods for creatinine measurement affect the estimated glomerular filtration rate, thus resulting in misclassifications (3). This raises the question of whether in acute renal injury the incidence and severity also depend on the creatinine measurement procedure and whether this affects the endpoint analysis. To answer this question, we are currently conducting a prospective study with parallel creatinine measurements in inpatients. During a two-week pilot period, an alert-triggering event was registered by only one of the two creatinine measurement procedures in 27% of cases (35 of 130) (15 by the enzymatic method, 20 by the Jaffé method).

We support the conclusion by Haase et al., that patient care can benefit from an electronic alert system. Potential factors of influence, including the method for creatinine measurement, should be considered before the system is implemented, in close cooperation with the medical disciplines involved. 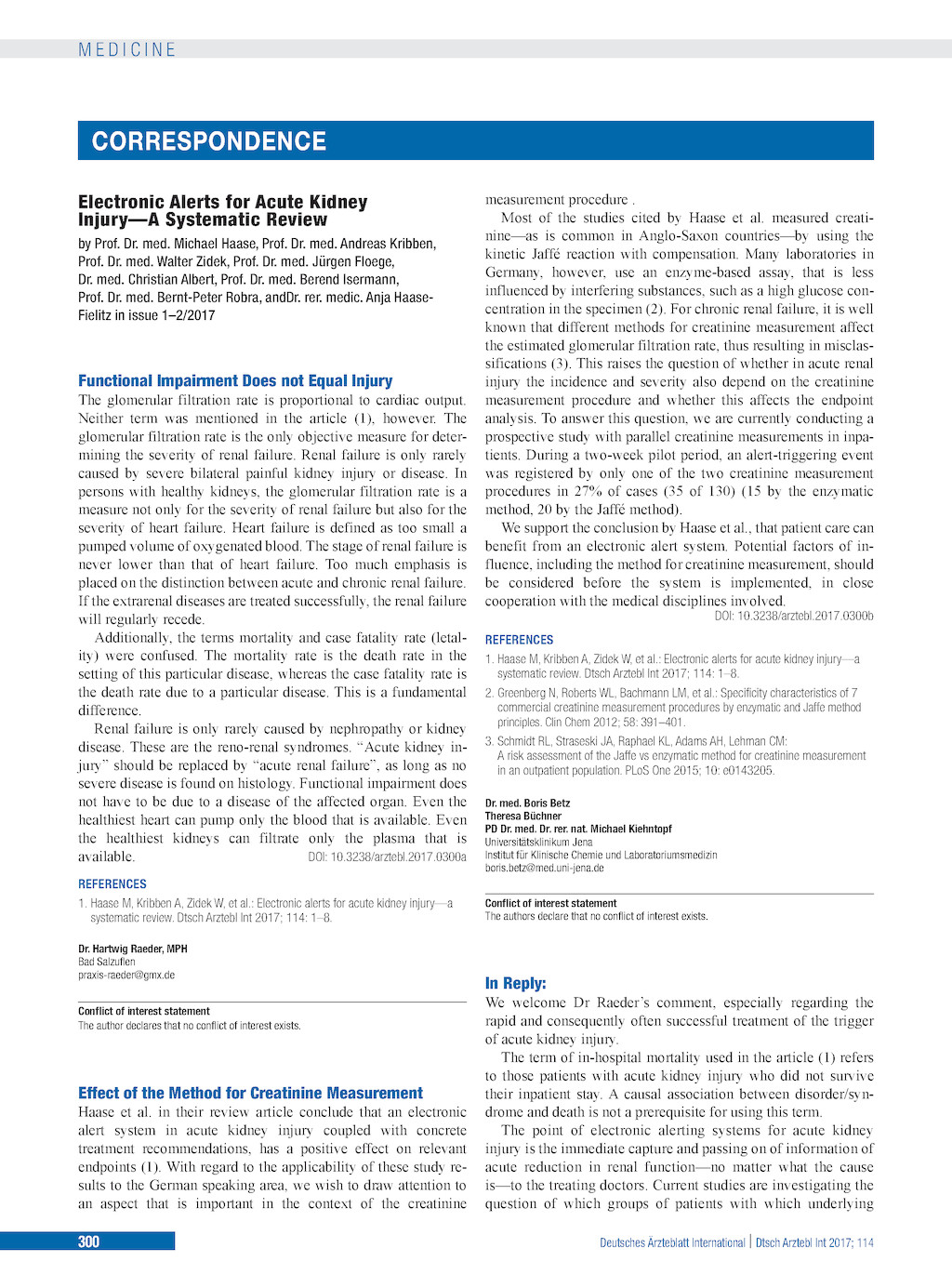