We thank Professor Kratz and Professor Diefenbacher for their important commentary on postoperative delirium (POD) as another form of cognitive impairment after surgery. Though our work focused on low cognitive reserve as a risk factor that develops in young adulthood (and thus usually decades before surgery), POD is indeed a central postoperative risk factor for subsequent postoperative cognitive dysfunction (POCD). Thus, POD and POCD seem to be closely related not only to one another but also to both preoperative clinical (1) and cognitive risk factors. We would like to point out that cognitive impairment prior to surgery is associated with low cognitive reserve and is a known risk factor for the development of POCD (2) and POD (1). Interestingly, it seems that cognitive reserve may play an exceptional role as a risk factor: our study showed that a low level of education increases the risk of POCD, whereas it does not appear to be associated with POD (1) (although some isolated evidence in this direction has been reported for indicators of cognitive reserve other than education [3]). Therefore, while POD increases the risk of POCD, it appears that the two conditions may have distinct underlying mechanisms. In order to determine possible causal connections, the interplay between cognitive reserve, which develops early in life, and risk of late-life disease including POD and POCD should now be assessed in detail. Until that goal is accomplished to pave the way for therapeutic breakthroughs, we agree with the authors that—in view to prevent POCD—clinical practice should aim to provide the best possible care to patients with delirium. 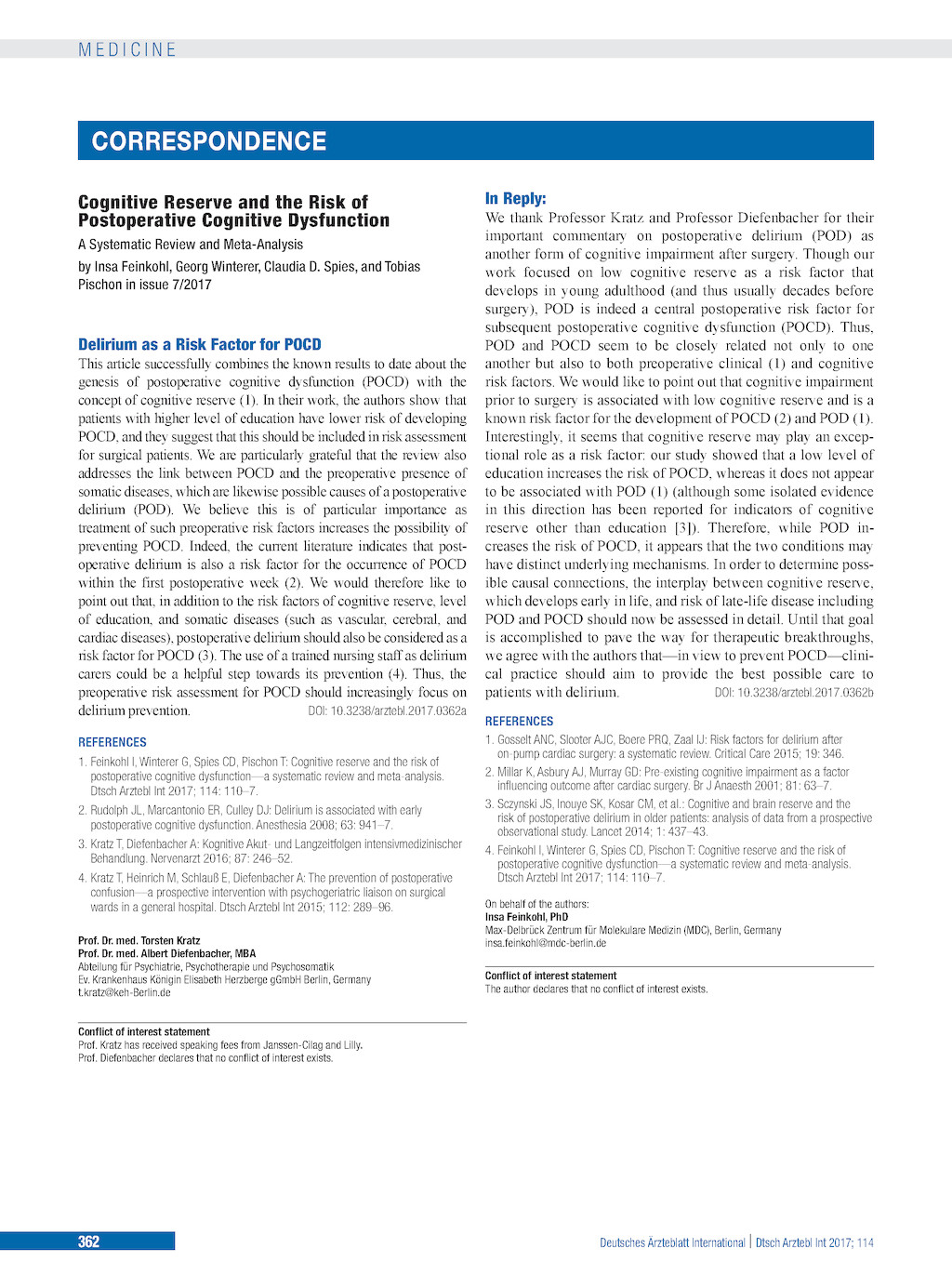