To answer the second question, the authors conducted a longitudinal analysis of 5593 patients insured with the statutory health insurance company, AOK, for whom a diagnosis of ADHD at age 15 was coded in 2009 (or 2008? cf. Figure 3 in the article). What remains unclear is whether these are newly diagnosed patients with ADHD (which can be determined on the basis of a minimum number of previous billing quarters without ADHD diagnosis). It also remains unclear whether medication therapy was assumed already after one prescription only during a calendar year. Earlier analyses showed that (from 2006 to 2009) 51% of ADHD patients were prescribed typical ADHD drugs, but that in the majority of cases therapy was discontinued before 18 months had passed. The absence of a (methodologically feasible) control group hampers or even completely prevents not only an evaluation stratified by comorbidity or relevant non-medication and combination therapies (2, 3), but also any interpretation of the data of the “transition cohort“ itself (including subjects’ contacts with physicians over time), as their specificity must remain speculative.

Prof. Schlander holds shares in Johnson & Johnson. He has received author honoraria for book publications on the subject from Springer and study funding/support from Shire and Janssen-Cilag.

Prof. Schwarz declares that no conflict of interest exists. 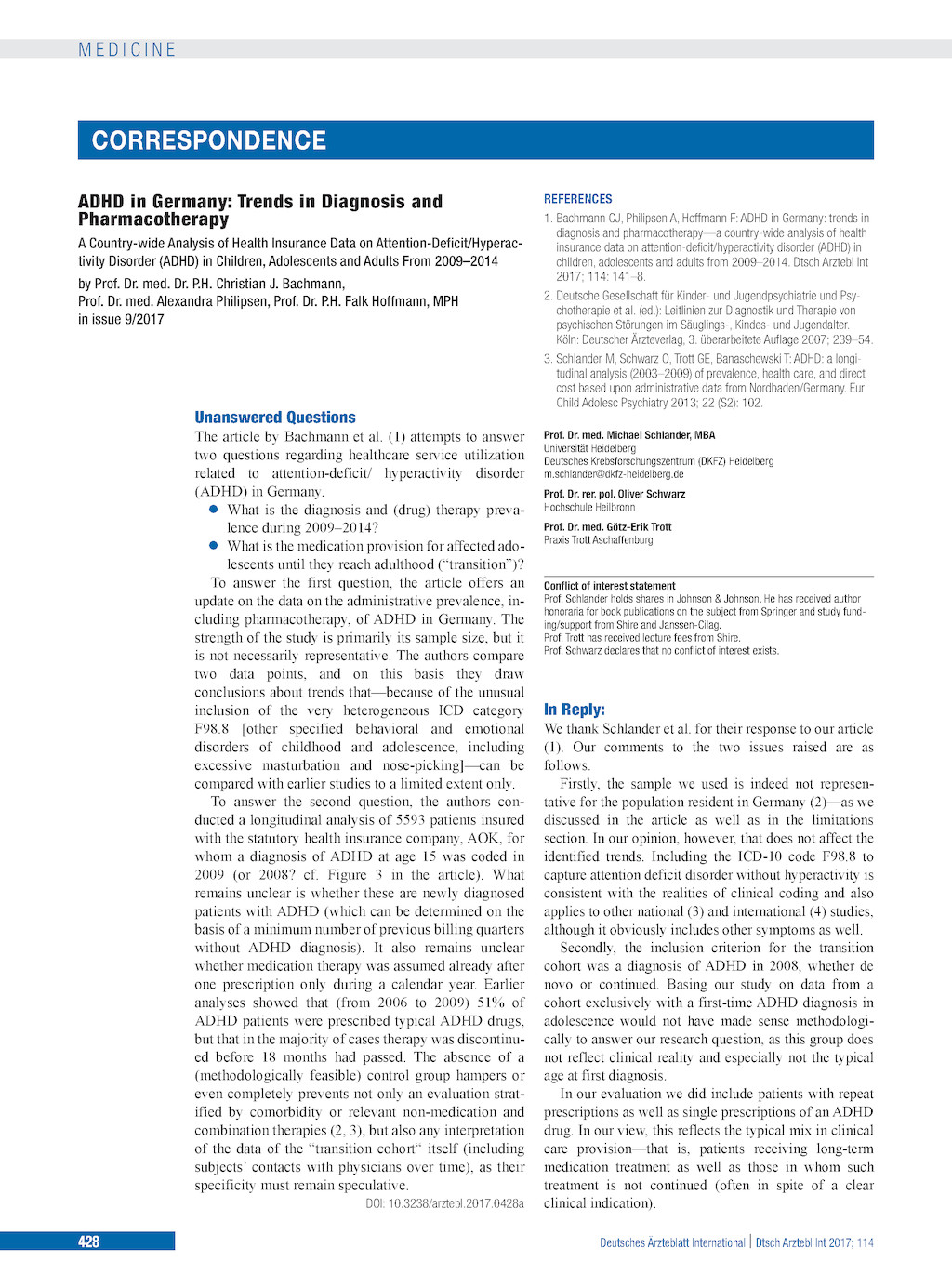