We completely agree with Prof. Meyer. „Thalidomide was initially licensed in West Germany“ would have been more precise. As in East Germany, license approval was withheld in the United States. The US Food and Drug Administration (FDA) had safety concerns because the substance had not been tested in pregnant mice and rats. However, no teratogenic effect was shown in this setting later-this was successfully done only later, by extending the animal experiments to include a certain breed of rabbit (New Zealand White rabbits) (1).

To our knowledge, the first scientific article that explicitly described an association of thalidomide with malformations in children came from the Australian gynecologist William McBride and was published as a letter to the editor in the Lancet on 16 December 1961 (2).

We still welcome unreservedly the focus on the achievement of Dr. Widukind Lenz, who contributed a clarification to the discussion at the pediatric conference in Düsseldorf. Lenz warned against taking a “widely available drug” because he had noticed that 14 mothers of children with malformations had taken preparations containing thalidomide in early pregnancy. Although his colleagues accused him of unscientific behavior in publicizing his suspicion at such an early stage, his responsible conduct contributed crucially to the withdrawal of thalidomide from the market (3).

Lenz noted: “Nothing so far has confirmed an etiologic association between intake of the substance and the observed malformations. From a scientific perspective, it would therefore be premature to discuss this. However, an association is thinkable. As a human being and citizen, I therefore cannot justify keeping my observations to myself.“ (4) 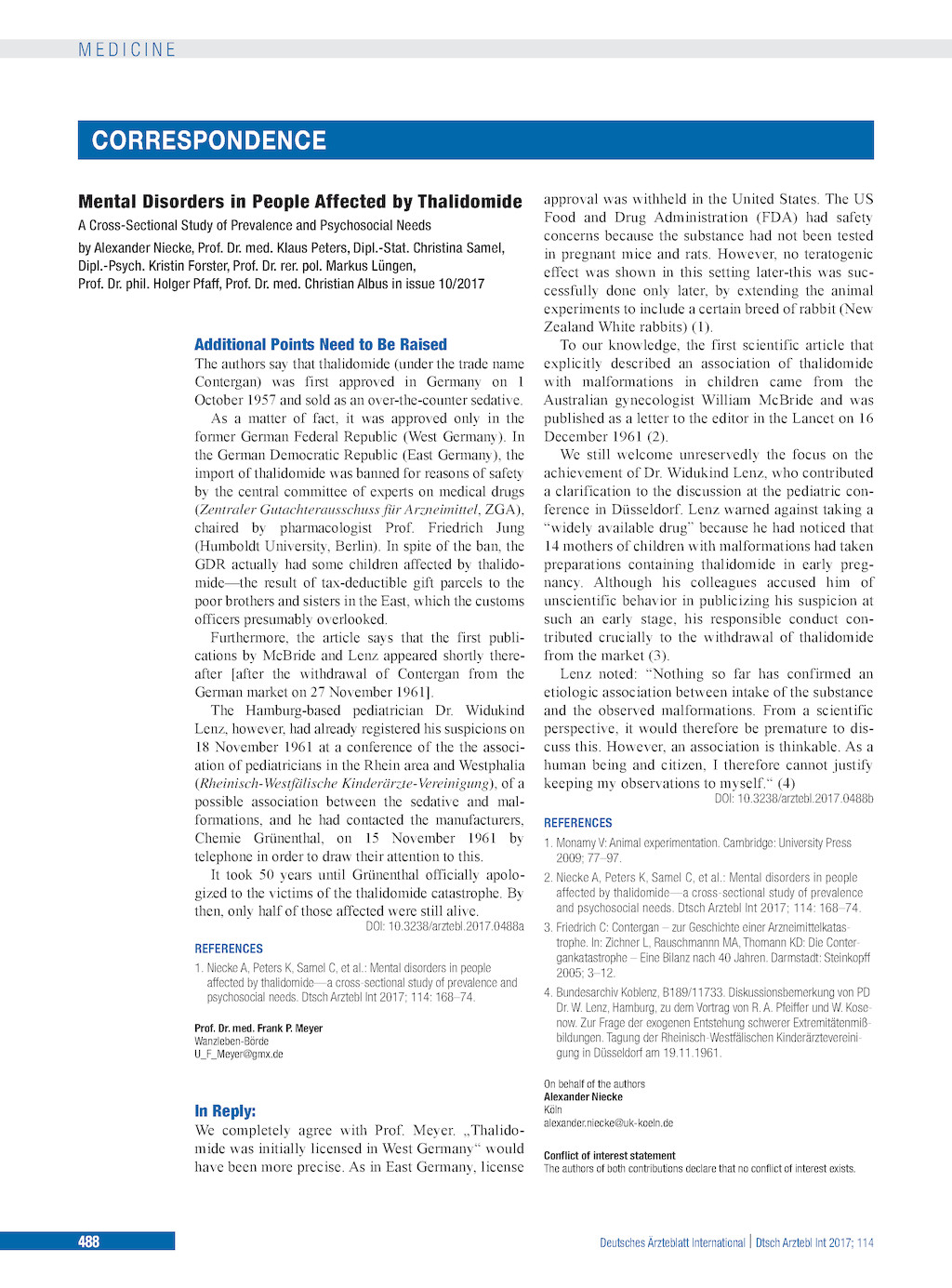