The rise in intracranial pressure caused by posttraumatic hemorrhage is not caused simply by the increased blood volume but to a large extent by secondary tissue edema. This develops subsequent to pressure-related hypoxia, initially immediately adjacent to the bleed. In this setting, the raised tissue pressure is caused by distension of the elastic cerebral structures and therefore reduces perfusion pressure in the blood vessels at the edge of the hemorrhage.

The problem is that craniectomy—which the article focused on—can lower intracranial pressure in large areas (wherever this is measured) (2), but does not affect the distension of cerebral tissue at the edge of the hemorrhage. Perifocal tissue necroses may be a result, such as can be seen in Figure 2f in the article, in spite of timely craniectomy (CT scan obtained 2 hours after road crash) (3).

However, craniectomy can (with extensive duraplasty) ensure that herniation of cerebral tissue into the infratentorial region is mostly prevented and therefore the risk of pressure-related brainstem necrosis is reduced.

Figure 1a in the article (or the corresponding clinical course: epidural hematoma, operated 3 hours after the crash) shows that even here, the primarily presumed herniation of brainstem and cerebellar tonsils has not led to lasting injury even 3 hours after the event, such as was documented in the other case (Figure 1c), where the hematoma had obviously been drained much later (3). It always should be borne in mind, however, that epidural hemorrhages can develop slowly and gradually.

Pathophysiologically, the most sensible therapeutic recommendation in a scenario of contusion related hemorrhage is definitely (organ-sparing) surgical drainage or reduction of the hematoma. In this setting, the reduction in the volume of the hematoma as well as in edema formation will lower locally raised tissue pressure. 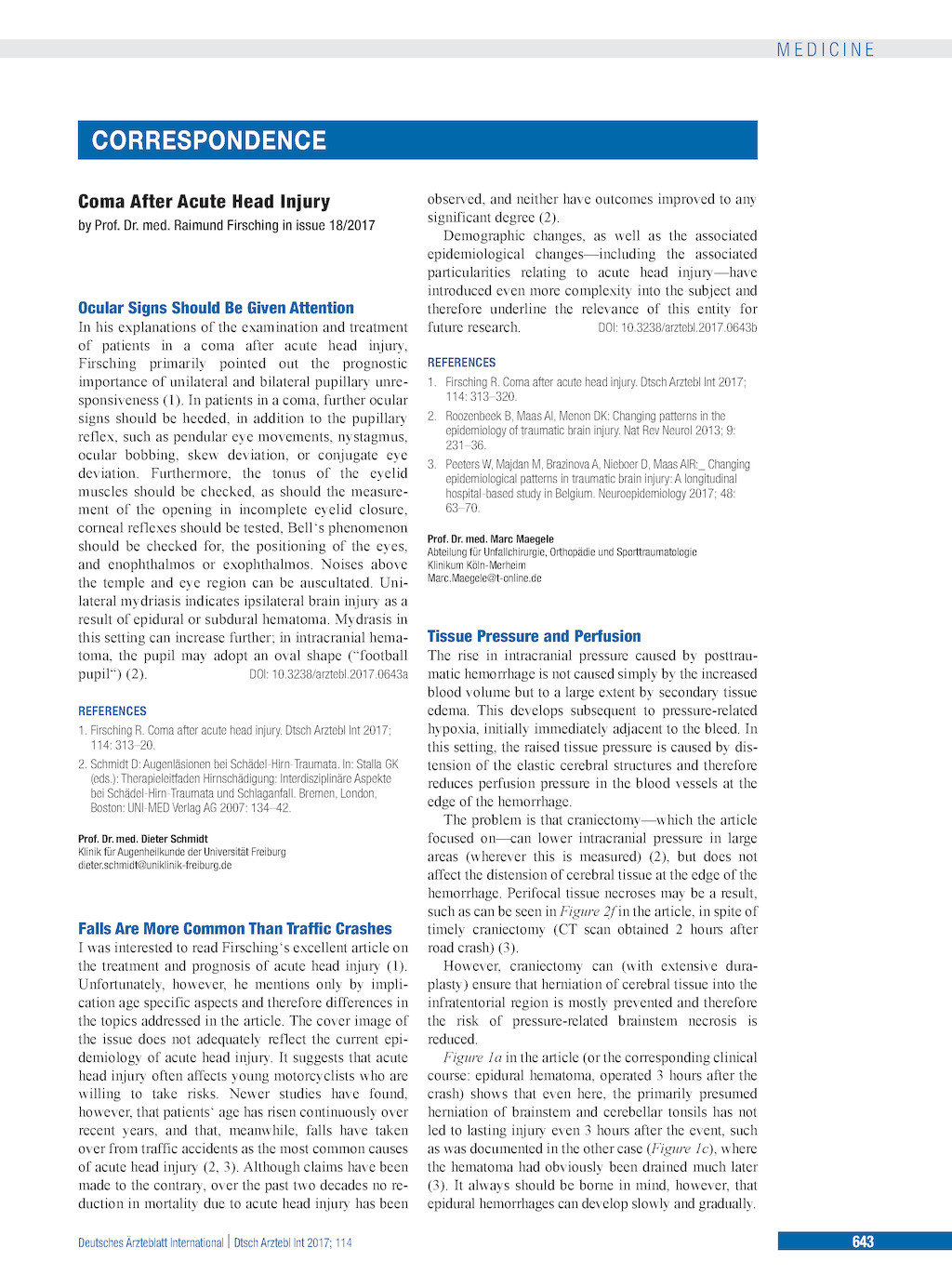