A Rare Cause of Ileus in a Two-Year-Old Boy

Figure
A Meckel‘s diverticulum, massive and necrotic because of torsion, just before resection
Enlarge All figures

A previously healthy two-year-old boy was admitted to the hospital because of abdominal pain and vomiting of two days‘ duration.
He looked unwell, and there was guarding on examination of the abdomen. The leukocyte count was 13 000/µL, the C-reactive protein (CRP) concentration was 23.2 mg/dL, and the potassium concentration was 2.9 mmol/L. Ultrasonography revealed a large mass in the mid-abdomen on the left side, and a plain abdominal x-ray revealed fluid levels. At emergency laparotomy, a large Meckel‘s diverticulum, necrotic because of torsion, was found and removed. The diagnosis was histopathologically confirmed, and the postoperative course was free of complications.

Meckel‘s diverticulum, a remnant of the omphaloenteric duct of the embryo, has an incidence of approximately 2% of the population (ca. 8 of every 10 000 persons), but only 4% of the affected persons develop symptoms. Torsion of a Meckel‘s diverticulum is a rare cause of ileus in childhood that should always be included in the differential diagnosis of an acute abdomen in a child. Ultrasonography should be performed; if it does not demonstrate the intra-abdominal structures clearly, it should be supplemented by further diagnostic studies.

Figure
A Meckel‘s diverticulum, massive and necrotic because of torsion, just before resection
Enlarge All figures
A Rare Cause of Ileus in a Two-Year-Old Boy 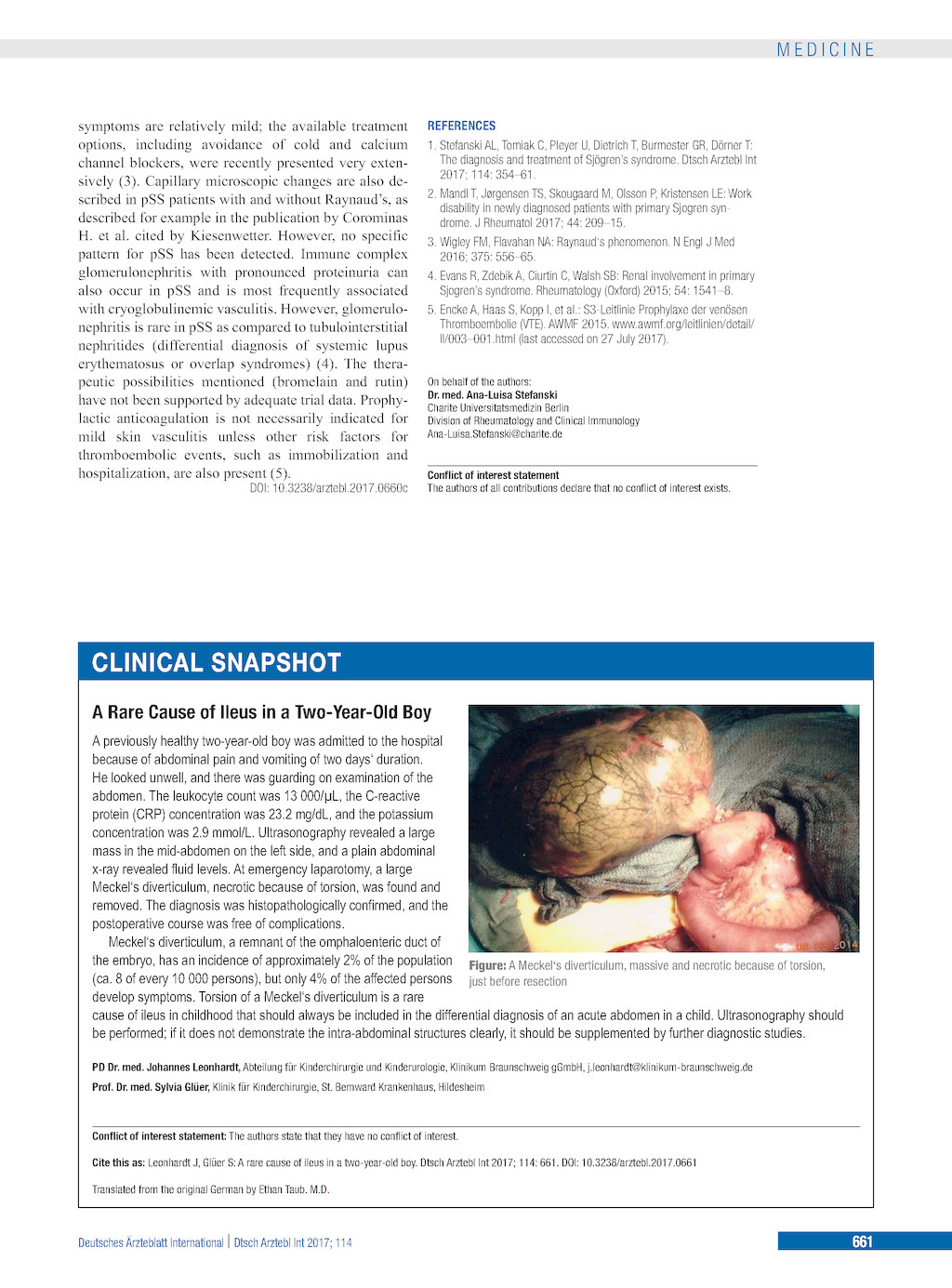