The author thankfully prioritized in his article non-medicinal treatment options for behavioral disorders in dementia (1).

The fact is that in older patients in particular, whose multimorbidity often results in polypharmacy, additional drugs to treat behavioral disorders are associated with substantial risks. Study data and the S3 guideline for dementia recommend treatment with citalopram in addition to risperidone, which is also licensed for this indication. The guideline describes indications of the efficacy of citalopram in dementia patients displaying agitation with an evidence level of Ib. Of note in this context is the fact that in a Rote Hand Brief (technical information disseminated from pharmaceutical companies directly to healthcare professionals) of 2011, simultaneous use of citalopram with drugs that are known to potentially prolong the QT interval is contraindicated. Because of the multitude of substances that prolong the QT interval, the use of citalopram in gerontopsychiatric patients substantially raises the probability that this contraindication is ignored and therefore the risk of developing torsade de pointes tachycardias increases substantially.

Because of its more favorable interaction profile in the cytochrome P-450 system compared with other SSRIs (fluoxetine, fluvoxamine, paroxetine), sertraline should be singled out as an alternative.

Especially in older patients, the risk of electrolyte imbalances in the sense of hyponatremia as a result of treatment with any SSRI should be emphasized, especially at the start of the treatment.

Furthermore, a critical cost-benefit analysis is recommended because of the potentially increased risk of hemorrhage—both gastrointestinal and intracerebral—when SSRIs and non-steroidal anti-inflammatories/acetylsalicylic acid are combined (2, 3). Such combination treatment should be undertaken extremely cautiously in patients at risk of falls, and all non-medicinal options for treatment should be exhausted completely. 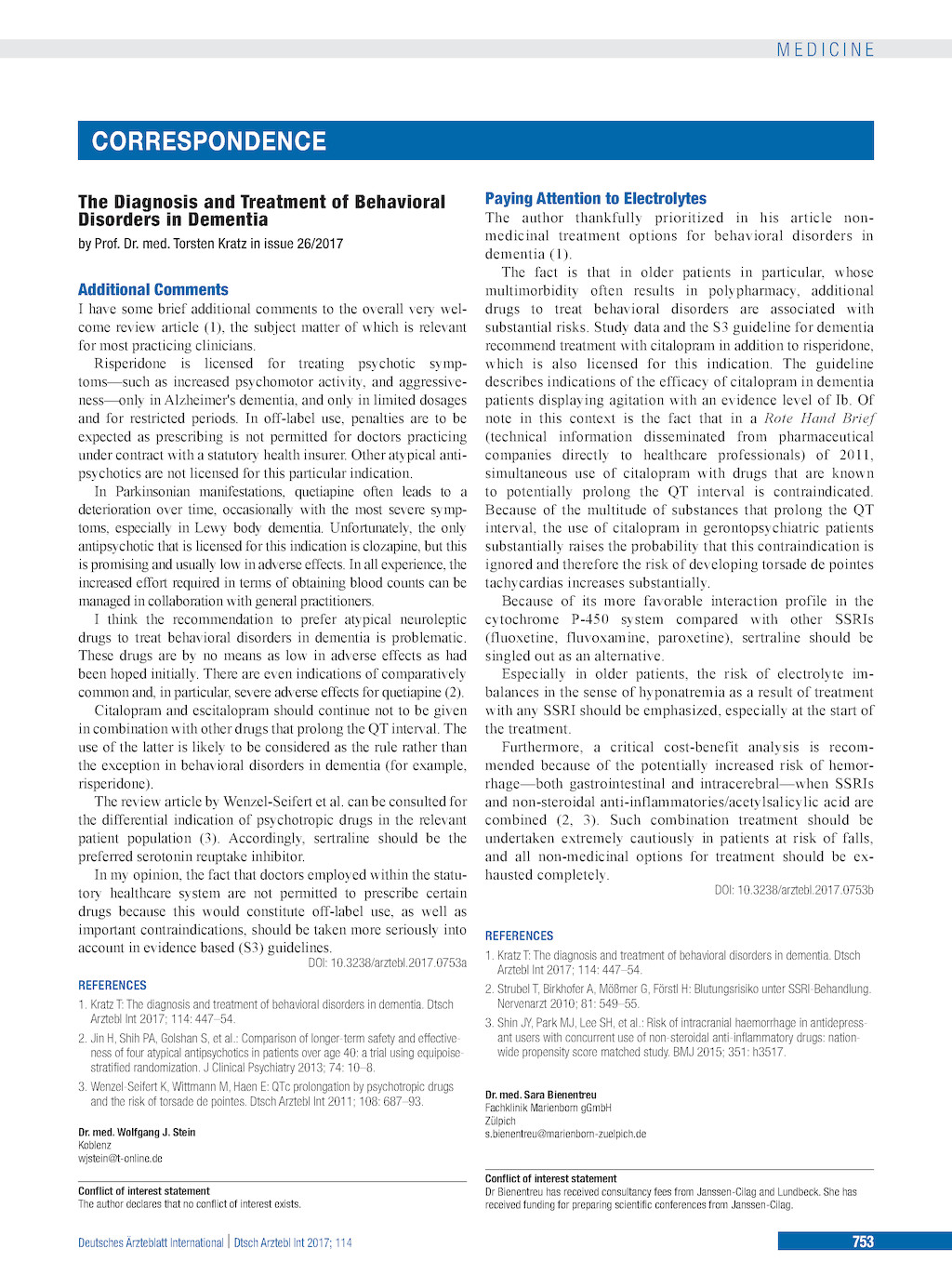