Osteopathy as an Aid to Treatment

Many thanks for addressing the subject of “positional plagiocephaly.” This is a controversial subject, partly as a result of a lack of awareness, mercenary interests, and scaremongering (1).

Two additions to the discussion: we know from research into the ontogenetic development of the human sensory and motor systems that the quantity and synapse strength of synaptogenesis are very closely dependent on the motor skills of the growing child (which are initially purely reflexive), particularly in the first 3 to 4 months of life. For optical control (development of head control) especially, these correlations are not merely plausible but have been well researched for many years.

Spatial orientation, which matures as a result, is vital to the development of both perceptual systems and language (2).

Sensory and cognitive limitations in child development associated with skull asymmetry (with limited range of motion of the head) are not only plausible but have been well demonstrated up to school age (3).

Regarding treatment: if, as is usually the case, there is an underlying functional disorder of the head–neck transition, for example following a birth trauma, early functional treatment using manual and osteopathic medicine in this region is reliably successful. Arlen’s atlas therapy and osteopathic manipulation provide physician-directed treatment options, that–in my personal experience–are superior to standard physiotherapy or at least are a useful complement to these.

The success of osteopathy in children with asymmetric posture has been demonstrated by external evidence (4). These procedures often eliminate the need for skull orthosis and should therefore be mentioned in the article. 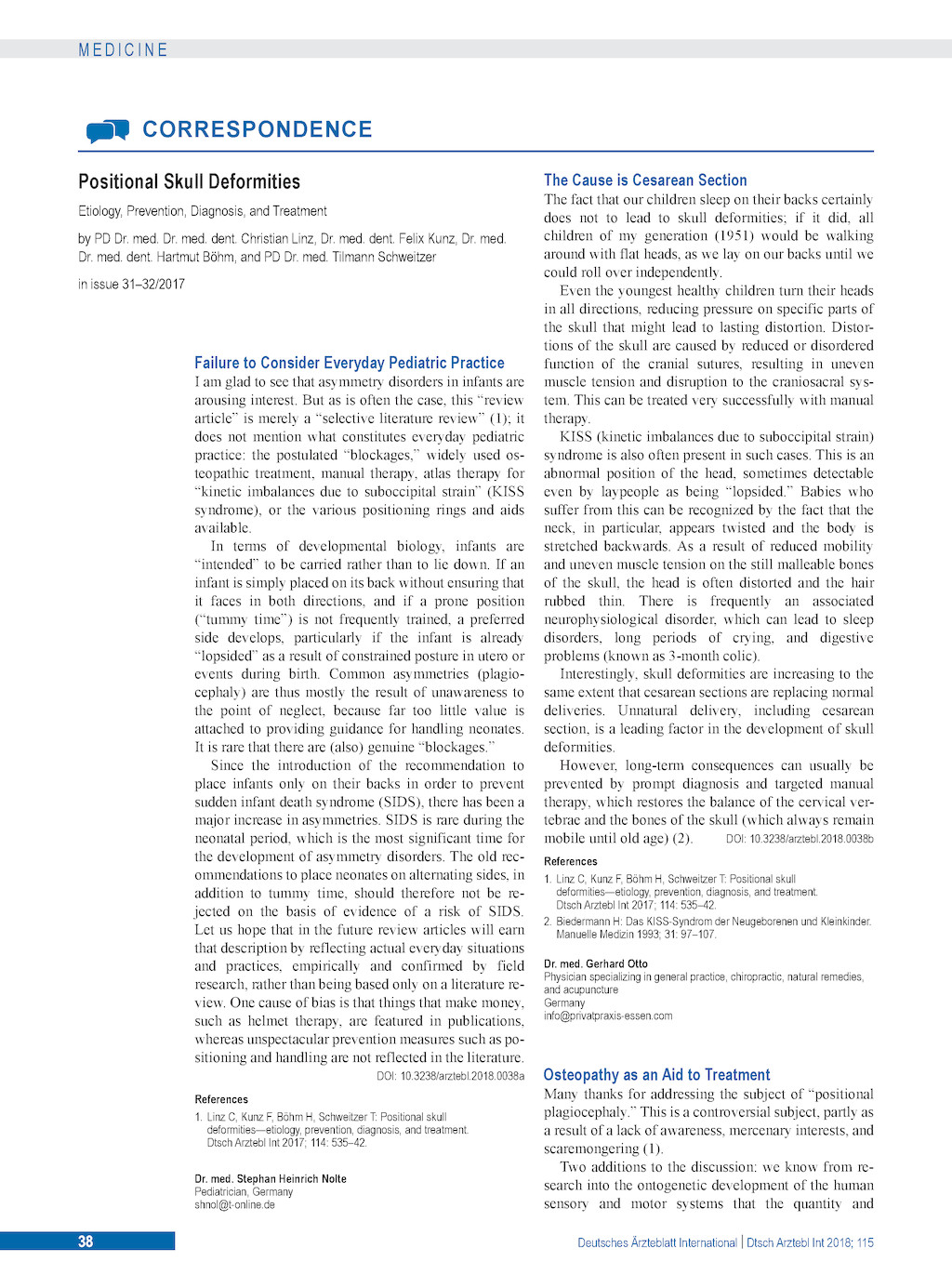