In their article on juvenile stroke, the authors also comment on indication for interventional closure of patent foramen ovale (PFO) (1). On the basis of a US guideline from 2014, they recommend platelet aggregation inhibition in cryptogenic stroke even in the presence of PFO; in recurrent stroke, they recommend anticoagulation. PFO closure gains the status of an individual attempt to prevent cryptogenic stroke.

New data on this subject have been published in the past few years: long-term data from the RESPECT Study were presented in 2015 and published recently. This study had a mean follow-up period of 5.9 years and found a significant risk reduction in recurrent stroke for implanted PFO occluders (2). These data prompted an October 2016 licensing approval on the part of the FDA for the PFO occlude in the US. In May 2017, two large randomized studies were presented at the European Stroke Organization Conference in Prague. The REDUCE Study (664 patients) compared PFO closure with platelet aggregation only: the PFO closure group was found to have a significant absolute risk reduction of 4% for recurrence of stroke (3). The CLOSE Study (663 patients) randomized patients who had suffered from a cryptogenic stroke attributed to PFO, with associated atrial septal aneurysm or large interatrial shunt to transcatheter PFO closure plus long-term antiplatelet therapy, antiplatelet therapy alone, or oral anticoagulation. At a mean follow-up of 5.3 years, not a single stroke was observed after PFO closure, whereas 14 patients had a stroke in the antiplatelet-only group. This means that the benefit to the intervention group is highly significant (4).

According to the latest data, PFO closure should always be discussed in younger patients with cryptogenic stroke (after all other possible causes have been excluded), especially if the PFO is large, with a relevant right-left shunt or an atrial septal aneurysm). 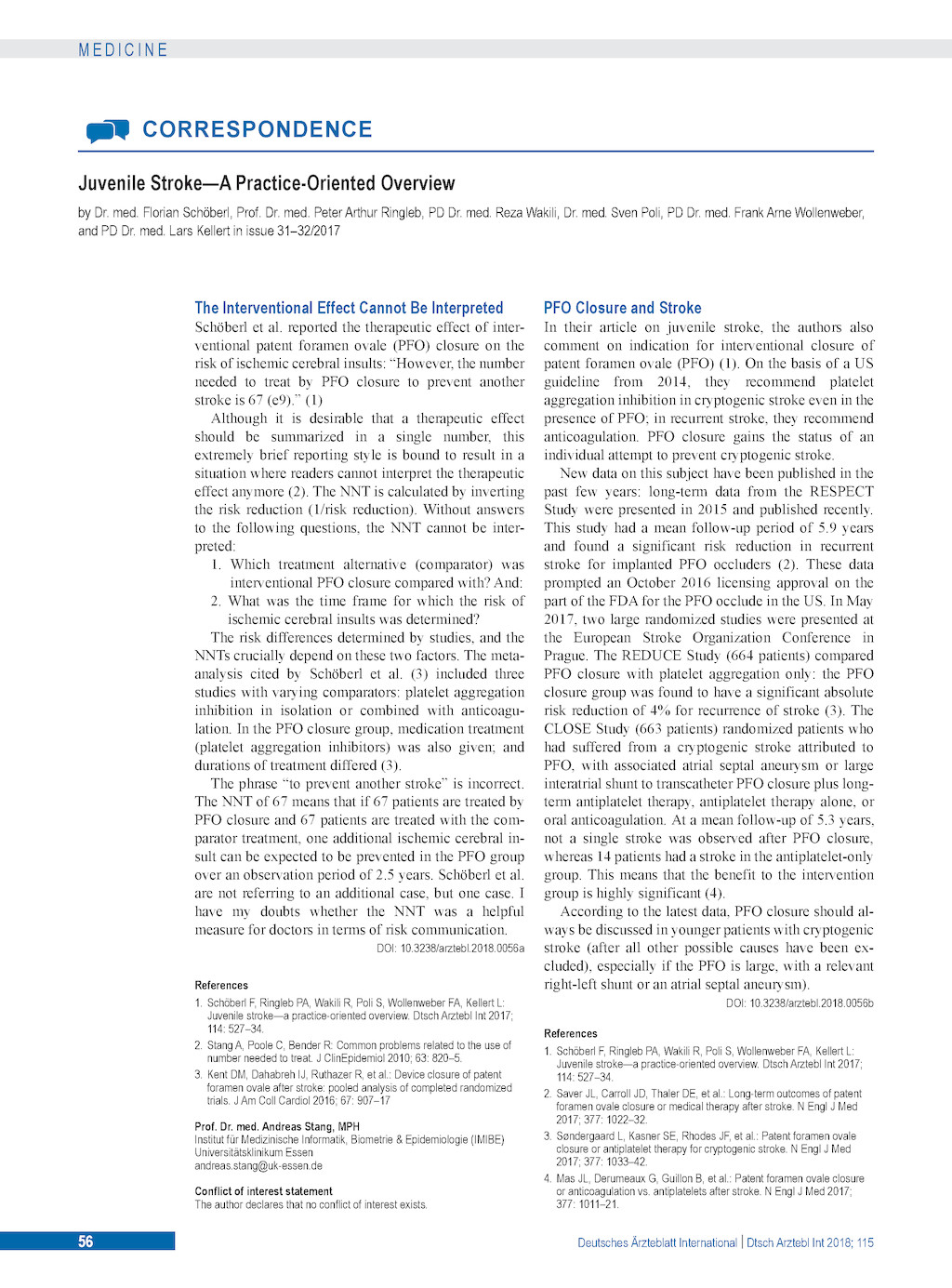