The authors’ contribution to the topic of emergency departments and overloading them with trivial cases is very important. Yet, closer examination reveals careless and manipulative handling of the collected data (1).

Of the 6488 patients who visited the surveyed emergency departments during the observation period, 3396 patients were excluded because they required immediate or very urgent treatment (1842), had no waiting period (1047), were unable to give consent, or communicated too poorly in German or English. This means that 52% of the patients were not included in the evaluation. The excluded patient group with the „very urgent need for treatment“ accounts for 28% of total patients. Yet these are exactly the „real“ emergencies for which the emergency department should be primarily used. Of the remaining 1175 patients who finally answered the questions more than half estimated of their own urgency as low. This means that only one-fifth of the total group (21%) had such an assessment. In contrast, the first „key message“ is that more than half of the patients who visited an emergency department rated the urgency of their treatment as low, and that their cases did not fall under the definition of an emergency. Thus, an examined subset is equated with the total. However, good statistics look different. Especially in the age of „alternative facts“, we should focus on sober and honest information. 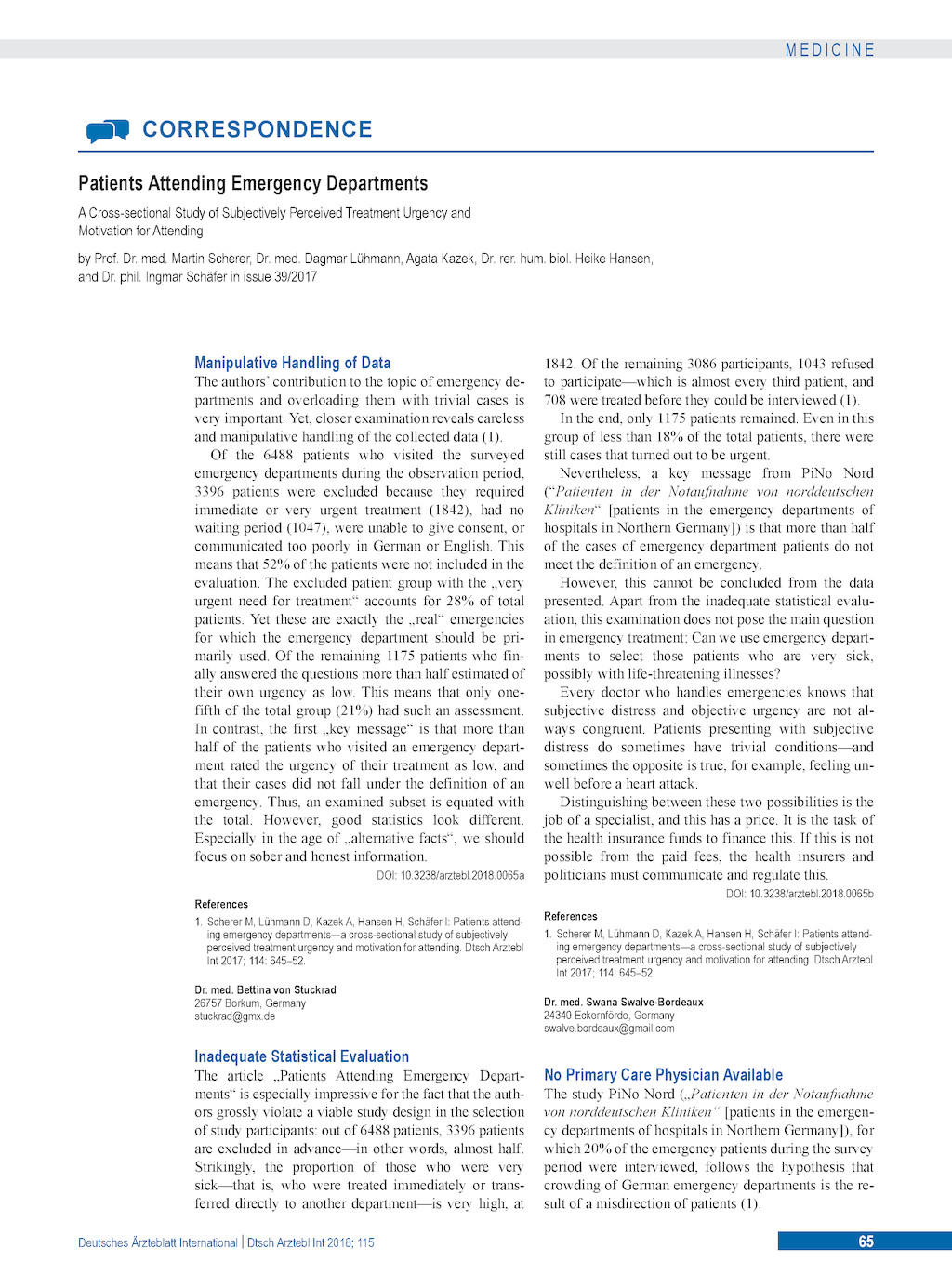