Heterotopic Ossification in a Dialysis Patient

Figure
Heterotopic Ossification in a Dialysis Patient
Enlarge All figures

A 59-year-old man on dialysis complained of pain in the hips, mainly on the left side. He was known to have peripheral arterial obstructive disease. Physical examination revealed swelling and impaired mobility of the left hip. A pelvic x-ray showed marked soft-tissue calcification bilaterally, which was diagnosed as heterotopic ossification (Figure). There was no antecedent trauma. The potential role of tertiary hyperparathyroidism in this patient as the sole causative factor of heterotopic ossification must remain speculative. His pertinent laboratory findings were: serum calcium 2.63 mmol/L (reference range 2.09–2.54 mmol/L), serum phosphate 2.36 mmol/L (0.81–1.45 mmol/L), parathyroid hormone 66.4 pmol/L (1.6–6.9 pmol/L). Tertiary hyperparathyroidism is typically found in patients undergoing long-term dialysis. This patient had been under dialysis for only one year, after long hesitation. Parathyroidectomy is recommended in the KDIGO (Kidney Disease: Improving Global Outcomes) guideline for patients in stages 3–5D of chronic renal disease who have severe, drug-resistant hyperparathyroidism. This patient‘s ossifications were not seen on a prior pelvic x-ray obtained in 2015. The old and new x-rays were shown to him and he agreed to undergo the procedure. 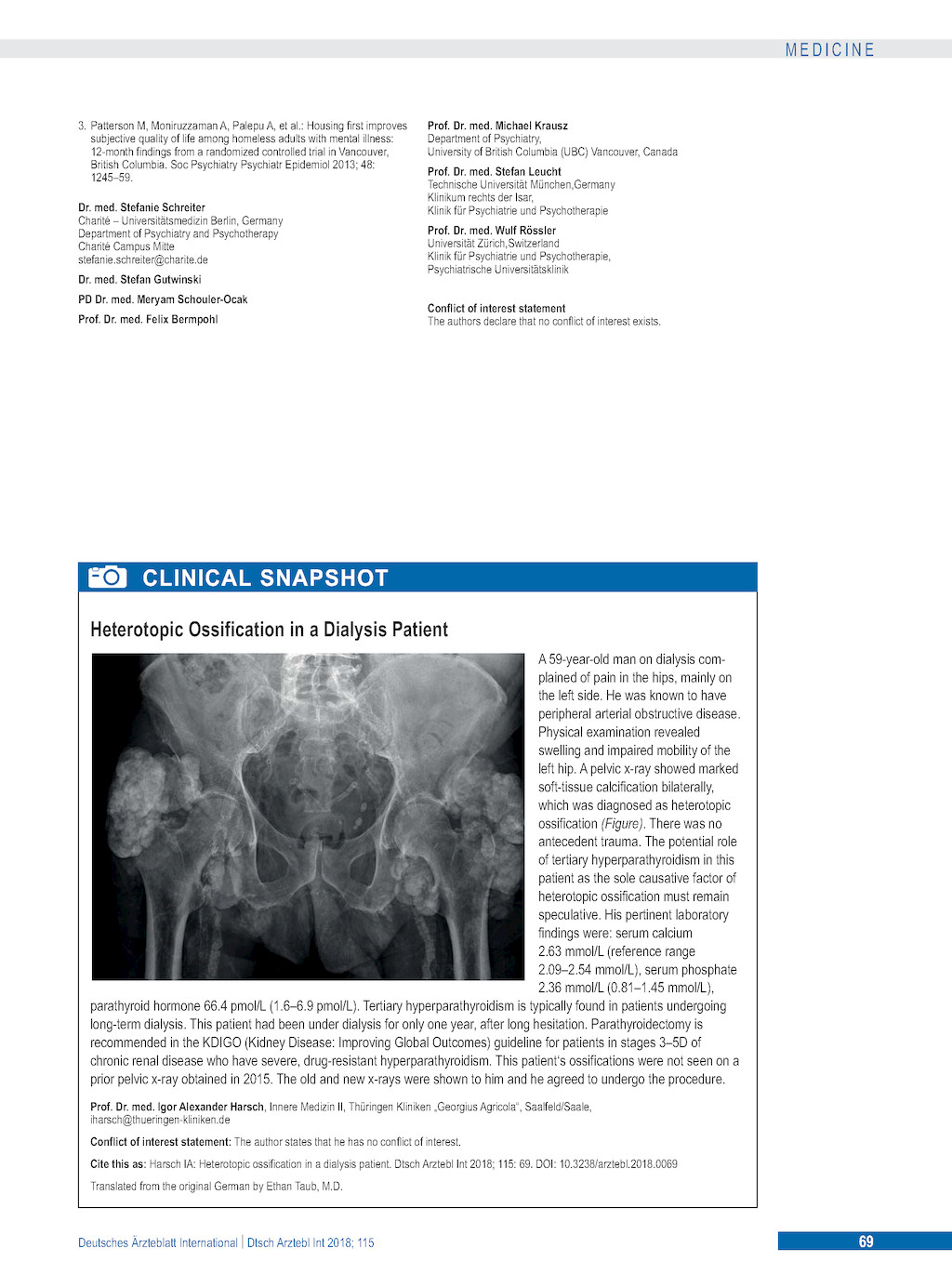