Acute Pulmonary Hemorrhage in a Patient With Disseminated Pulmonary Nodules

Figure 2
Computed tomography of the chest
Enlarge All figures

A 19-year-old man who had been suffering from right flank pain for several weeks was admitted to the intensive care unit because of progressively severe hemoptysis, with expectoration of large amounts of blood on the day of admission. He developed respiratory failure and was intubated and mechanically ventilated. Bronchoscopy revealed a large, organized blood clot in the right middle and lower lobe bronchus. Plain films of the chest and subsequent computed tomography revealed disseminated pulmonary nodules on both sides (differential diagnosis: bronchial carcinoma, lymphoma, carcinoid, metastases of a germ-cell tumor or adenocarcinoma, etc.). An elevated beta-HCG (human chorionic gonadotropin) level of 59 888 U/L (normal range: <5.3 U/L) led to the suspicion of an extragonadal seminoma. An abdominal mass obstructing the right renal pelvis was biopsied under ultrasonic guidance, and chemotherapy with cisplatin, etoposide, and bleomycin was begun. The histopathological finding was of a partly necrotic malignant germ-cell tumor with the aspect of a choriocarcinoma without demonstration of any seminomatous component. In patients with choriocarcinoma, the beta-HCG concentration is nearly linearly proportional to the tumor burden. The patient responded well to the initial course of chemotherapy, which was then continued on an outpatient basis.

Figure 2
Computed tomography of the chest
Enlarge All figures
Acute Pulmonary Hemorrhage in a Patient With Disseminated... 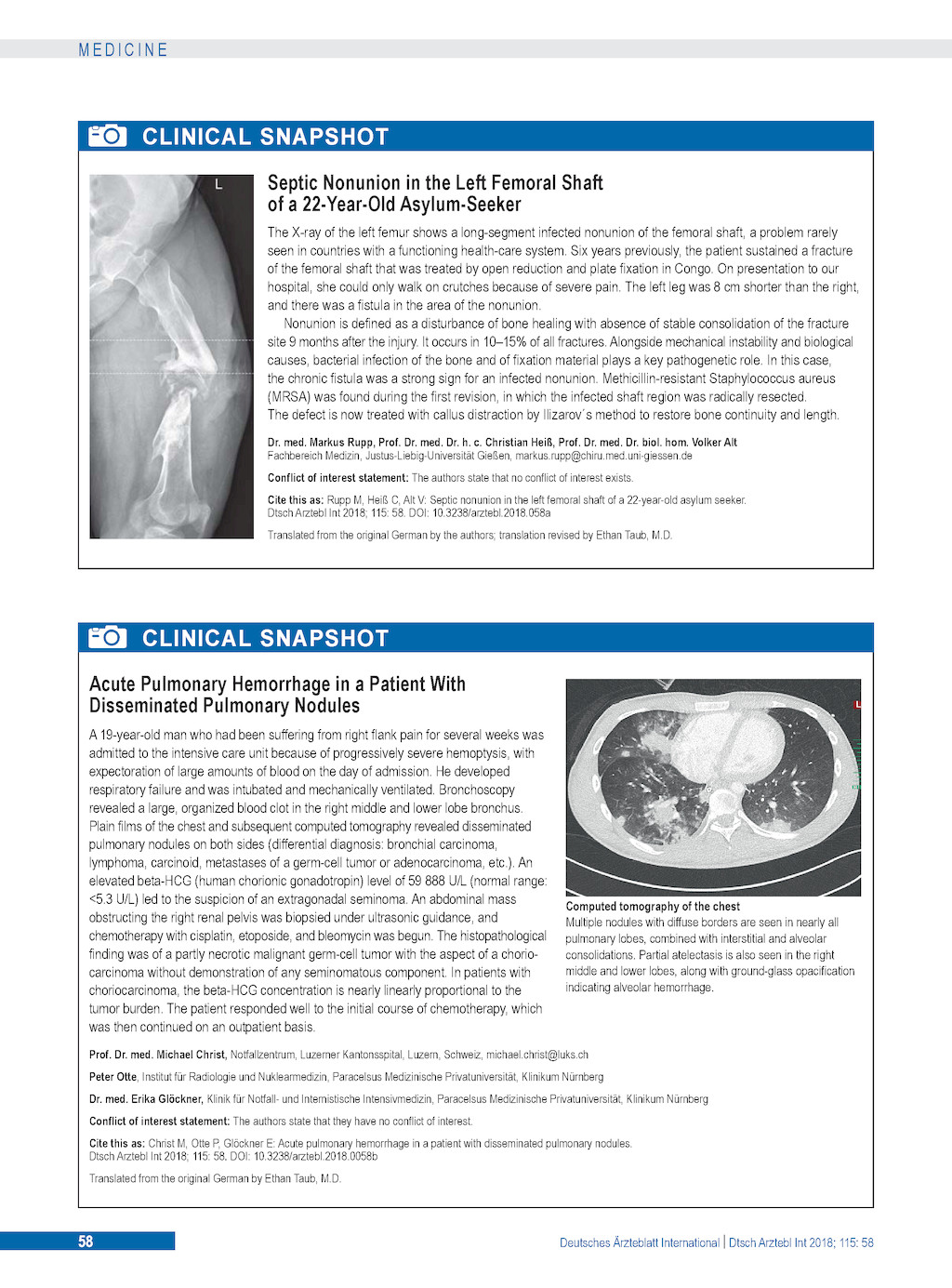