The occurrence of aluminum-induced encephalopathy in dialysis patients was first reported in the mid-1970s, based on case reports from Canada and the Netherlands. Significantly increased levels of aluminum in patient plasma were found to be caused by using aluminum-coated anodes for preheating raw water for use in dialysate production. It was not until later that the so-called reverse osmosis process was implemented for water treatment, after which aluminum intoxication in dialysis patients has only rarely occurred.

However, the authors of the article (1) must be corrected when they state that aluminum salts were added to "dialysate as a phosphate binder". Such a process is impossible in the preparation of dialysate, and it is also completely illogical, as aluminum salts inhibit enteral phosphate reabsorption.

The author declares that no conflict of interest exists.. 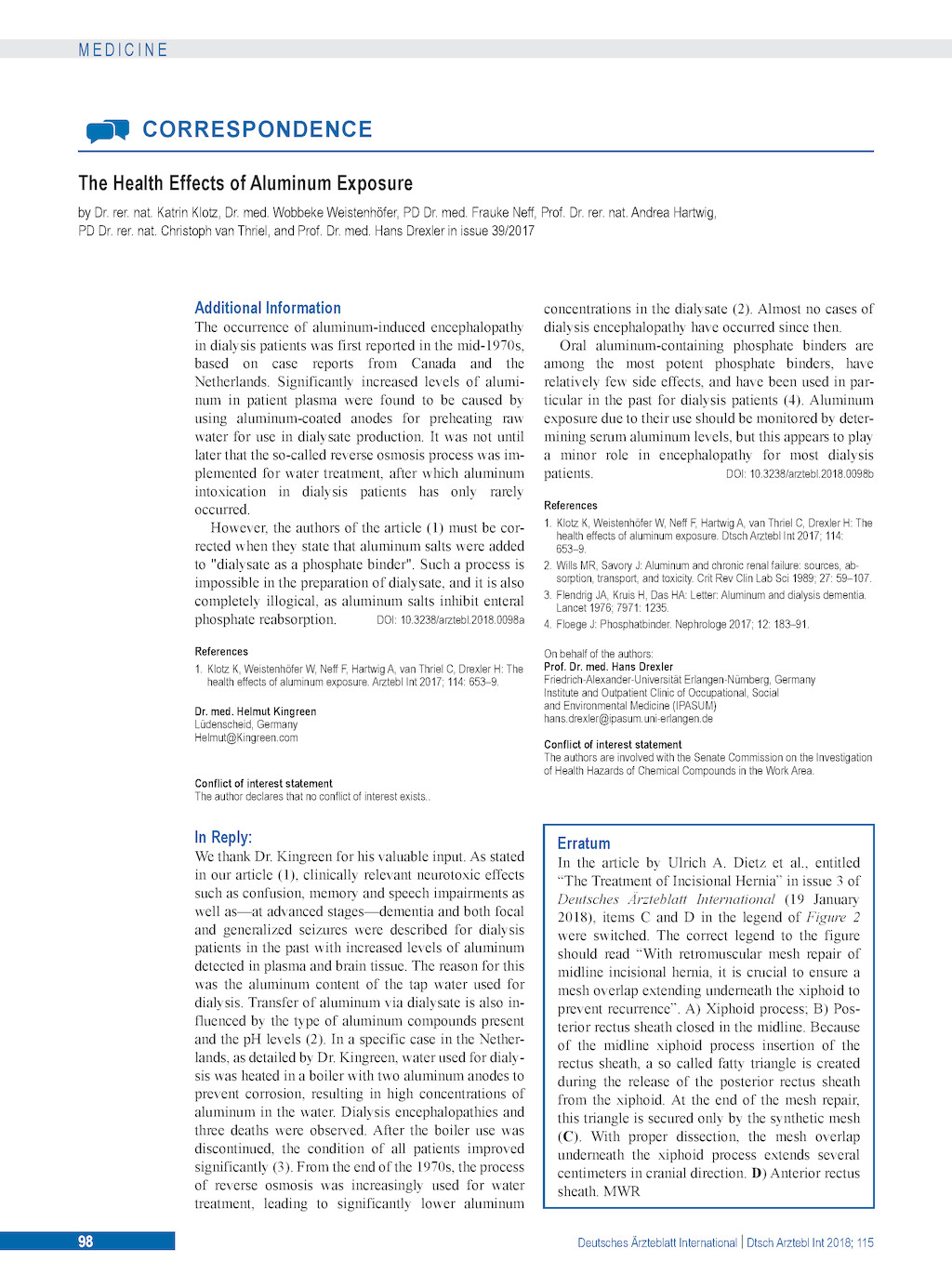