A Rare Cause of Splenomegaly

Figure a+b
A Rare Cause of Splenomegaly
Enlarge All figures

A 68-year-old woman came to the ambulatory urgent care center complaining of cramp-like pain in the left upper quadrant of the abdomen that was worse in the daytime, without nausea or vomiting. She had no B symptoms (unexplained fever, massive night sweats, unintentional weight loss). Ultrasonography revealed marked splenomegaly. Computed tomography showed tumorous splenomegaly with a predominantly liquid aspect (a). The spleen was totally resected as recommended by an interdisciplinary tumor board. It was massively enlarged (24 × 16 × 22 cm) and weighed 3.4 kg (b). Because of suspect intraoperative findings in the left ovary and the falciform ligament, these structures were resected as well. Histopathological examination revealed that the cause of all the tumorous changes was a serous carcinoma of the peritoneum. This rare tumor is usually seen in older women. It strongly resembles ovarian carcinoma, but is seven to twelve times rarer; like ovarian carcinoma, it has an unfavorable prognosis. The patient was given chemotherapy (carboplatin and paclitaxel). One year after surgery, she is being followed-up in the outpatient oncology clinic. 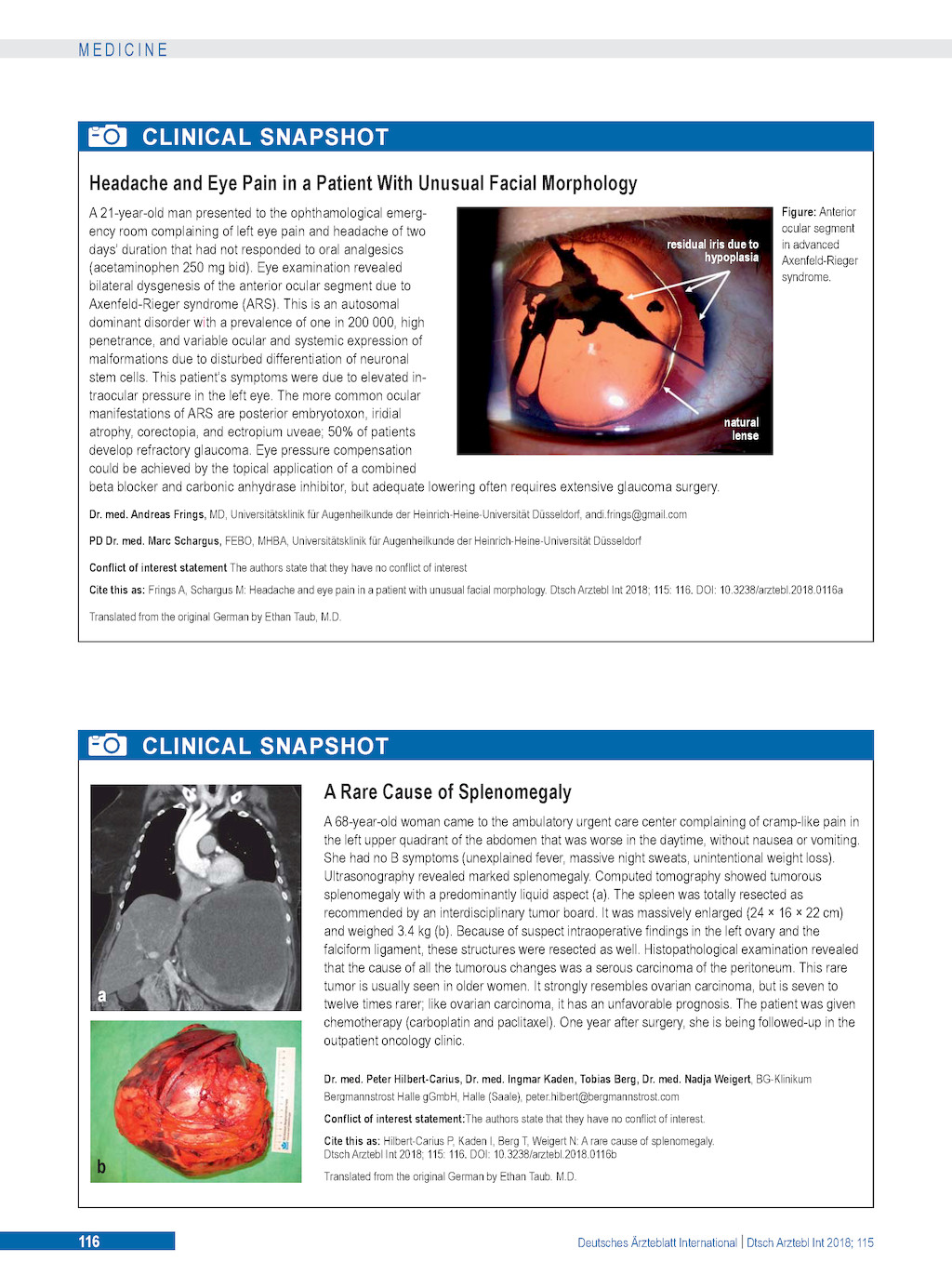