The Importance of Ergometry Was Underrated

We read with great interest the new clinical practice guideline on the diagnosis of chronic coronary heart disease (CHD) (1). Unfortunately, important aspects were not considered sufficiently in the article.

A look at the original articles on which the statement “chronic CHD is the cause of the pain in 8–11% of chest pain patients” is based throws up methodological weaknesses. The presence of CHD was not (invasively) excluded in all persons. Haasenritter et al. (2) themselves named as a limitation that only some patients had undergone relevant diagnostic evaluation for CHD. In the article by Bösner et al. (3), the diagnosis of CHD was not excluded with absolute certainty in all patients. Consequently, a panel decided on the “most probable underlying medical cause for chest pain.” The prevalence of CHD in the populations under study are likely to have been notably higher in both studies.

The clinical practice guideline rightly points out the low sensitivity and specificity of an exercise electrocardiogram (ECG) for detecting CHD. This does not take into consideration the fact that in the context of ergometry, further important parameters are collected, which justify the use of the method: performance ability, or fitness, is an independent prognostic factor. Abnormal blood pressure response under exercise test conditions can also indicate CHD. A fall in blood pressure during an exercise ECG is indicative of severe CHD. Hypertension on exercise testing, by contrast, is a cardiovascular risk factor (4). Last, but not least, an exercise test (ideally in combination with lactate response or spiroergometry) can be used to guide the recommended exercise and intensity of training, which was unfortunately not mentioned in the clinical practice guideline. 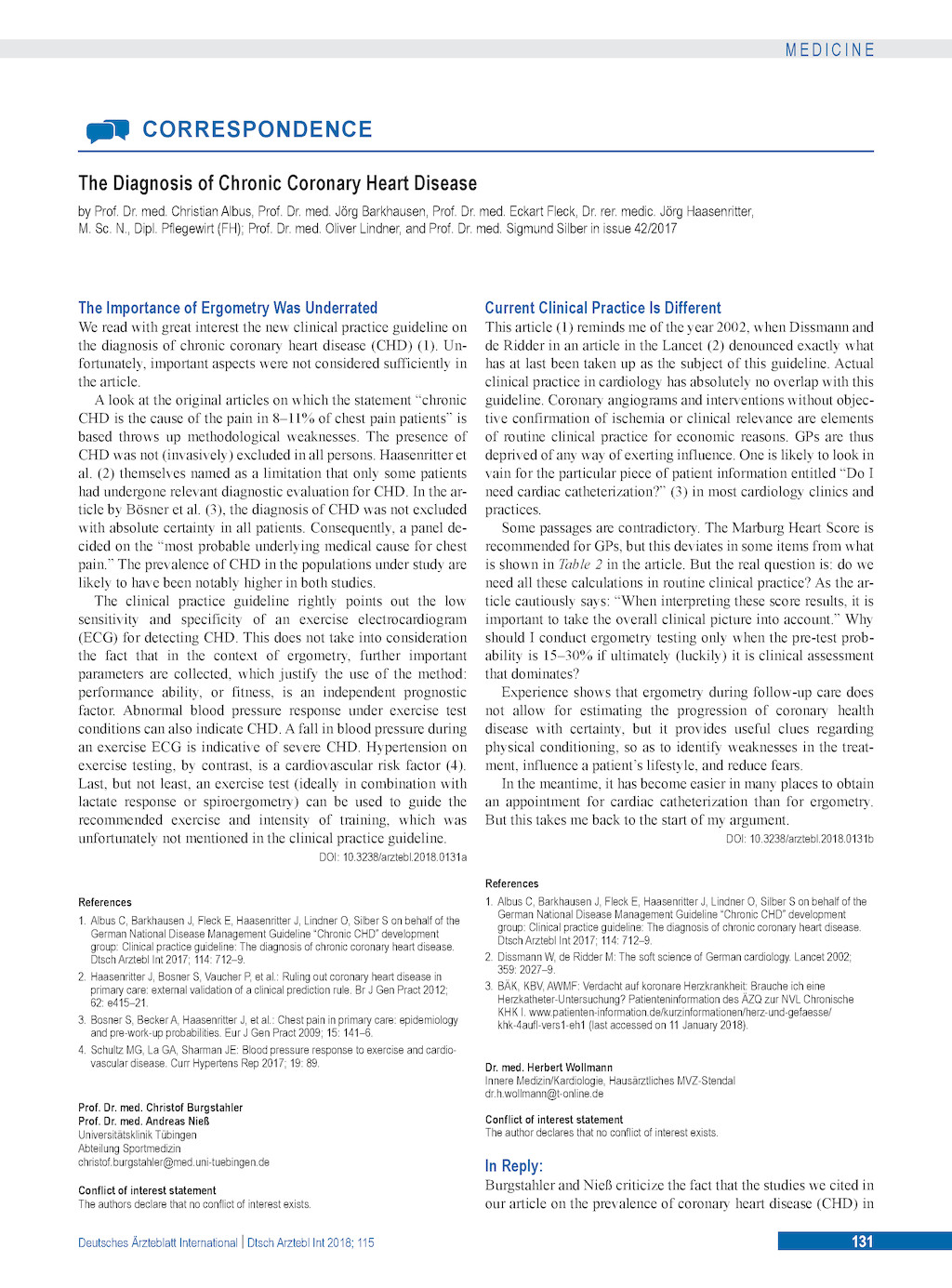